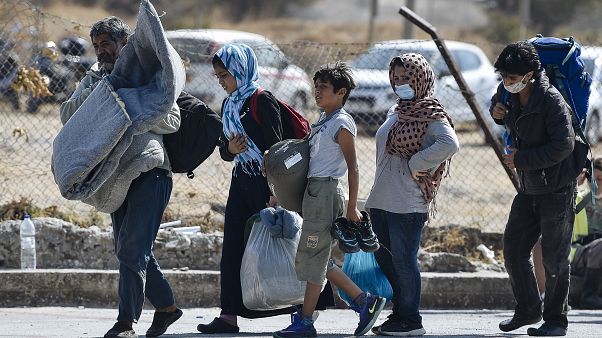 Germany plans to welcome more than 1,500 migrants from Greece after a fire devastated the Moria camp on the island of Lesbos, governmental sources have said.

This represents a sharp increase from the initial pledge to host some of the 400 unaccompanied children evacuated from Lesbos to mainland Greece following the September 8 blaze.

More than 12,000 people lived in cramped conditions in the Moria camp, which was built to accommodate fewer than 3,000. The vast majority of the 12,000 are now sleeping rough around the island.

Germany and France have both urged other European Union countries to show more solidarity and said the incident demonstrated the bloc needs to find a common answer to the migratory question.

The German plan to welcome 1,553 migrants – families with children – from five Greek islands was first approved by Angela Merkel, from the Christian Democratic Union, and Interior Minister Horst Seehofer, from the Christian Social Union in Bavaria, sources said.

It was then backed by the third coalition partner, the Social Democrats (SPD) whose leader had previously called for the country to take up thousands of migrants from Greece.

Some 400 families with children have already been granted asylum.

It comes as the International Organisation for Migration (IOM) called on the EU to urgently support the immediate shelter and care of the displaced migrants and refugees in Greece and to set up longer-term solutions rooted in European solidarity.

“While the priority right now is to address the immediate needs of migrants and refugees in Lesbos, more sustainable solutions are needed,” IOM Director General Antonio Vitorino said in a statement.

“The are many other children and families in need of this lifeline, and we urge more states to come forward and support ongoing efforts to de-congest the island and assist Greece,” he added.

Greece’s migration ministry announced on Tuesday that just 800 of the 12,000 asylum seekers on Lesbos have been housed in a new temporary camp on the island.

Many, however, are refusing to enter the new accommodation over fear they will be unable to leave once inside.

Officials also announced that five migrants have been arrested as part of the investigation into the fire, and that a sixth suspect is still at large.

Minister Michalis Chrysohoidis said the arrests “discredits the scenario” according to which “extremists” set fire to the migrant camp.

But incidents between asylum seekers and islanders, including far-right supporters, opposed to keeping migrants in Lesbos, have been increasing since last year.

Angry residents are called to demonstrate Tuesday afternoon to demand “the removal of migrants from the island”.