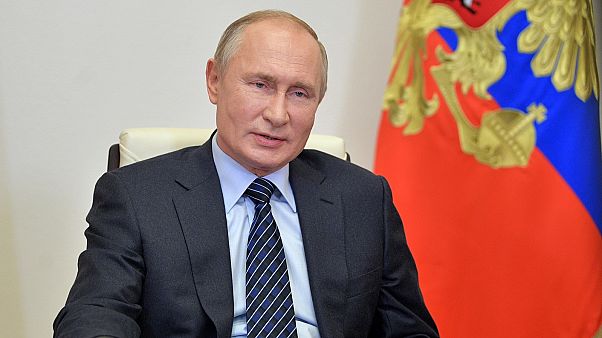 Russian President Vladimir Putin said on Thursday that he personally intervened to allow the evacuation of opponent Alexei Navalny to Germany after his poisoning with the nerve agent Novichok.

“As soon as this citizen’s wife approached me, I immediately ordered the prosecutor to check whether it was possible for him to leave the country for treatment,” Putin said, speaking via video conference at a discussion forum in Moscow.

According to the Russian president, Navalny, 44, might not have been allowed to leave the country because of “restrictions related to court cases” pending against him in Russia.

“I immediately asked the Prosecutor General to allow this [his evacuation]. And he left,” Putin added.

At the end of August, Navalny, the Kremlin’s fiercest critic, fell seriously ill during a domestic flight to Moscow from Siberia. After two days in a coma in a hospital in Omsk, he was allowed to receive emergency treatment in Germany after his family piled pressure on authorities to let him leave the country.

According to three European laboratories, whose findings have been confirmed by the Organisation for the Prohibition of Chemical Weapons (OPCW), Navalny was poisoned by a nerve agent from the Novichok group, a substance developed by Soviet-era specialists for military purposes.

Navalny, who has since been discharged from a Berlin hospital but is still recovering in Germany, directly accused Vladimir Putin of being behind his poisoning, a charge refuted by Moscow which deemed it “unacceptable”.

The attack on Navalny has further strained relations between Russia and the West. Last week, the European Union sanctioned six high-ranking Russian officials close to Putin who, according to Brussels, were linked to the affair.