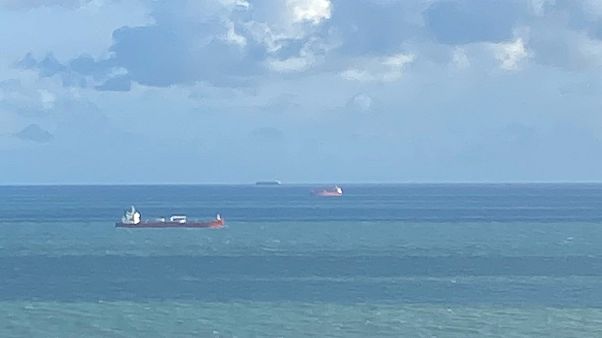 Police in the UK are dealing with an ongoing incident aboard an oil tanker in the English Channel off the Isle of Wight.

UK media reports claimed the vessel is the Liberian-flagged crude oil tanker the Nave Andromeda, which was bound for Southampton Port.

A three-mile exclusion zone has been put in place in the shipping lanes around the vessel, local press said.

A spokesman for Hampshire Police said: “We are aware and dealing with an ongoing incident onboard a vessel which is situated south of the Isle of Wight.

“We will provide you with further updates when we are in a position to do so.”

According to local media reports, two coastguard helicopter was seen circling the tanker from above.

“We are currently assisting Hampshire Constabulary with an incident onboard a vessel situated off the Isle of Wight,” a spokeswoman for the UK Coastguard confirmed to Euronews.

“The search and rescue helicopters from Lee on Solent and Lydd are in attendance.”

The Nave Andromeda left Lagos in Nigeria on October 6 bound for Southampton in the UK where it was due to dock on Sunday morning, according to the vessel-tracking website MarineTraffic.

Live map tracking of the ship showed it sailing erratically off the east coast of the Isle of Wight.

The Home Office, which is responsible for law enforcement and immigration, said it was aware of the incident.

Our journalists are working on this story and will update it as soon as more information becomes available.