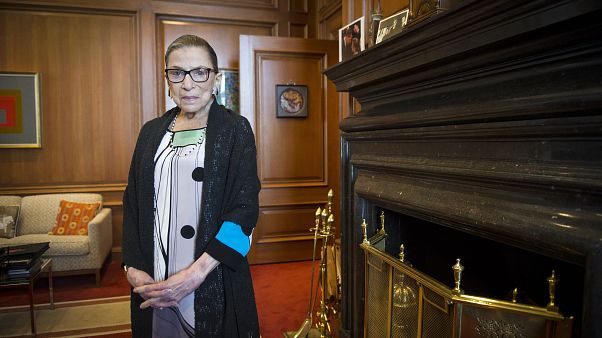 US Supreme Court Justice Ruth Bader Ginsburg has died at the age of 87, the nation’s high court has announced.

She died on Friday evening in Washington D.C. due to due to complications of metastatic pancreas cancer, the statement said.

Ginsburg’s health has over the past years been heavily scrutinised and her death comes just six weeks before the US presidential election.

“Our Nation has lost a jurist of historic stature. We at the Supreme Court have lost a cherished colleague. Today we mourn, but with confidence that future generations will remember Ruth Bader Ginsburg as we knew her — a tireless and resolute champion of justice,” the high court’s chief justice John G Roberts said in a statement.

Ginsburg, viewed as the leader of the court’s liberal wing, had become an icon of women’s rights. She had been affectionately nicknamed the “Notorious RBG”, with that being the title of a recent biography of her.

Ginsburg was just the second woman to be nominated to the high court and served more than 27 years after being nominated by President Bill Clinton in 1993. She was born in Brooklyn, NY on March 15, 1933.

A private interment service will be held at Arlington National Cemetery, the Court said.

US President Donald Trump ordered flags to be flown at half staff, calling her a “titan of the law”.

A debate over her replacement

The death of Ginsburg has already sparked debate in the US over whether President Donald Trump should nominate her replacement just six weeks before the US election.

Senate majority leader Mitch McConnell has already said the Senate will confirm a Trump nominee despite the process typically taking months to vet and confirm a candidate.

Former President Obama said in a statement that Ginsburg was “a relentless litigator and an incisive jurist” who “inspired generations, from the tiniest trick-or-treaters to law students burning the midnight oil to the most powerful leaders in the land.”

On the topic of replacing her, Obama said that Republicans had “invented the principle that the Senate shouldn’t fill an open seat on the Supreme Court before a new president was sworn in.”

“A basic principle of the law — and of everyday fairness — is that we apply rules with consistency, and not based on what’s convenient or advantageous in the moment,” Obama wrote in his statement.