Celent, a global research and advisory firm for the financial services industry, announced Bank Rakyat Indonesia (Bank BRI) as the winner of the Celent Model Bank 2021 Award for Financial Inclusion.

The award recognizes several initiatives from Bank BRI that have digitised the end-to-end processes of microloans, which together are significantly improving financial inclusion in one of the world’s most populous countries.

Bank BRI said that it aims for its mobile app to become the country’s next super app, a moniker previously only held by names like Grab and Gojek.

The government also announced grants under the Productive Presidential Aid for Microenterprises scheme, through which BRI disbursed IDR 18.5 trillion to 7.7 million entrepreneurs in 2020.

The stimulus package also included an MSME credit guarantee worth IDR8.7 trillion for more than 14,000 MSMEs as well as interest subsidies worth IDR 4.7 trillion to 8.9 million borrowers.

Furthermore, through Bank BRI’s digital transformation arm, it has accelerated the rollout of services and connectivity to the country’s most rural areas, where it’s often prohibitively difficult for locals to access a bank branch of any kind.

The catalyst for this initiative is Bank BRI’s branchless banking initiative known as BRILink. The programme empowers individuals and MSMEs to act as official banking representatives or agents of their villages and neighborhoods. 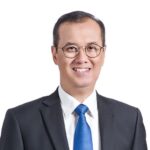 Indra Utoyo, Managing Director of Digital, IT, and Operations explained,

“There are now more than 504,000 BRILink agents in 70% of Indonesian villages. They’re offering BRI products and access to financial services to people who otherwise wouldn’t be included in the formal economy. 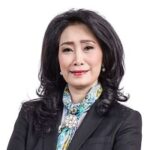 “This award from Celent is a massive vote of confidence in our efforts to expand financial inclusion across Indonesia, in line with our role as the nation’s largest MSME lender.”