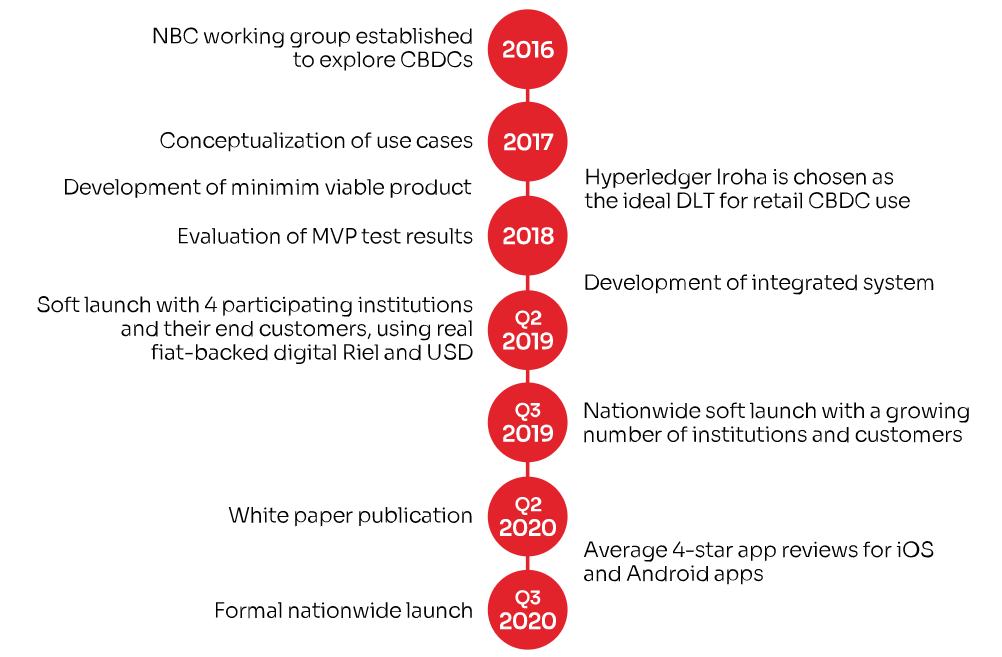 The National Bank of Cambodia has officially launched its retail central bank digital currency (CBDC) named Project Bakong, co-developed by Japanese fintech company SORAMITSU. The central bank is the first in South East Asia to do so.

Bakong is said to work seamlessly and securely in concert with Cambodia’s legacy payment systems, and has already been embraced by 18 financial institutions nationwide. A smartphone app allows anyone with a domestic phone number and bank account to maintain a digital Riel or USD wallet, transfer between accounts, and make person-to-person and point-of-sale payments via phone number or EMVCo-compatible QR code scan.

The purpose of a CBDC in Cambodia

CBDC has been widely acknowledged as a high-potential means of improving financial system efficiency, resilience, and inclusion. A 2020 Bank for International Settlements (BIS) survey of 66 central banks found that 80% of them were engaged in some form of CBDC research or experimentation.

The National Bank of Cambodia (NBC) began its CBDC work in 2016 with the inauguration of Project Bakong, named for a temple of the ancient Khmer Empire. The project’s aim was to explore the capacity of digital payment systems to mitigate burdens for banks, to encourage the use of the Riel, and most importantly, to enhance financial inclusion among underserved citizens.

The NBC concluded that fulfilling these criteria would require a retail CBDC, i.e., a fiat-backed digital currency designed for everyday citizen use as well as large-transaction interbank (wholesale) use. Distributed ledger technologies (DLT) was deemed the most promising way of implementing such a system.

In 2017, the NBC selected Hyperledger Iroha, a blockchain platform, commissioned by the Linux Foundation Hyperledger Project, which SORAMITSU maintains and develops for its retail CBDC use. The NBC and SORAMITSU teams collaborated for three years to implement the project.

Bakong Core is powered by Hyperledger Iroha, a permissioned append-only distributed ledger or blockchain, which records all transactions immutably in a chronological chain of records stored in multiple nodes. The core runs on a physical infrastructure maintained by NBC, but identical ledger copies are shared with selected institutions. This ensures redundancy and resilience. Byzantine fault-tolerant consensus is used to validate transactions across the ledger copies, eliminating the double-spending problem, the risk of fraud, and counterparty risk. 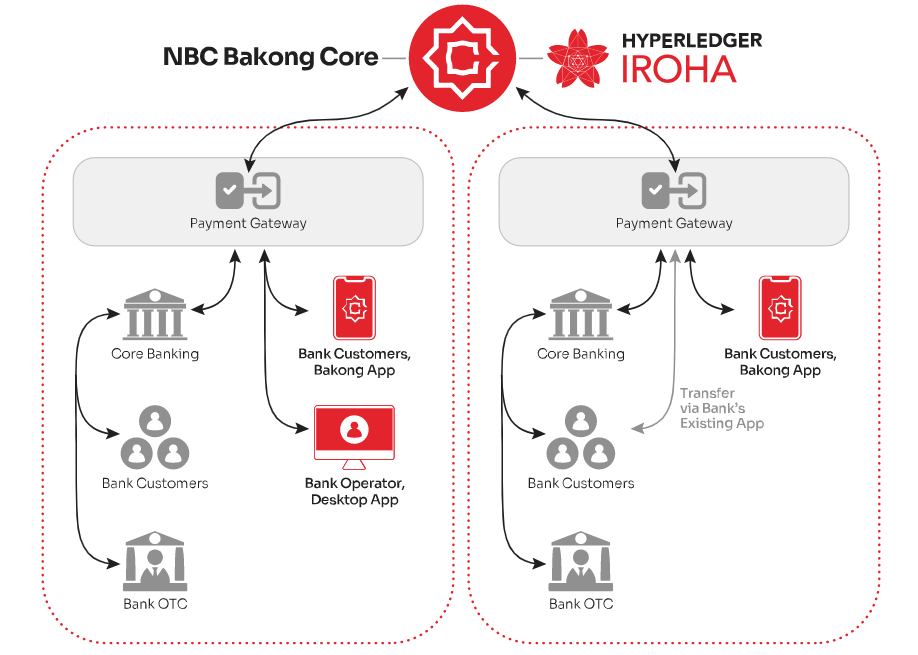 Features and advantages of Bakong

Bakong was designed to capitalise upon infrastructure investments made by the NBC during the 2010s. It upgrades a legacy interbank transfer system (FAST) by replacing its relational database with the Iroha distributed ledger, which is resilient by design against hardware failures, tampering, and cyberattacks. It also augments a legacy point-of-sale payment system (CSS) and various private services by allowing much faster and more convenient payments at no cost.

Bakong supports a tiered KYC system where end users can open a low-transfer-limit account using SMS verification, but higher-limit tiers require the user to register a government-issued ID at a bank branch. Tier limits can be dictated by NBC in accordance with current laws and best practices.

With regards to monetary policy, Bakong is currently neutral so the digital Riel and USD are fully backed by cash and do not bear interest. Bakong will not change the fundamental structure of the financial system, and because all digital Riel and USD wallets are backed by assets held at the central bank, bank runs are no more likely and liquidity risks are minimal.

From a broader economic perspective, Bakong is expected to yield benefits for consumers, MSMEs, financial institutions, and the central bank alike.

Will this system, transactions by end users will be free. Financial institutions will save on the cost of separate infrastructure and networks, and will be able to access the Bakong APIs to enrich their online banking offers. The NBC itself will benefit from a much more streamlined nationwide system.

Bakong will also reduce cost, access, and convenience barriers to financial inclusion. It will incentivise banks to develop services for underprivileged citizens, especially the young and digitally-oriented.

Moreover, Bakong’s transaction time is said to stand at around 3-5 seconds and its throughput at nearly 2,000 transactions per second. These rates promise scalability at acceptable costs.

Hyperledger Iroha has been audited by Nettitude. Its Byzantine fault-tolerant consensus algorithm guarantees that the integrity of the ledger can be maintained even if nodes are compromised by accidents or bad actors. 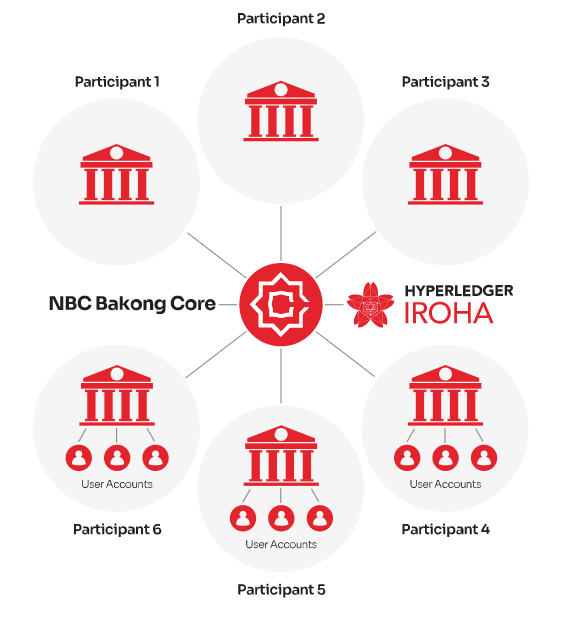 Since Bakong’s 2019 soft launch, its network of partners and users has steadily grown. Its official launch will enable NBC and its partner institutions to take full advantage of the Bakong infrastructure to promote the digital Riel and create new opportunities for citizens, especially those who are currently unbanked or underbanked. These citizens’ entrance into the financial system will engender new opportunities for Cambodian businesses in turn. 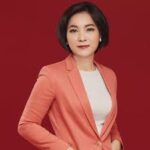 “We aim to improve financial inclusion, efficiency, and safety, as well as promote the use of our local currency. Bakong will play a central role in bringing all players in the payment space in Cambodia under the same platform, making it easy for end-users to pay each other regardless of the institutions they bank with.” 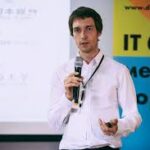 “We have been diligently building solutions with the National Bank of Cambodia for over three years now, and are currently readying the technology for deployment in other countries and new markets. It is an extraordinary honor to receive an award from Central Banking recognising our technical contributions to the practical realisation of central bank digital currencies.”

Featured image: Edited from Pexels and screengrab from Youtube