Despite the budget’s theme of “Emerging Stronger Together,” as with every budget, there will always be groups of people and entities who will benefit more than others.

The Singapore budget 2021 was no exception. In fact, given that our country is only at the start of its recovery from the Covid-19 pandemic and recession, it’s safe to say that this year’s budget, more so than in any other years, provides us with a strong indication of our government’s area of focus in the coming years ahead.

In this article, we highlight 8 groups of people and entities that stand to benefit more from the Singapore Budget 2021, as well as those who may be less excited about the budget’s announcements.

Whether you are a recently retrenched worker, a fresh graduate looking for your first job or a mature worker wishing to re-join the workforce, you will be glad to know that 2021 is likely a good year to find a job in Singapore, especially if you are a Singaporean.

While the preliminary seasonally adjusted unemployment rate for citizens as of December 2020 is still relatively high at 4.5 per cent, it’s also an improvement compared to the 4.9 per cent unemployment rate recorded in September 2020. This could be an early sign that the situation in Singapore is getting better.

Also, the government announced during the budget that it would be extending its support for schemes such as the Jobs Growth Incentive (JGI) and the SGUnited Skills, Traineeship and Midcareer Pathway Programmes. For example, under the Job Growth Incentive , companies can receive wage support of either 25 per cent or 50 per cent for local workers that they hire, up till September 2021. 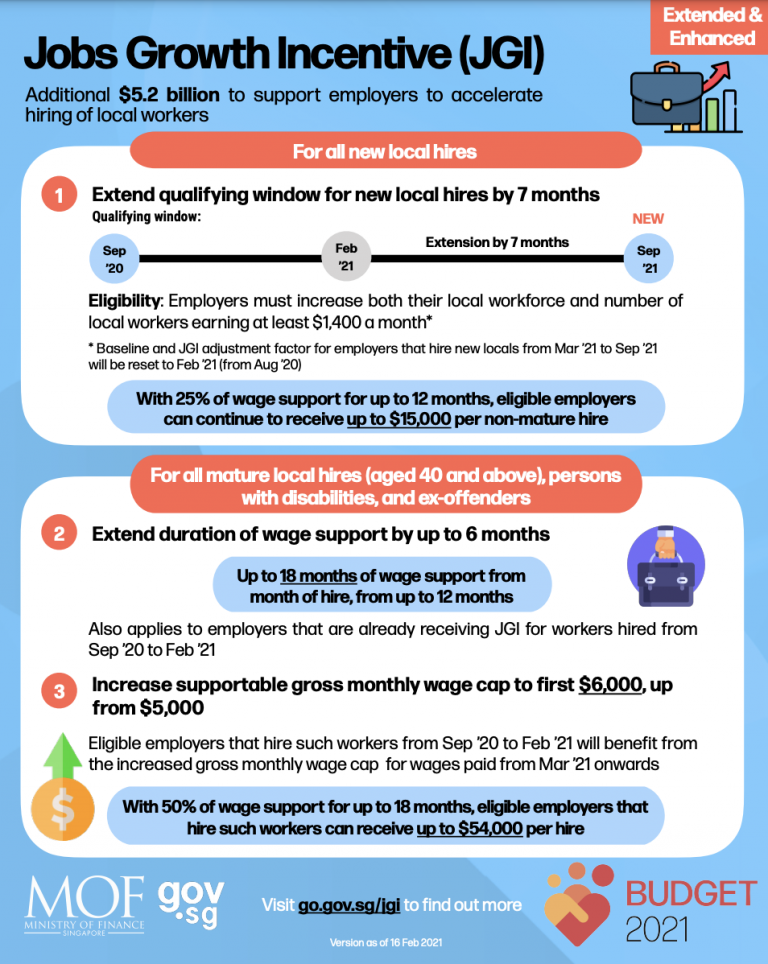 The SGUnited Traineeship and Midcareer Pathway Programmes also provide a heavy subsidy of 80 per cent on the allowance that paid to trainees who joined them.

By extending these job schemes, the government is providing strong incentives to continue hiring locals if they can afford to. This will improve the chances for job seekers who are looking to secure a job in 2021.

Winners: 2. Companies that want to expand their headcount

For these companies, expanding their headcount is a must to continue growing. At the same time, companies can continue to tap on generous government subsidies in 2021 to hire the local talents they need.

This is a win-win. While companies can grow quickly and provide good jobs to local workers at fair wages that are subsidised by the government, the government also gets to keep the unemployment rate low while still enabling good businesses to grow quickly during this period.

It has been a fantastic past two weeks for Tesla Electric Vehicle (EV) car lovers. After the Model 3 was launched in Singapore last week, the government follows up quickly on this during the budget announcing that as part of the Singapore’s Green Plan 2030, the Additional Registration Fee (ARF) floor for EV will be lowered from $5,000 to $0 from Jan 2022 to Dec 2023. Along with the rebates from the EV Early Adoption Incentive (EEAI), buyers of new fully electric cars could save up to $45,000. 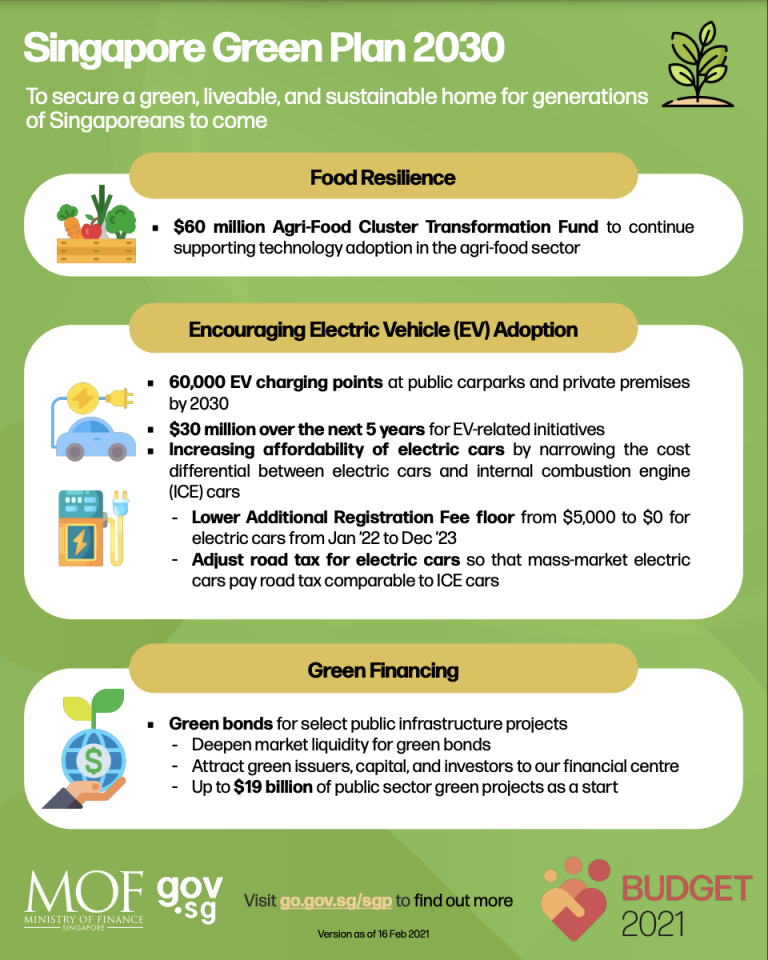 Additionally, the Government is rolling out the deployment of 60,000 charging points at public car parks and private premises by 2030, an increase of its initial target of 28,000. In total, $30 million over the next five years will be set aside for EV-related initiatives.

To help charities fundraise, the Government is extending existing charitable giving incentives. The 250per cent tax deduction for eligible IPC donations will be extended to the end of 2023.

Also, dollar-for-dollar matching for eligible charities under Tote Board’s Enhanced Fund-Raising Programme will be extended for a year. Likewise, ComChest SHARE As One matching period has been extended to 2023. Business and IPC Partnership Scheme to encourage corporate companies’ involvement in charitable work will also be extended to 2023.

If you thought that the Singapore Budget speech in 2021 felt a little like a National Day Rally, you are not alone in your observation. One notable difference in this year’s budget was the number of times companies were mentioned in the speech.

These companies include Tim Ho Wan, Durapower Technology, Eco-Ark and Synergy Singapore. In his speech, the Minister reference these companies as being exemplary role models who adapted new ways of doing businesses in the midst of the pandemic to strengthen their business growth.

If like most people in Singapore, you are don’t currently drive an EV, you won’t be excited to know that petrol duty rates will be increased by 15 cents per litre for premium petrol and 10 cents per litre for intermediate petrol with immediate effect. This means that you will now have to spend more on the petrol for your car each month, until you choose to switch to an EV.

While the government extended schemes such as the Job Support Scheme and the Job Growth Incentive , it did not extend some other schemes such as the Covid-19 Recovery Grant and the Self-Employed Person Income Relief Scheme (SIRS) . These were schemes that provided direct cash benefits to the groups of people who qualify for these schemes.

There were no mentions of these schemes during the budget. As such, Singaporeans who received these cash benefits in 2020, and who were hoping to continue receiving them in 2021 should look for employment instead if they require the income,

For the second consecutive year, Singapore’s national reserves will be called upon to provide additional money to fund government’s spending. For this year’s budget, about $11 billion will be drawn from past reserves.

However, it’s worth noting that of the $11 billion required from the reserves, $9.3 billion is actually unused funds that were already been set aside in the reserves from the 2020 budgets, but are not yet utilised.

While it comes as no surprise since we are still in the midst of a global pandemic, it’s also the first time in Singapore’s history when the national reserves have been tapped upon in two consecutive years.

This article was first published in Dollars and Sense.