Finders keepers? Not for this private-hire driver.

Nicholas Lee’s honesty paid off when his customer was reunited with a Hermes shopping bag they had left behind in his car, and he received a red packet filled with money in return.

In a Facebook post last Thursday (Oct 22), he shared how he dropped off the customer at Chua Chu Kang around 7.40 pm that evening, unaware that a bag was left in the backseat of his car.

It wasn’t until nearly two hours later, when his next passenger boarded, that the bag was discovered.

The red shopping bag had a Hermes logo printed on it, Lim noted.

It was another hour before the owner of the bag contacted him. Fortunately, Lee had just completed a trip within the area and was able to make his way over to them in 15 minutes.

He didn’t expect to receive a red packet as a token of appreciation.

In the photo attached in his post, five pieces of $10 notes stuck out of the packet. According to him, there were another five pieces inside, making the total gift to be $100.

Netizens praised him for his honesty and sincerity, commending him for a job well done, though others jokingly pointed out how the cost of the bag probably cost much more than what he was given. 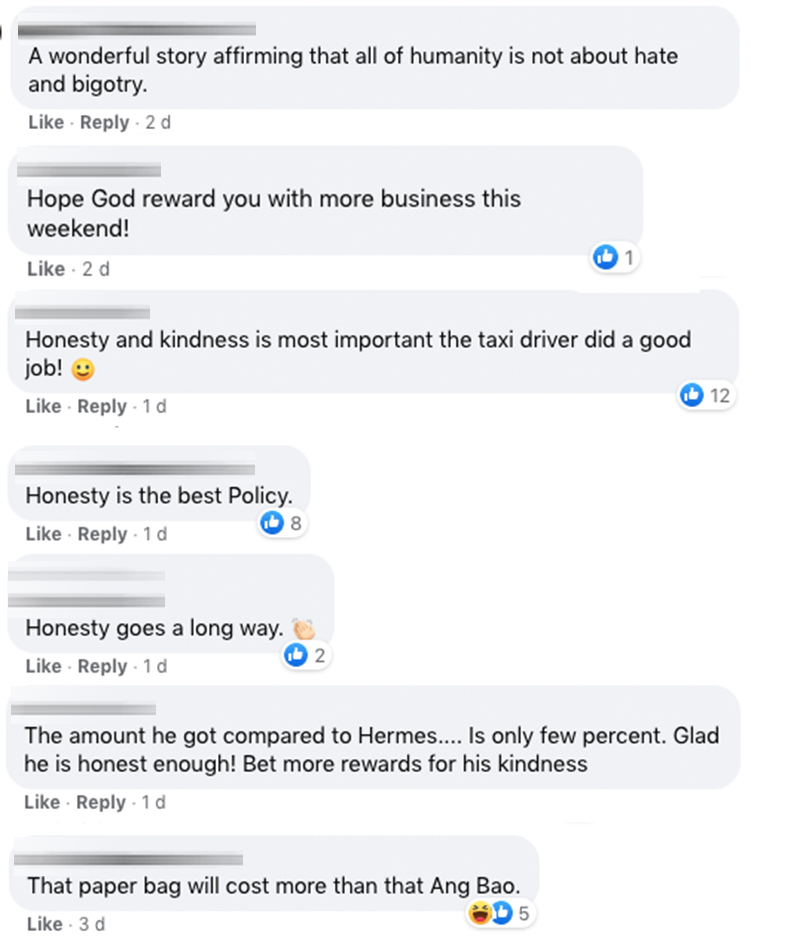