Singapore — In two Facebook posts on Sunday (Aug 1), Madam Ho Ching noted that the United Kingdom has seen a recent drop in both Covid-19 cases and deaths, largely due to its high vaccination rates.

Mdm Ho, the wife of Prime Minister Lee Hsien Loong and chief executive officer of Temasek Holdings, underlined the high vaccination rates for seniors in the UK, which Singapore needs to catch up to.

The UK has been in the news lately due to its Covid-19 cases being down by 33 per cent, even as many other countries are seeing a surge in infections, mainly due to the more transmissible Delta variant.

This accounts for their low death rate in the current UK Delta surge, at below 100 Covid deaths daily, unlike in January when they were tracking well over 1,000 daily deaths, and peaking at around 1,600 daily deaths…

UK is seeing a clear drop in new case numbers. This shouls (sic) translate into decline in daily deaths in a week or two,” wrote Mdm Ho in the first of two posts.

She noted that in comparison, in Singapore, while nearly 99 per cent of people from the ages of 40 to 69 have got vaccinated, for people aged 70 and older, the vaccination rate is just at “above 75% for 1st shot.”

In her second post some hours later, she noted that the “well protected” levels of people over the age of 50 is one of the reasons why “they are opening up confidently, despite Delta.”

The UK lifted all Covid curbs, including the wearing of masks, work-from-home arrangements and social distancing as of midnight on Jul 18.

“If we don’t do it now we’ve got to ask ourselves, when will we ever do it? This is the right moment but we’ve got to do it cautiously. We’ve got to remember that this virus is sadly still out there,” said UK Prime Minister Boris Johnson at the time.

But Mdm Ho pointed out that there was a risk the UK was willing to take that Singapore is not.

“Unspoken but implicit in their explanation why they chose to open up now than later is their assessment that they are willing to accept a surge among their unvaccinated.

Already based on their vaccination and their past huge surges, they are seeing 9 out 10 people with Covid antibodies.

We are not yet there in Sg, and we are not prepared to see deaths surge among our elderly,” she wrote.

Therefore, this explains the push toward getting older Singaporeans vaccinated sooner rather than later. 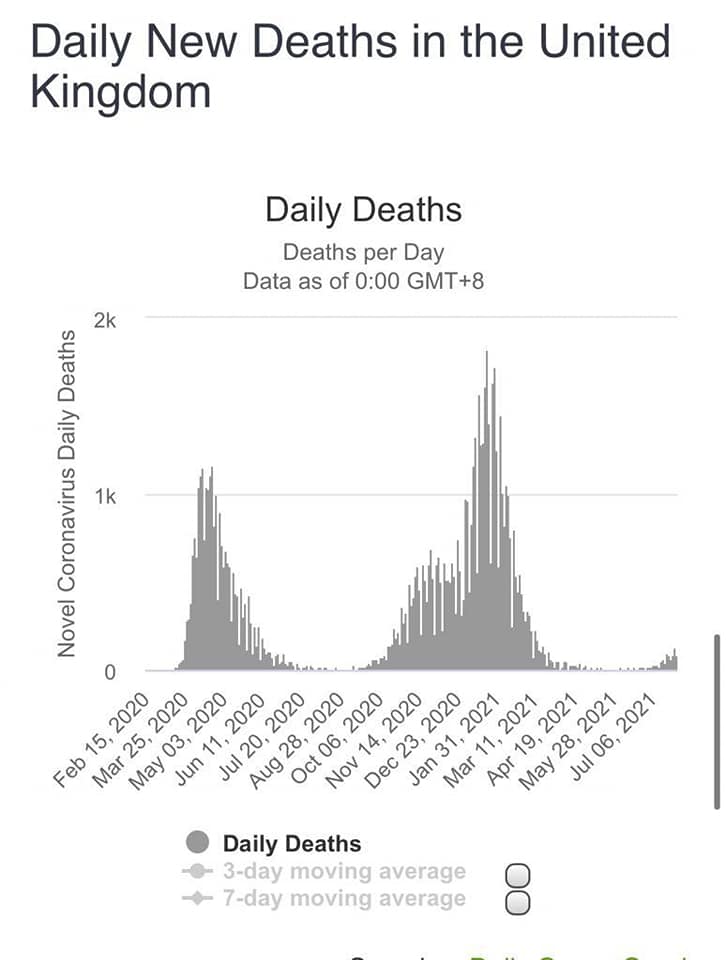 “We mustn’t wait, if we have old folks at home.

We mustn’t wait till it’s too late

to regret not going early to vaccinate.

Even 1 shot is better than none.

But do that 1st shot early pls.”

Read also: Ho Ching: 2 shots of Sinovac may be equivalent to 1 shot of Pfizer

Ho Ching: 2 shots of Sinovac may be equivalent to 1 shot of Pfizer

Send in your scoops to news@theindependent.sg