While driving around the estate carpark on Monday (Oct 18), a Tampines resident crashed his car into a nearby flat, causing a large hole in the wall.

A 23-second video of the aftermath, circulating on social media, showed the car being towed away, as well as the damage done to the wall. The front of the car appeared to be damaged as well.

The police told AsiaOne that they were alerted to the incident at 2.12pm at Block 718 Tampines Street 72. The driver, a 62-year-old male, was conscious when conveyed to the hospital.

This video posted on Facebook garnered more than 260 reactions and shares.

Aside from speculation as to how the driver crashed into the wall, some netizens were also concerned about the integrity of the building, given how badly damaged the wall appeared to be from the video. 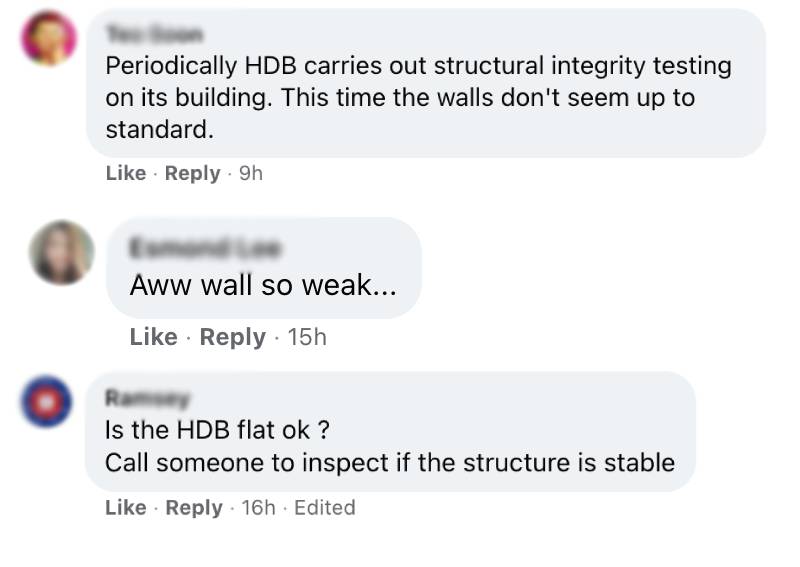 Tampines Town Council also provided a Facebook update regarding the situation, stating that “no other injuries were reported in the accident”.

Member of Parliament for Tampines GRC Koh Poh Koon also indicated on his Facebook page on Tuesday that the Town Council has “swiftly assisted to cover the broken parts temporarily”.

“I was worried to learn that one of my residents was involved in an accident yesterday at Block 718,” he said, adding that the driver suffered minor injuries and was taken to the nearest hospital for further check up.

According to the police, investigations are ongoing.