SINGAPORE – It will be an unprecedented accomplishment for Singapore to ride out the current wave of infections without paying a price in human lives, said Health Minister Ong Ye Kung on Wednesday (Sept 15).

This is why the country is watching so closely to see if more Covid-19 cases will lead to more severe illness and death.

Speaking virtually at the Asean-EU Health Summit, Mr Ong noted that smaller European countries such as Denmark currently have very few deaths now that most people have been vaccinated. But these countries managed to do so only after they went through several waves of illness.

“But you can see that after going through such waves and incurring many deaths, they settled down to a level where society can get back to normal,” he said.

In contrast, Singapore’s current wave of transmission started 23 days ago, with about 6,600 new infections in that time. There were also seven admissions to intensive care and two deaths, which were predominantly accounted for by unvaccinated people.

The country is riding this wave in a “relatively naive state, without natural antibodies but with vaccine-generated immunity”, Mr Ong said. Thus, it is prudent for the Republic to hold its position while deciding on its next steps.

Asked if Covid-19 vaccinations would become mandatory, the minister said Singapore’s decision to make them optional is in line with what most other countries are doing.

Masks, however, are likely to be “one of the last things to go”. This is because they are a simple, yet effective, method of slowing down the virus’ spread.

The hybrid event, which was organised by the EU-Asean Business Council, saw experts from around the region discussing health solutions for a post-pandemic world.

Mr Ong, who was asked to share his thoughts on Singapore’s experience, said five things have helped the country bear up under the pandemic’s onslaught. They also have long-term implications for the nation’s healthcare system. 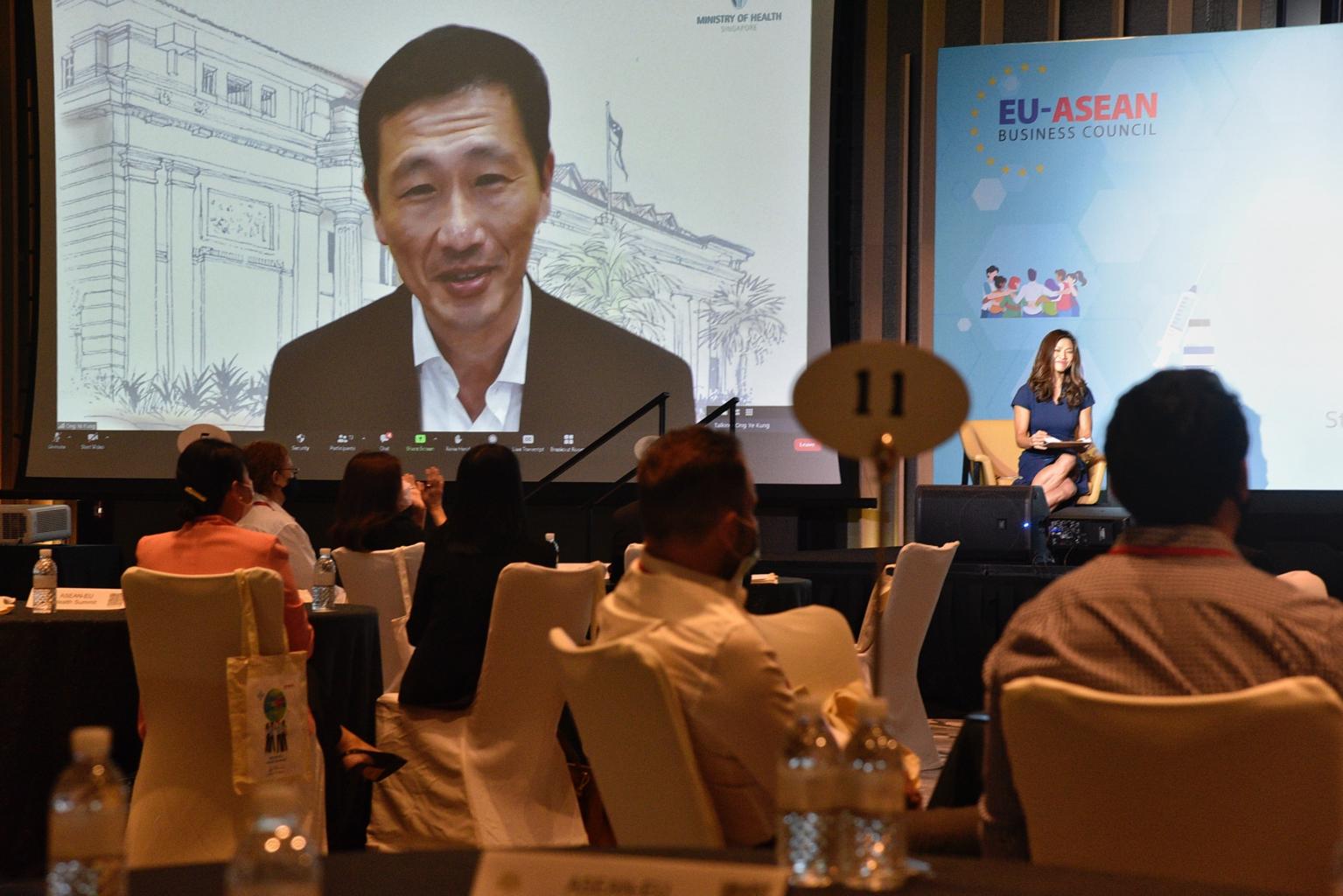 Vaccination has helped save lives, while a strong primary and community care system acted as a first line of defence by picking up Covid-19 cases early.

Telemedicine – which had a “patchy” take-up rate before the pandemic hit – was quickly scaled up, especially since more patients are set to recover at home rather than in hospitals or community care facilities.

Lastly, Singapore is building up its capabilities to manufacture and distribute vaccines. At present, the country serves as a vaccine distribution centre to Australia, New Zealand and countries in South-east Asia.