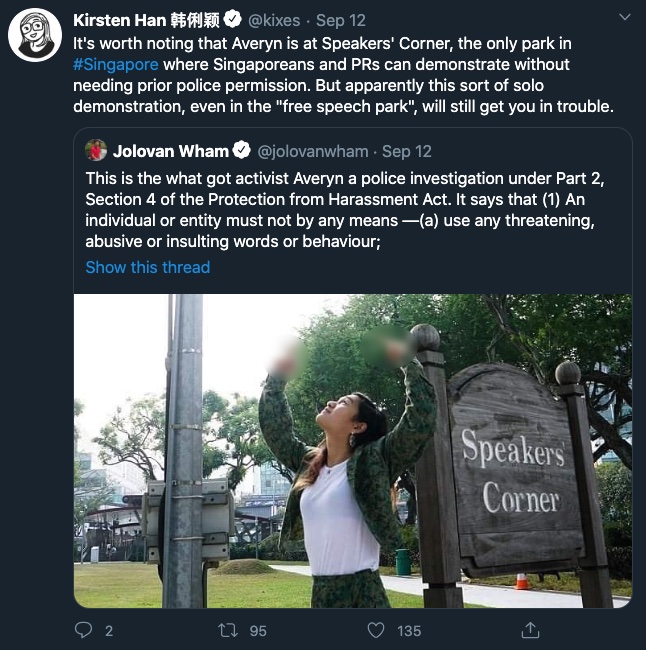 A woman was accompanied by her fellow activists to Tanglin Police Division last Friday (Sept 11), after she got in trouble for posting an image that was deemed alarming.

It was a picture of her flipping the bird at police cameras situated at Speakers’ Corner in Hong Lim Park.

The activist — known as Averyn — had posted the image on her Facebook page on November 6 last year, when she pointed her middle fingers up at the CCTV security cameras while wearing a camouflage outfit. It was accompanied by a caption that expressed her dismay over “militarised surveillance” and the silence over marginalised communities.

This, according to social worker and activist Jolovan Wham, garnered a police report filed against her on May 15 earlier this year.

Wham and other activists, including journalist Kirsten Han, accompanied the woman in a show of solidarity when she attended an interview with the police last Friday.

Meanwhile, several netizens were puzzled as to why someone could find the picture offensive enough to warrant a complaint. 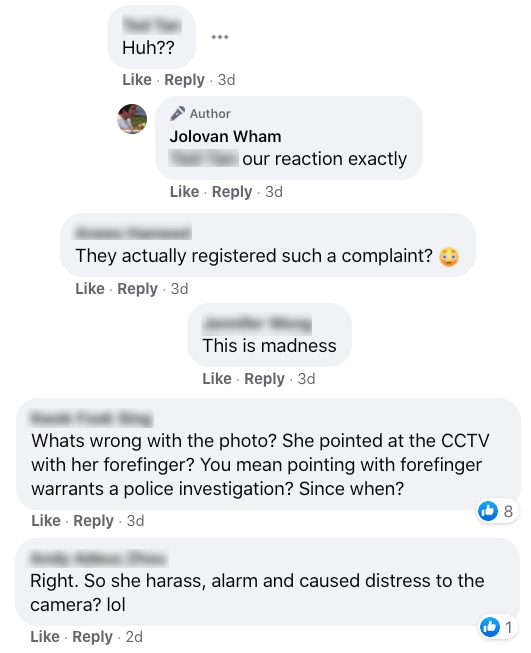 When contacted by AsiaOne, the Singapore Police Force (SPF) confirmed that it is looking into the case.

“A report was lodged and investigations are ongoing,” the police stated.