As Ramadan enters its final days, a spate of incidents has led to renewed debate online about religious piety and whether behaviour during the Muslim fasting month should be policed.

In Singapore, where about 15 per cent of the population are Muslim, a viral video has emerged showing a woman scolding an Indonesian worker for eating during daylight hours, threatening to report the worker to MUIS, the Islamic Religious Council of Singapore. Internet users rushed to the worker’s defence, insisting she was entitled to observe Ramadan in her own way and criticising the other woman for interfering.

During Ramadan, Muslims cannot eat, drink, smoke or engage in sexual intercourse from sunrise to sunset. However, Mohammad Imran Mohamed Taib, founder of the Centre for Interfaith Understanding in Singapore, said Muslims who are fasting should be mindful of their own conduct and not be quick to anger, act indecently or commit vices.

“The rules pertaining to fasting apply to individuals who are fasting,” Imran said. “They do not apply to people who are not fasting or to the general public. For example, a person who is fasting has no right to stop another person who is not fasting from eating or drinking.”

There are exemptions to fasting, Imran said, including a person who is ill and needs to take medication; a woman during her menstruation cycle; a pregnant woman who fears for the safety of her child as well as her own; and a person who is travelling on a long journey.

Despite these exemptions, examples of community policing have emerged, including in Muslim-majority Malaysia, where some non-Muslims have resorted to placing their identity cards on restaurant tables to avoid being questioned by authorities or members of the public.

Last month, Malaysian actress Izara Aishah tweeted that her non-Muslim friends and Muslims who were not able to fast should feel comfortable eating in front of her.

“It’s not rude. Islam is not difficult. It’s the culture and I don’t practise that kind of culture,” she wrote in a post that was retweeted more than 18,000 times. While some people agreed with her, others pointed out that it was down to manners and that the actress should better understand her religion.

Malaysia also has stricter provisions for consuming and serving food during Ramadan than Indonesia and Singapore, although these apply only to Muslims.

“Each state in Malaysia has its respective state enactments which make it an offence for Muslims to eat and drink in public during the month of Ramadan,” said Lim Wei Jiet, a dispute resolution lawyer.

“[In Kuala Lumpur], a person can be fined up to 1,000 ringgit (S$325) or sentenced to six months’ imprisonment, or both. The same provision also applies to selling food and drinks.” 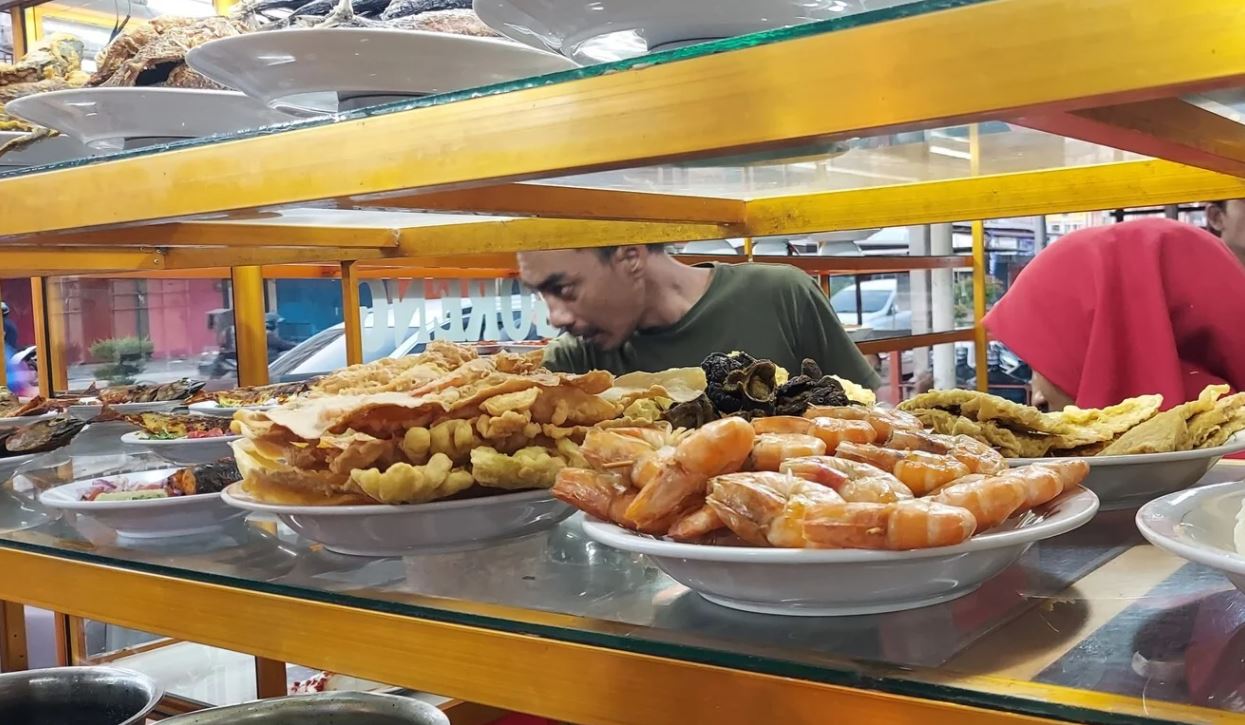 In neighbouring Indonesia, there is no nationwide ban on serving or consuming food and drink but local restrictions and sensibilities apply.

This year, for example, in the city of Padang in West Sumatra, civil servants were cautioned against eating in public.

“Civil servants are paid to work and not to graze,” Suhardi, the head of the Padang Personnel and Human Resources Agency (BKPSDM), said in April. “Our civil servants need to set a good example to the public,” he said, adding that unspecified “sanctions” would be imposed on any civil servants caught eating.

The only province in Indonesia to enact sanctions during Ramadan is the semi-autonomous Aceh, which follows sharia law.

“From the time of our ancestors, we always observed not selling or eating food in public during Ramadan,” said Nasier Husen, a journalist from Aceh. “The sharia rules have just made it more official, but in previous times in villages around Aceh, it was common for people to have their restaurants raided by concerned citizens and their food thrown away.

“The reason for this was not to diminish anyone’s human rights, however, so we need to be careful how we view this issue even in the present day.

“People can eat if they want but they need to do so at home. They can’t do it in public because Acehnese people believe in respecting other people who are fasting and respecting the Muslim holy month. Not eating in public is our way of showing solidarity to our Muslim brothers and sisters around the world. It is more of a cultural phenomenon than a legal one.”

According to Imran in Singapore, attitudes to fasting are bound to vary.

“There are different conceptions of what it means to be religious,” Imran said. “One’s piety can either be outward-driven or inner-driven. An outward type of religiosity seeks conformity of the other [people] to one’s own ideas and conduct. An inner type of religiosity is more concerned about one’s own internal state of piety and spirituality.

“As for Muslims who are devoted to their religion, they should reconnect with the deep spiritual reservoir of Islam that teaches and promotes goodwill and commendable behaviour.

“An inner-directed religiosity is self-aware and looks into improving one’s own spirituality and relationship with the divine, and to be charitable and kind towards family members, neighbours and strangers alike.”

Muslims should use Ramadan to seek reconciliation instead of creating discord by reprimanding or policing others, he said.

“Religious policing and vigilantism should have no place in an open, democratic and plural society that has deep diversity both across and within a religious or non-religious community,” he said.