For many students, the Primary School Leaving Examination (PSLE) is viewed as a milestone that determines one’s education pathway, or even one’s career.

In a bid to bust that myth, a secondary school teacher posted a TikTok on Tuesday (Nov 23) — the eve of the PSLE results release date — to prove that grades won’t make or break your future.

“Comment your PSLE score and what you are doing now,” the teacher, identified as Alvin Lee, wrote in his nine-second-long video.

In the video’s accompanying caption, the teacher revealed that he scored 234 for his PSLE, and he “achieved his dreams”.

Adding some words of encouragement to students receiving their results, he said: “Not the end of the road but the start [of] the road ahead. Don’t let those scores tell you what dreams and aspirations you can or cannot have.”

The TikTok has garnered more than 150,000 views and more than 4,000 comments. TikTokers — consisting of both students and adults — came forward to share their scores. 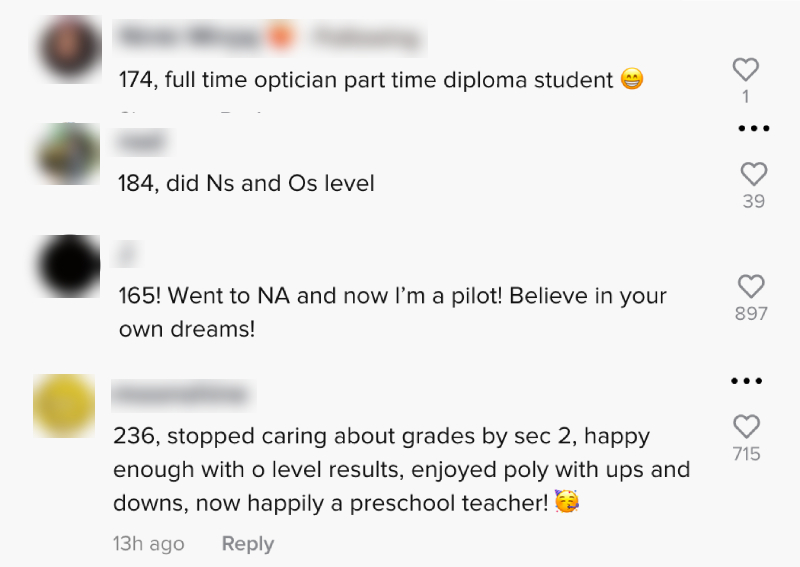 There were also some students waiting to receive their results in the comments, who were met with well-wishes.

Prior to Lee’s TikTok, many have taken to social media previously to encourage students who may not have done as well for the PSLE.

One example is the Life Beyond Grades campaign, which was launched in 2018 by a group of parents who “hope to shift mindsets away from the relentless pursuit of results”.

The campaign also has an Instagram page which contains tips for parents to help reduce the academic pressure on their children.