A recent police appeal for information on a missing 16-year-old boy became the centre of attention on social media, but for the wrong reason.

According to the police’s tweet, the teen was reported missing on Tuesday (Feb 16) at about 5.40pm. He was last seen at Bukit Batok Street 25, wearing a red short sleeve jersey, grey shorts and white shoes.

The appeal was reshared on Facebook the following day to a group named Abolish CECA Petition, which calls for the abolition of the Comprehensive Economic Cooperation Agreement between Singapore and India.

It sparked a series of comments among those in the group, where they focused more on the teen’s nationality than his whereabouts. 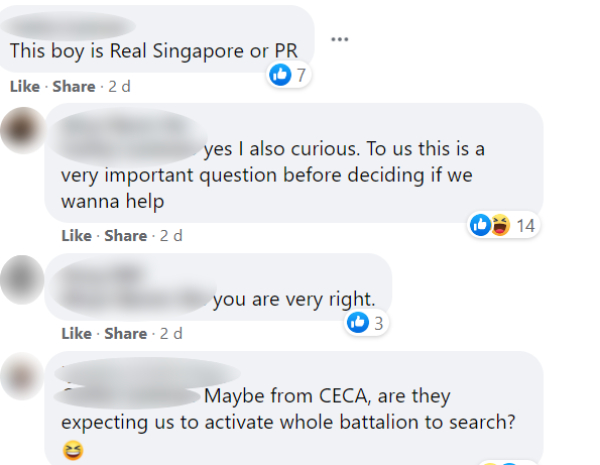 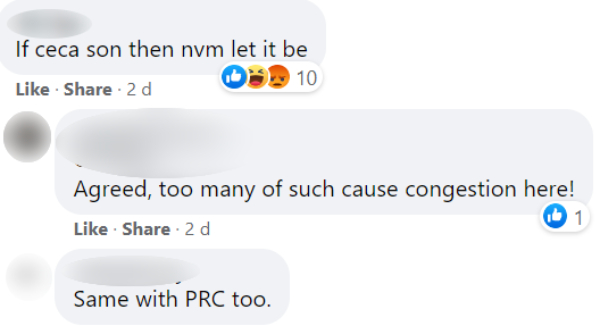 Their responses became the topic of heated discussion on Thursday after a Reddit user shared screenshots of the comments towards the missing teen who is of Indian ethnicity.

Redditors talked about xenophobia in Singapore, which the user suggested could be used as a “vessel of racism” towards Singaporean Indians. As of writing, the post has garnered more than 4,000 upvotes and 639 comments.

Noting increased tensions between Singaporeans and foreigners during the Covid-19 outbreak, former Minister for Culture, Community and Youth Grace Fu stressed the importance of ensuring social cohesion during a dialogue on race last May.

“In the worst of times, it is easy to blame someone who is different from ourselves, when it is due to race, religion or nationality. What we must realise is that viruses do not discriminate, people do,” she said.

If found guilty of wounding racial or religious feelings, a person may be jailed up to three years or fined or both.

As of Friday, the missing teen has been found and returned home, the police said.