AsiaOne speaks to Singaporeans who are overseas during the Covid-19 pandemic and see how they are coping. Know someone with an interesting story to share? Let us know!

Singaporeans are under stricter social distancing measures till end of May, but for 33-year-old Rax Suen, that’s a step up from his lockdown experience for the past two weeks in a country far from home.

Rax has been stuck in Buenos Aires, Argentina, due to the pandemic since March last year. The digital nomad happened to be in the city when Covid-19 hit the region badly and travel was disrupted due to the lockdown.

The current situation is a marked change from when we first spoke earlier in March. Then, Rax reported that although the situation was still bad in comparison to Singapore, it had somewhat stabilised.

Argentina, a country of 45 million, has registered over three million infections and more than 64,000 deaths to date.

As with many parts of the world, however, the country is experiencing a fresh wave of Covid-19 cases. Since mid-April, an 8pm to 6am curfew has been implemented, and it will be extended till May 21.

Rax, a graphic designer who has worked remotely for the past three years, was in Argentina en route to other parts of South America when the first wave of the pandemic hit. He decided to wait it out instead of catching the first flight back home. 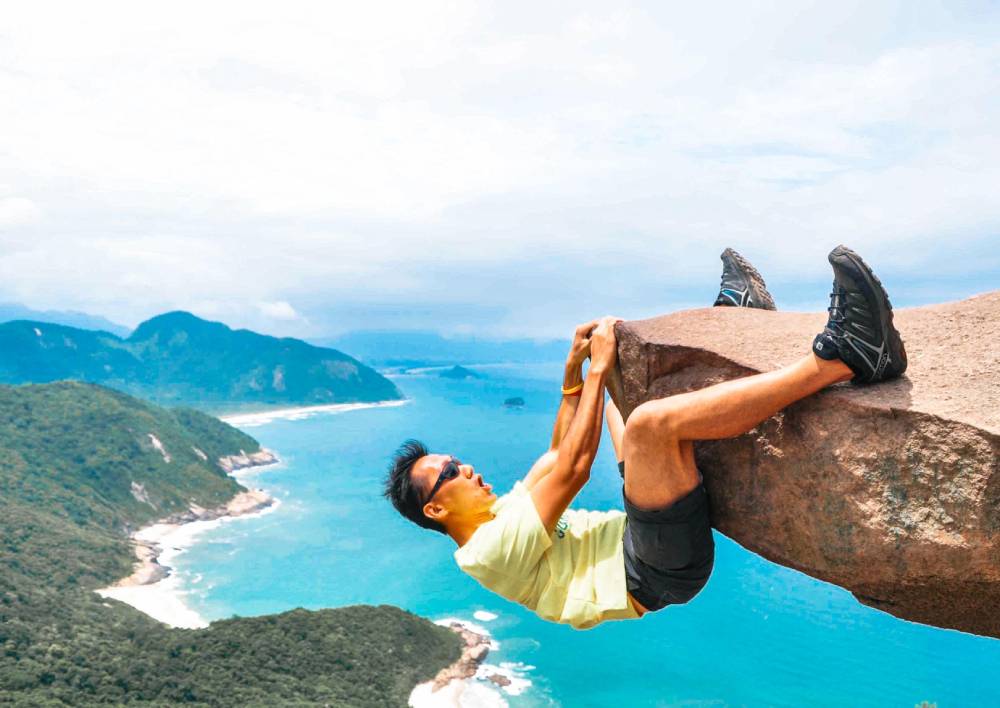 “Borders were not open which meant you might be paying a two-way ticket price for a one-way flight,” he shared.

He was familiar with the area from his previous travels and thought it was a good decision to stay put. “I am plugged in to the expat community here. I know there are people that can help if needed, versus potentially getting stuck somewhere else.”

It also made sense due to the favourable time zone as his client base is mainly in the US. An opportunity to come back home opened up in December when a ticket at a half-decent price was suddenly available, but a moment of hesitancy later it was snapped up.

“In hindsight, that might have been a good moment to make a move, but I was expecting that things would get better gradually. Unfortunately, the emergence of the new variant complicated things.”

Alarmingly, Rax suspects he might already have contracted Covid-19 without knowing.

“In the summer of last year when the city opened up, I met up with a lot more expats. And lately, I just realised that almost half of them have actually caught Covid-19.”

Rax recounted: “There was a girl that I met during Christmas and during New Year’s, she said she caught Covid-19.

“So I thought s***, there’s actually a very good chance that I caught the virus too but I just didn’t feel anything.”

He rules out taking the vaccine in Argentina because as it stands, demand appears to outstrip supply. “There’s no point trying to fight for it.”

Rax admitted, however, that life has been good in Buenos Aires. With his sustained income of “at least $3,000”, surviving well in Argentina is not an issue.

On good months, his income can also hit $10,000 and beyond, but the amount he makes hinges on whether he happens to be travelling more that month.

The flexibility of time he enjoys is definitely enviable, but Rax reminded us that he didn’t get there without paving the way first. Rax took about year to build his overseas client base on freelance platforms such as Fiverr and Upwork before taking off.

And he revealed that what started out as a side gig to bring in some income, as his tech start-up then wasn’t making money, soon became his main business.

Of his typical day, the avid globetrotter for the past 10 years shared that he “travels first and works later”.

“I don’t care if I have to be up at my hostel at midnight doing my own stuff. Of course if I have to work then I have to do it, but I cater my work schedule around my travel.” 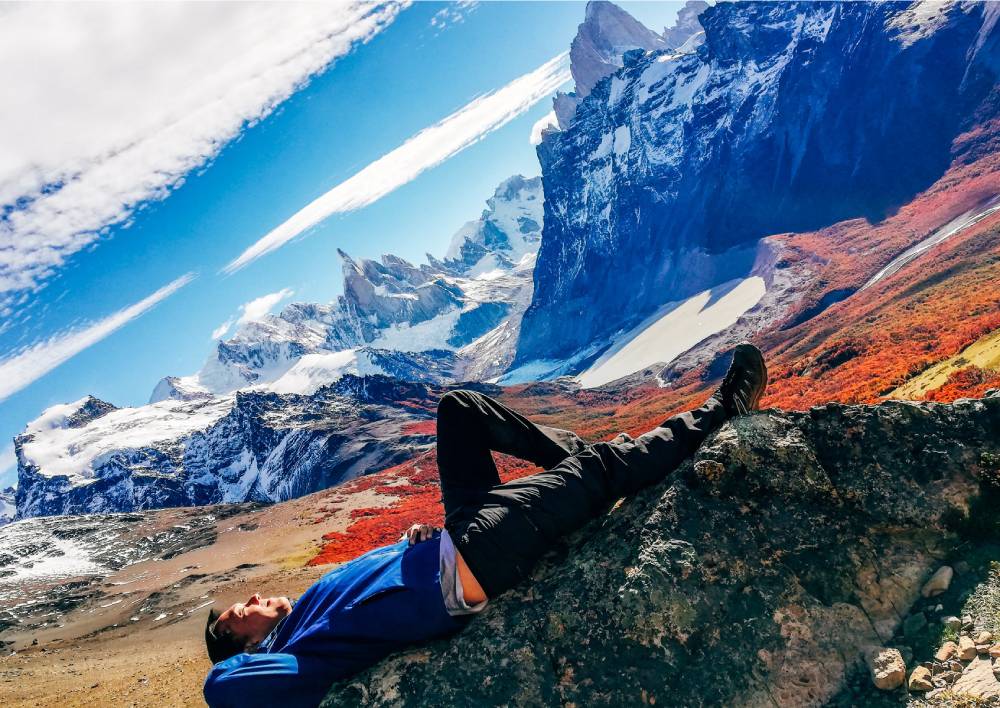 One may assume that Rax’s non-traditional mindset is typical of millennials — as they say, #YOLO.

But Rax begged to differ. “I don’t really think I ever had that YOLO mindset.”

He echoes the view of other digital nomads that the label is highly misconstrued these days.

“People shouldn’t be mistaken to think that (being a digital nomad) is just a very good life of all travel and no work,” sharing that “what you see on social media is not the whole picture”.

On some days, Rax shares that he easily works till 4am or clocks 12-hour days.

“I think it’s more of being able to chase life goals while still building a career path that you like, and not giving them up just because of work.”

From techpreneur to digital nomad 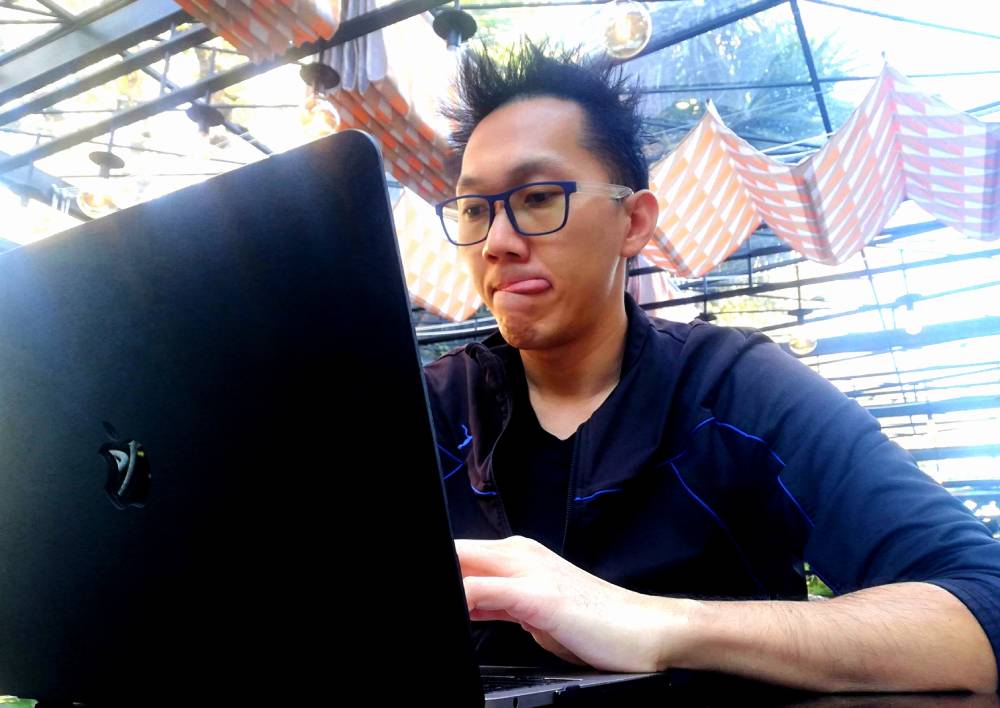 The pivotal life change for Rax occurred about five years ago as the then-27-year-old was transitioning out of his failing start-up business.

“I became more focused on life I guess, while previously I was a lot more into my business. It was almost like something just clicked.

“I realised that life is only so long. Businesses take time to build, it’s not an instant kind of thing. And that is when I realised that I will just go do what I want in life first, because youth is limited,” said Rax, who posited that youthful impatience is in conflict with the time it takes for hard work to bear fruit.

“I also started to realise the older you get, actually your business acumen just tends to be better. If I look back on a few years ago I’d probably tell my younger self, like, what the s*** are you doing?”

With age comes maturity when it comes to decision-making, “but of course when you’re young you have more of the drive, so it’s a balance”.

What gave him the courage to pursue this lifestyle, and what he often tells friends, is his belief that even if one returns to Singapore without a job, there are still ways to survive.

“In Singapore, there’s no way you will starve to death,” said Rax, quoting a local Mandarin saying. In the worst-case scenario, “I’d just work at McDonald’s or find an odd job — you can still live.”

But Rax would still urge others to err on the side of practicality, advising against “going off without thinking about how you’re going to survive”. “Otherwise, it’s going to be a trip that just burns off all your savings.”

What Rax appreciates about his journey, though, is being constantly challenged on his life perspectives from meeting fellow travellers along the way.

What he finds is that as Singaporeans, “our mentality is always the same”. “It’s the nine-to-five, build a family, find a good job, kind of thing,” he said, adding that travelling has offered him a more “global perspective”.

But he stressed that there’s really no right or wrong when it comes to differences in opinions.

“You don’t have to agree with another person’s perspective, it’s a lot more about being able to see where he or she is coming from. You may still choose to stick to your opinion and there’s nothing wrong with that.

“But it’s just being able to take in another person’s perspective without any judgement or criticism.”

He gives the example of customers calling out or flailing their arms to get the attention of service staff at a busy restaurant — an action that seems to be the done thing in most Asian societies. But to a 20-year-old Australian traveller whom Rax met in Romania, this signal of impatience is a no-no.

His interactions with others have also made him more conscious of his own thoughts. “I find it very powerful because mindset is everything.

Rax was able to chart his own personal growth through some not-so-pleasant experiences while on the road.

“I suffered the biggest financial loss in Peru when my room got broken into.” He lost his laptop, his camera, all his electronics and cash.

“My younger self would have panicked straightaway,” said Rax, adding that the stress and anger would probably have made him “curse at everyone”.

But Rax was able to stay cool when it happened and saw the one bright spot — he still had his passport, which laid untouched right on his bed.

“I just had the mindset that I needed to do whatever it takes to sort this out so that I can continue to cater to my clients,” said Rax. His clients, despite not having ever met him face to face — some of whom he’s never even talked to over the phone — were surprisingly understanding and supportive.

“That was the very heartwarming part,” he shared. 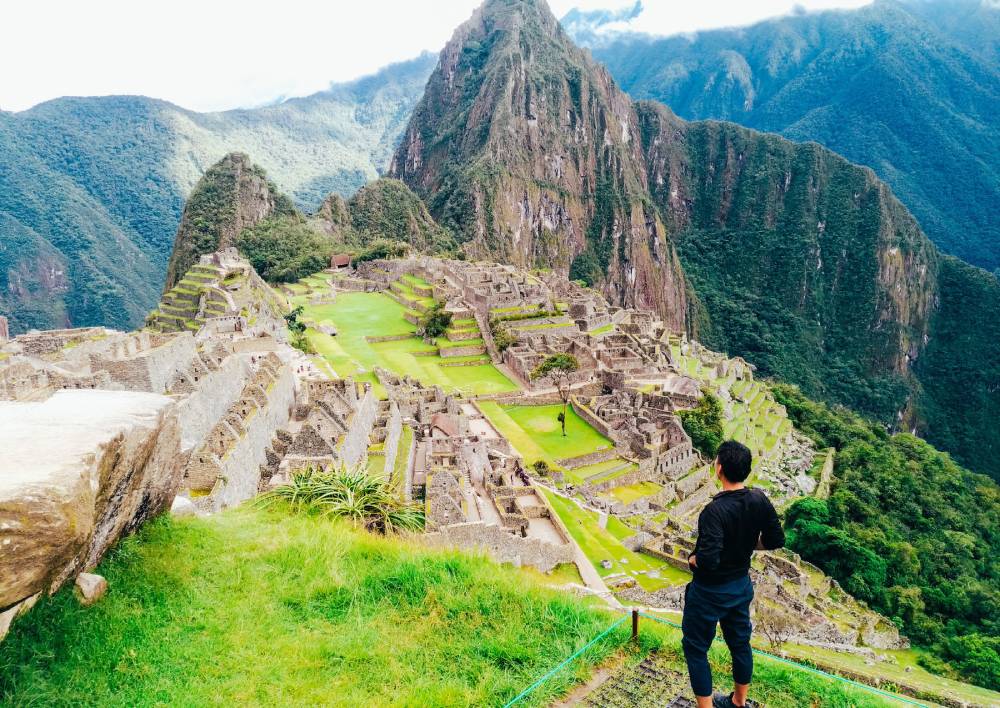 His capacity for setbacks has also deepened in part because “a lot of things will never go according to plan when you’re travelling”.

And while he used to suffer from decision paralysis due to the “need to get things right the first time”, Rax realised that there’s no “right” decision because one will never know to where the alternative path would lead.

“You’ve just got to believe that every path you choose takes you to a new experience. And that’s just what it’s meant to be.”

Rax is currently taking advantage of “being stuck” to tread new ground as the host of a podcast where he speaks to fellow digital nomads on their tips and experiences.

And the fear of judgement when putting out content is his freshest battle. “You’d be worried like ‘what if I sound stupid or if my friends think I look stupid’. Your brain will always find excuses not to start something.”

But then his newfound equanimity kicked in.

“I’ll remind myself that everyone has to start somewhere. There’s no such thing as perfection and even if you fail, the process will still be a learning experience.

“The moment you put stuff out, there are bound to be people that will criticise it. But if you can help one or two people, I think it is worth it,” said Rax.

With the pandemic showing no signs of abating, Rax will be staying put in his apartment (the size of a two-room HDB flat) in Buenos Aires for now. But lethargy is setting in and Rax is unsure of his next steps.

“One of the reasons why I’m not trying very hard to go back now is obviously because of the $2,000 mandatory quarantine stay,” he candidly shared. That decision is reinforced by how travellers to Singapore will now have to go through a three-week quarantine instead of the previous 14 days. And the total cost now for the 21-day quarantine is $3,000.

“If Covid-19 didn’t happen I’d probably be back in Singapore, to be honest,” said Rax, who had initially planned to return in August last year.

He added that he may consider getting vaccinated in the US, if Singapore changes its border measures to allow vaccinated citizens to return without quarantine.