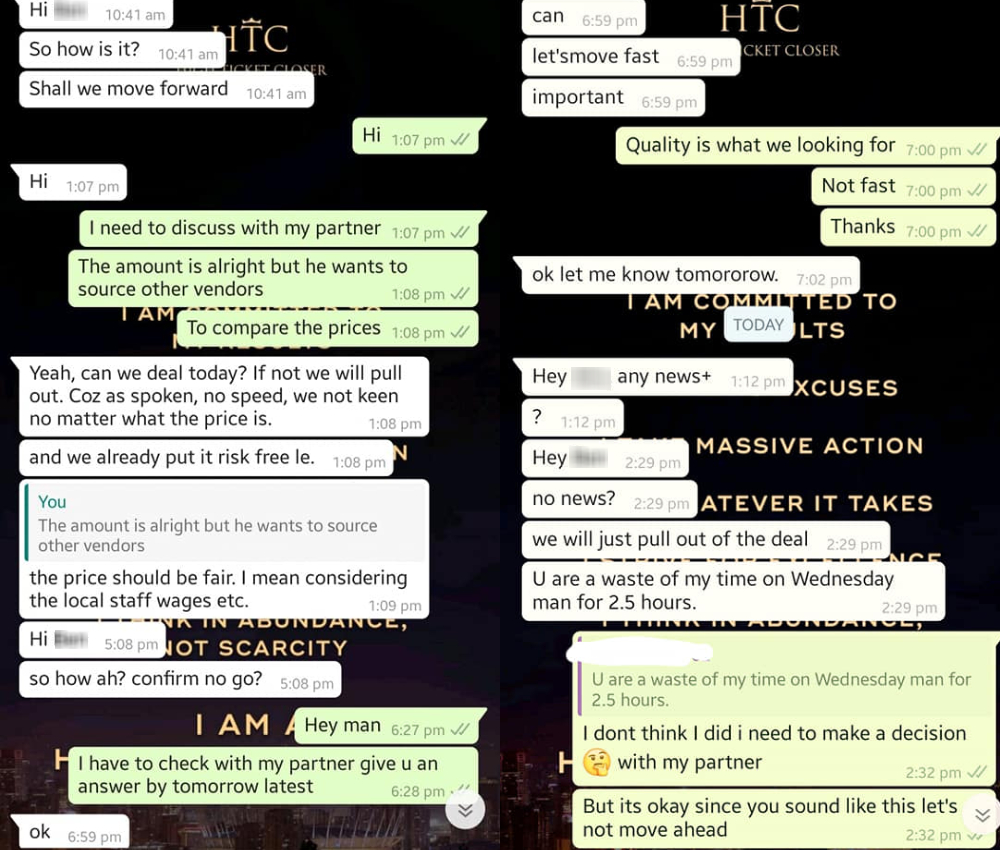 Some salespeople will spare no effort to close a deal. But one is drawing online brickbats for his unorthodox approach where he allegedly called a potential client a “loser” and disparaged Indian customers.

In a series of screenshots shared by the potential client on Facebook on Saturday (Sept 19), the representative from a local web development company appeared to launch into a tirade after the former said he needed to consult with his partner on the company’s offer.

“Wow, I never once in my life got scolded and personally attack [sic] by a salesperson and web developer trying to sell me a $9,000 website,” the potential client, who said he was an entrepreneur, wrote.

In the text exchange he shared, purportedly between him and the representative, the latter had asked him several times if he was keen to move forward with the proposed deal, pushing him to “move fast”.

But after the potential client said he wanted to consult with his business partner and was looking for quality over speed, the conversation went south.

Announcing that the company’s offer was off the table, the representative wrote, “You are a waste of my time on Wednesday man for 2.5 hours [sic].”

He continued: “You are not a decision-maker in the first place. You are just an employee. Be honest and don’t lead people on.”

Other jabs at the potential client included “loser” and an assessment that he brought “no benefits” to other people.

Claiming that he was not ranting, but rather “letting [the customer] know so [he] can improve”, the representative also went on to disparage the man’s business. 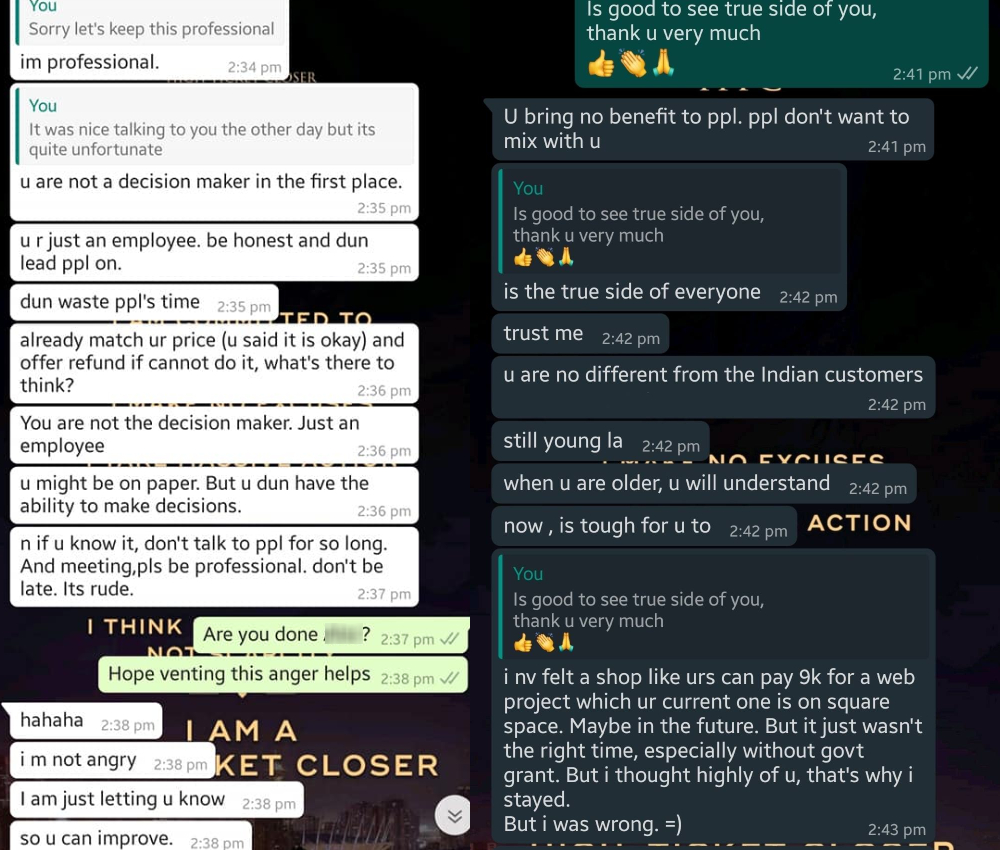 According to the representative, he “never felt” that the business could afford the $9,000 price tag for a custom website considering that it was currently using Squarespace, a website building and hosting service.

Seemingly out of nowhere, the representative also appeared to throw in a dig at Indians, writing, “You are no different from the Indian customers.”

The potential client also claimed that the web development company had faked its positive reviews, sharing a five-star Google review penned by the representative in question.

A search of the representative’s Google review history also showed a five-star review for an affiliated company where he is the general manager, according to his LinkedIn profile.

When contacted by AsiaOne about the potential customer’s experience and allegations, the web development company declined to comment.

Meanwhile, netizens are not amused and have slammed the representative for his comments. 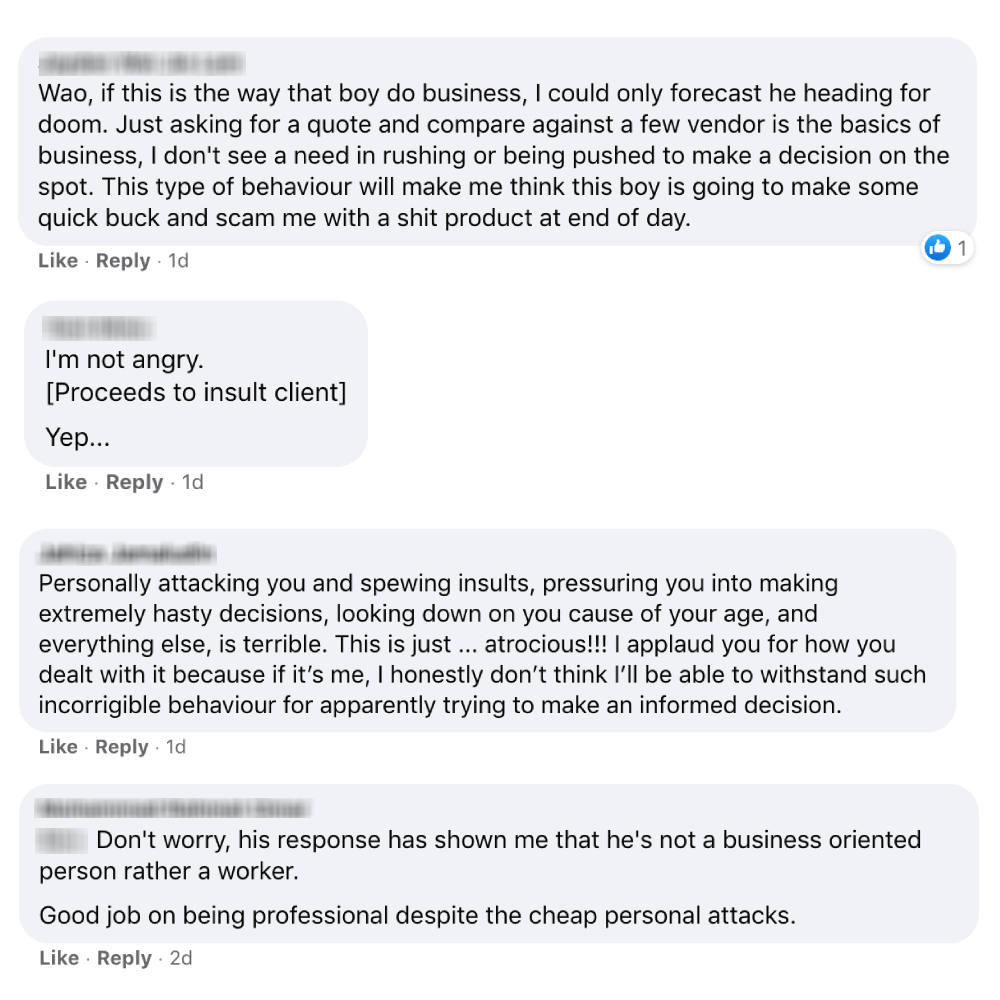 The company has also been hit with a deluge of one-star reviews on Bark.com, an online marketplace for web-based services. 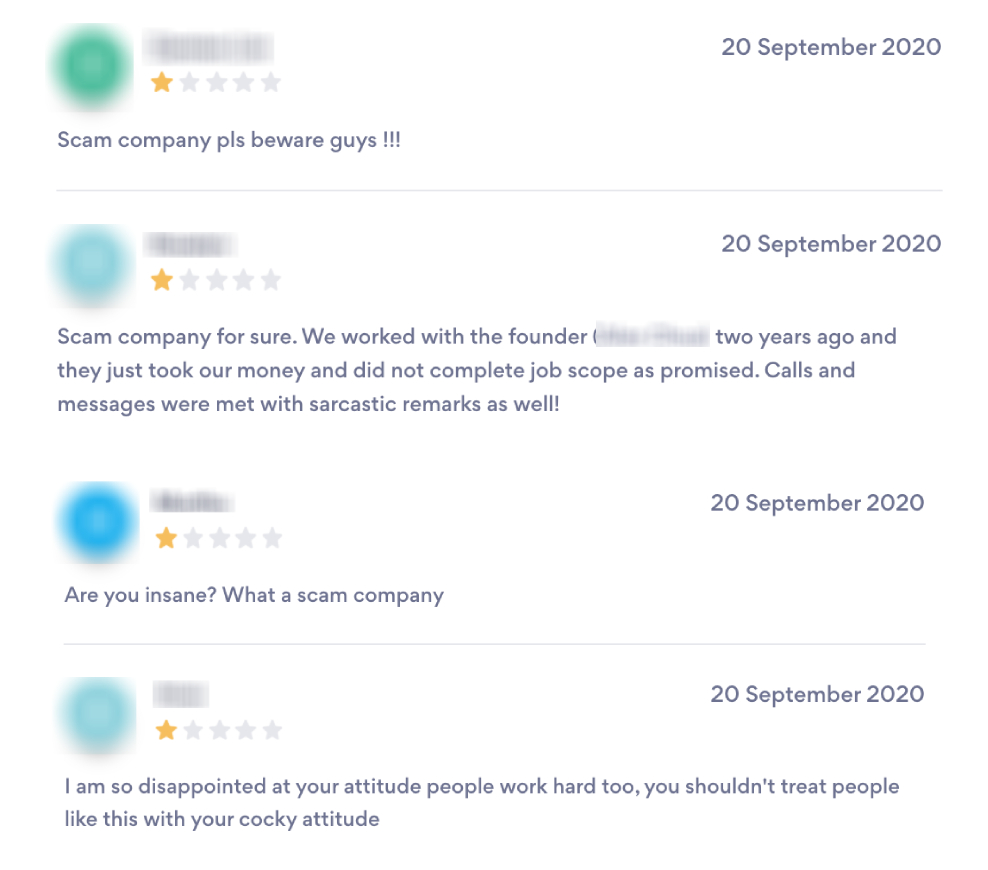