The dance company, known for its unique choreography and playful vibe, performed alongside Coldplay in its performance of its new single “Higher Power” during the music awards ceremony held in London on Tuesday (local time).

Six members of the dance group appeared as neon-colored holograms as the British rock band sang the galactic song on a barge on London’s River Thames with fireworks in the background.

The Seoul-based dance company was initially known to have considered flying to London for the performance but opted to appear in a hologram version amid the new coronavirus.

Warner Music, the distributer for Coldplay, and Ambiguous Dance Company had said the music video was the “first project” between the two artists, signaling that more collaborations will follow. 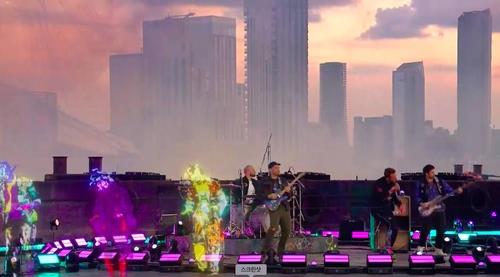 Founded in 2007 by Kim, the dance company has built up a solid portfolio with original works like “Fever” and “Body Concert.” Like its name, Ambiguous Dance Company is known for its genre-breaking and experimental choreography and visuals that are not constrained by convention.

Most recently, the group made a splash with its hip performance inspired by traditional Korean features, in collaboration with the Korean tourism board and alternative rock band Leenalchi. The campaign titled “Feel the Rhythm of Korea,” where the dancers appear wearing goggles, colorful trainers and sleek tuxedos while dancing nonchalantly, has racked up millions of views on YouTube, with the most popular Busan video fetching more than 52 million views as of Wednesday. 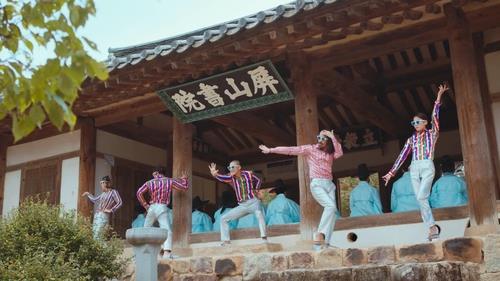 In an interview with Yonhap News Agency in November, Kim noted how the group hopes to help people grow closer to the artistic genre of dance.

“What’s important is how dance can bring about various reactions from the audience. There’s no need to be funny or be tragic. The potential of the dance language is that there can be a variety of interpretations.”

“If the day comes for people here to go see a dance performance more often, like they go see a movie, I hope that the Ambiguous Dance Company could be remembered for making that contribution,” he said. 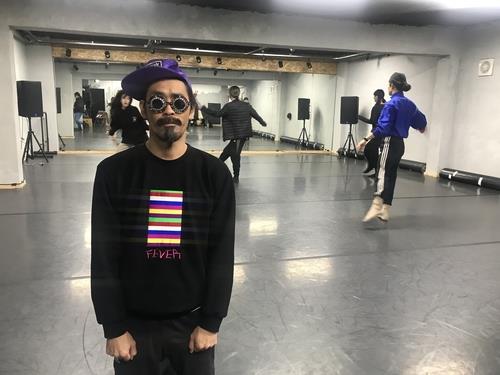 This year’s Brit Awards, meanwhile, was held in-person at the O2 Arena in London. It was the first large-scale indoor performance held in-person in Britain during the pandemic, with some 4,000 attending the event. 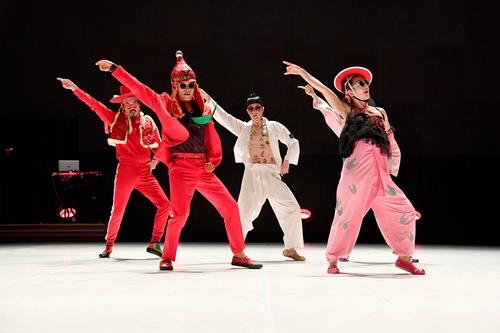