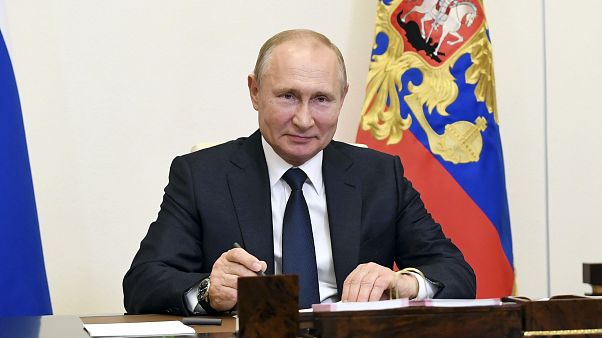 Russia is holding a referendum on Wednesday 1 July that could see President Vladimir Putin stay in power until 2036.

The vote will be over whether to accept constitution changes that would allow Putin to run for another two presidential terms.

The proposed changes to the country’s 1993 constitution were revealed in January and backed by Russia’s parliament, the State Duma, in March.

Putin called on citizens to vote on July 1 but polls have been open for the past week to avoid crowding.

Early exit polling by the state-run public opinion research centre showed that 76% of Russian voters surveyed between June 25-28 voted in favour of the changes.

What are the constitutional amendments set to change?

There are around 200 amendments proposed to the constitution even though Putin has traditionally been opposed to changes, experts say.

“The scale of the reform was absolutely surprising,” said Nikolay Petrov, a senior research fellow for the Russia and Eurasia Programme at Chatham House in London.

Many of the reforms involve transforming “the political system in a way which will make Putin’s position comfortable enough to not be opposed by any other strong institutions,” Petrov added.

The most consequential change would allow Putin to run for two more six-year terms after the end of his second presidential term in 2024. It resets the terms for Putin but would not apply to future presidents.

The 67-year-old president is currently serving his second spate of two terms as president after his 2012 election. He was previously president of Russia from 2000 to 2008.

He also served as prime minister between 2008 and 2012 while his ally Dmitri Medvedev was president. The constitution was previously changed to increase presidential term limits from four years to six years.

The other changes to the constitution include measures to respect the country’s heritage and the orthodox church as well as strengthen the Kremlin over local and municipal authorities.

One change also defines marriage as a union between a man and a woman in the constitution, thus formally outlawing same-sex marriage.

Some social changes would guarantee that the minimum wage does not fall under the cost of living and ensure that pensions rise over time.

Why is Putin having a referendum for changes already approved by the parliament?

“It’s of course just a symbolic referendum, and since the Russian electoral system is known for widespread falsifications, the result is preordained whatever the public thinks,” said Sergey Radchenko, a Cold War historian and the director of Cardiff University’s School of Law and Politics.

Russia’s State Duma already approved the changes to the constitution in March, but passed a law that said they needed “popular support”.

“The importance of the referendum is that if that it provides a veneer of legitimacy for a constitutional change that would ‘reset’ Putin’s presidential terms, allowing him to run again in 2024,” said Cardiff University’s Radchenko.

“Unlike the Tsar, who claimed God’s mandate to rule all Russia, Putin still perceives himself as a ‘democrat’, so he wants to have a legal mechanism in place to legitimise the continuation of his rule,” said Radchenko.

Some experts think Putin is pushing ahead with the vote due to falling approval ratings amidst the coronavirus crisis. Back in mid-March, Putin enjoyed wide support among Russians.

According to the Levada Centre in Moscow, Putin’s approval rating is currently at around 60%, down from 69% in February before coronavirus cases rose significantly in Russia.

Is this a democratic vote?

Like many elections during the coronavirus pandemic, the referendum is taking place under particular circumstances.

Some polling stations will be set up outdoors and masks and pens will likely be available.

There is also an option to vote at home with distancing between election commission workers and voters, Petrov explained.

But despite a referendum traditionally being a mechanism of direct democracy, experts say this vote has a predetermined outcome.

“The voting is designed in a way to avoid any smallest threat,” said Petrov. “I think that it’s very typical for populist regimes just to well explain everything by people’s will and that’s why it’s organised this people’s voting all while violating democratic mechanisms and institutions.”

“Widespread irregularities in previous elections suggest that when the authorities face an outright defeat, they will resort to manipulation and ballot-box stuffing to achieve a desired outcome,” said Radchenko.

But others have held that Putin remains popular above 50% in Russia and that many of the constitutional amendments, including ones to maintain the minimum wage, are popular.