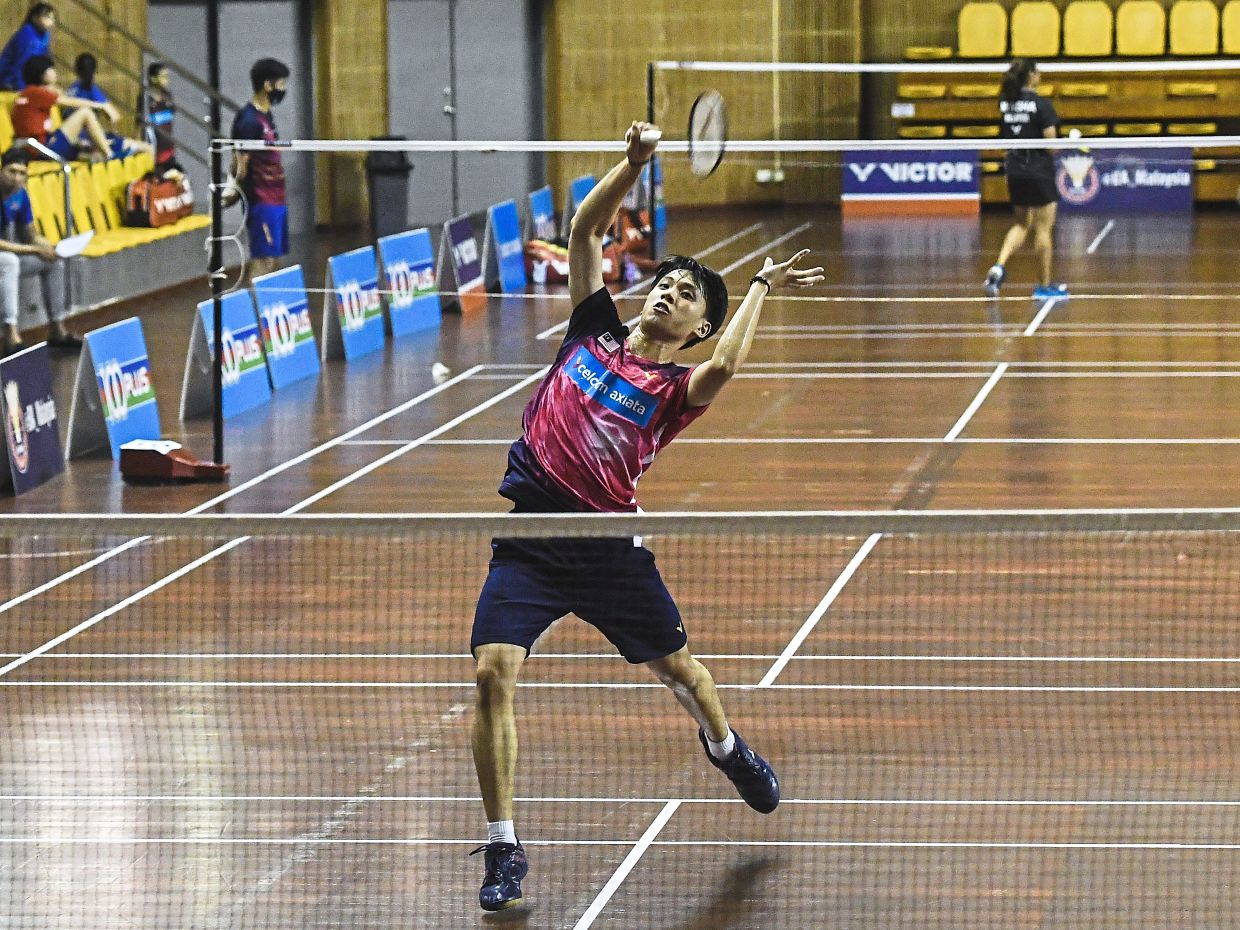 PETALING JAYA: Anson Cheong (pic) can heave a sigh of relief after he gained more time to get himself back in top shape.

The shuttler, who will be taking part in the 100PLUS National Ranking Challenge playoffs, is all smiles as the event, scheduled today at the Juara Stadium, has been deferred to Nov 3-6.

The 17-year-old Anson is in a battle to remain in the top division after finishing last in the 10-player Group A two weeks ago.

Bugged by a hip injury, Anson lost all his nine matches to join ninth-placed V. Poopathi in the drop zone.

Anson and Poopathi will be pitted against promotion-seekers, Eogene Ewe and Dylan Ooi, who are Group B winner and runner-up respectively.

The four will face off in a round-robin competition and the top two performers will get to play in Group A for the next ranking meet.

“I’m very fortunate that the playoffs have been postponed,” said Anson.

“I’m getting much better but still not 100% yet. An extra week to recover and prepare is going to make a huge difference for me.

“I really want to do well this time after not being able to give my best due to the hip injury sustained prior to the meet.

“It’s so frustrating because thsi meet is very important as I wanted to improve on my sixth placing in the earlier tournament (in March).”

Anson, who is the Under-15 silver medallist at the 2018 National Junior Grand Prix Finals, is confident he would be able to make it into the top two.

“If I play my A game, I believe I stand a chance to achieve the target,” he added.

“I have not played Eogene before, but I have defeated Poopathi and Dylan.

“But I’m also aware that past meetings mean nothing. It’s your performance on the day that counts.”

Meanwhile, the Badminton Association of Malaysia have announced that the final stage of the National Junior Ranking Challenge slated for Nov 3-6, has been pushed forward to Nov 26-29 pending the updates on the conditional movement control order.

The final stage will see the top-ranked juniors taking on selected seniors.

“We have to postpone it because it will involve outsiders,” said BAM secretary Datuk Kenny Goh.

“As our plan is to make it like a real tournament where we will bring in technical officials and broadcast it live. But we can’t do it for now.”