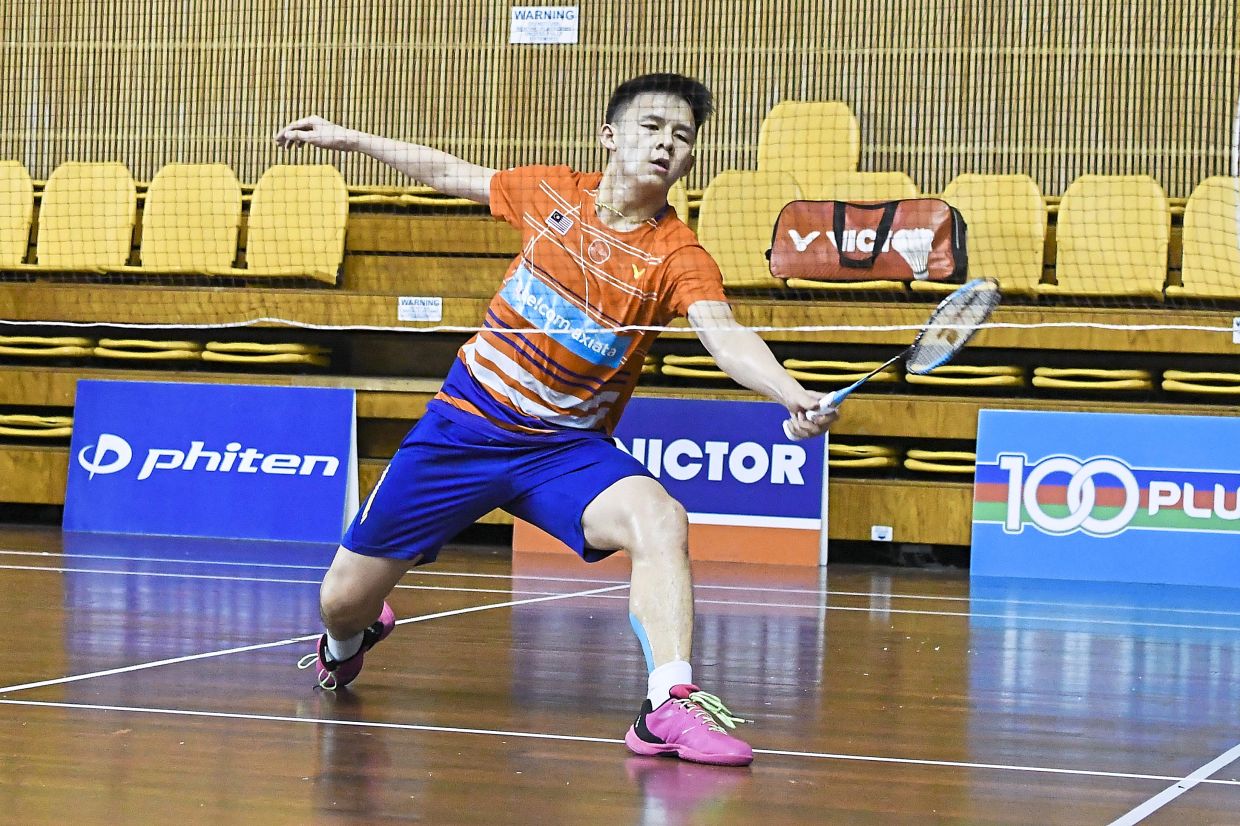 KUALA LUMPUR: What a sad end to shuttler Ong Ken Yon’s aspiration to play in his first World Junior Championships.

The 18-year-old Melaka-born player’s hopes of making his debut in the world junior meet scheduled to be held in New Zealand next January, has been dashed after the meet was scrapped due to the tight schedule.

Last year he just missed making the cut but now he will never get to compete as he will not be eligible for the next edition in Chengdu, China.

Ken Yon proved himself as the worthy candidate for the world juniors after finishing third behind Justin Hoh and Jacky Kok in the recently-held internal ranking tournament at the Juara Stadium in Bukit Kiara.

“It should have been my first and last world junior meet but now, I’ll never get to experience it, ” said a disappointed Ken Yon.

And it is understandable for the shuttler to feel downcast. He had, after all, fought tooth and nail to earn his place in the national juniors.

Ken Yon did not come through the ranks of the Badminton Association of Malaysia (BAM) system but instead had to work doubly hard as a state player.

His dedication was duly rewarded in 2018 when he defeated all the BAM players to emerge as the boys’ Under-16 champion in the 100Plus National Junior Grand Prix Finals.

It immediately earned him a call-up to the national junior team.

He was one of the frontrunners for the world meet last year but unfortunately, he did not get selected.

This year, he proved himself but the circumstances are such that the world junior meet had to be called off for the first time since its inception in 1992.

“My junior teammates and I are just unlucky but I totally understand why this decision had to be made, ” said Ken Yon.

“Our health comes first and I know the schedule is also tight next year with so many tournaments. We’ll just have to accept it, ” said Ken Yon, who will be promoted to the senior ranks next year.

“There will be many more opportunities in the senior ranks and I hope to come good, ” he added.

All of them had competed in last year’s world juniors in Kazan but did not come through the early rounds.