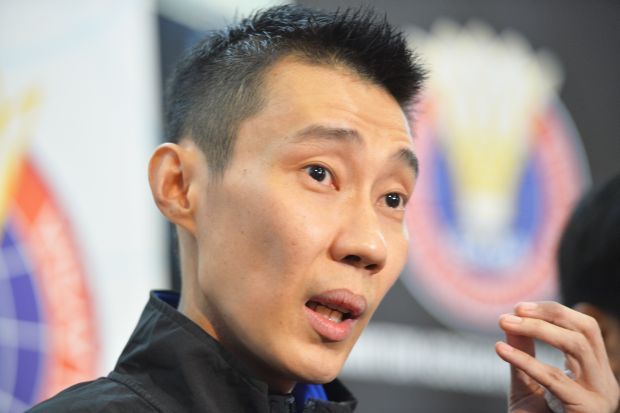 PETALING JAYA: There could be an unprecedented four major badminton tournaments in 2021.

It is a prospect that could turn into a reality as the Badminton World Federation (BWF) are likely to postpone the Thomas and Uber Cup Finals, slated for Oct 3-11 in Aarhus, Denmark, to next year.

The decision, which is expected to be made official soon, will see the Finals join the already-packed schedule that consist of the Tokyo Olympics (July 24-Aug 2), Sudirman Cup in Suzhou, China (May 23-30) and World Championships in Huelva, Spain (Nov 29-Dec 5).

And that means an exciting calendar for the badminton fans but not for the shuttlers.

Former world No. 1 Lee Chong Wei believes it will be tough for players to remain focused.

“Four major tournaments in the same year is way too many, ” admitted Chong Wei.

“I can foresee many countries complaining to the BWF about the hectic schedule.

“If I’m still playing, I would want to play well in all four events but there’s no way you’ll be able to prepare and peak in all.

“If it’s for me to decide, the Olympics will be my No. 1 priority. Then the list goes down to the Thomas Cup followed by the World Championships and Sudirman Cup.

“Why I put Sudirman Cup as the least important? It’s simple because the mixed team event is never our forte. So if all four events are in next year’s calendar, BAM will have to get their priorities right, ” added the three-time Olympics silver medallist.

On the Thomas -Uber Cup Finals, Chong Wei added that it would be wise for the BWF to postpone it.

“It’s the right thing to do because it’s simply too risky to travel at the moment, ” said Chong Wei.

BAM secretary Datuk Kenny Goh is also not a fan of too many major events but he understands BWF’s current predicaments.

“It’s not ideal but I guess there isn’t much choice for BWF, ” said Kenny.

“The Sudirman Cup is different and maybe can’t be cancelled due to rights issue.

“It won’t be easy but we will wait for more information from BWF.”