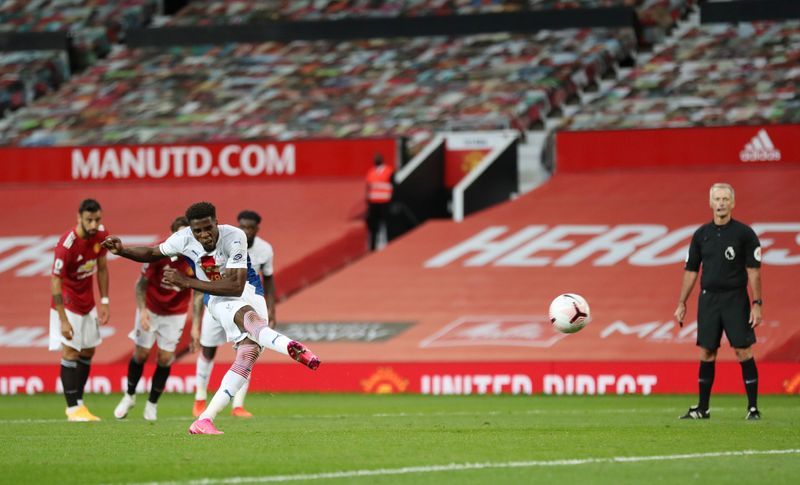 MANCHESTER, England (Reuters) – Manchester United’s season got underway with a shock 3-1 defeat by Crystal Palace as Wilfried Zaha grabbed a late double for the visitors in the Premier League on Saturday although VAR was once again the centre of attention.

United looked off the pace early on as Andros Townsend put Palace in front after seven minutes, with the home side’s campaign starting a week later than initially scheduled due to last season’s Europa League commitments running into mid-August.

Paul Pogba and Scott McTominay went close as United chased an equaliser but the hosts could have gone in two goals behind at halftime, with only a brilliant David De Gea save keeping a goal-bound Jordan Ayew strike out.

United brought Mason Greenwood on at halftime but their task was made more difficult when the VAR decided that referee Martin Atkinson should consult the pitch-side monitor and he awarded Palace a penalty for handball against Victor Lindelof.

Ayew stepped up to take the spot kick but De Gea made a fantastic save. The VAR drama was not done there, however, with Atkinson informed that De Gea had come off his line and the penalty was retaken, with Zaha converting this time.

New signing Donny van de Beek came off the bench to get the home side back in the contest with a goal on his debut, but former United forward Zaha had the last laugh as he made sure of a deserved win for Palace with a fine finish late on.