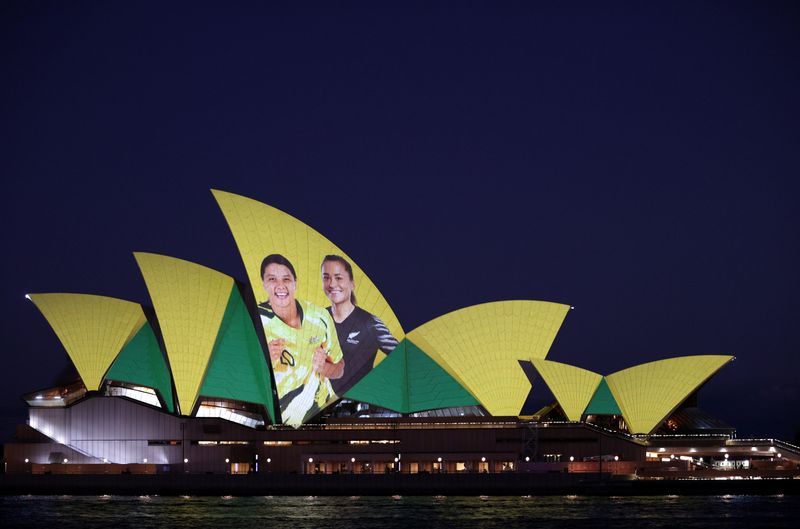 WELLINGTON (Reuters) – New Zealand Football chief Andrew Pragnell’s daughter Ari gave him a smile and the thumbs up before going back to sleep in the early hours of Friday morning when he told her the joint bid to host the 2023 Women’s World Cup with Australia was successful.

For NZF Chief Executive Pragnell, hosting the event is all about the sporting legacy for girls like 10-year-old Ari and her 12-year-old sister Zoe.

The news that the joint proposal had triumphed over a bid from Colombia came through at about 3:45 a.m. (1545 GMT) in New Zealand, much to the delight of Ari, who had been desperate to know how the vote had gone.

“She beamed and gave me the thumbs up,” a tired Pragnell told Reuters with a laugh on Friday.

“This is the chance for young girls to see inspirational athletes from around the world performing at their peak. For young girls like my daughters to be able to see and look up to these athletes is enormous.”

NZF hope that hosting the World Cup will help female participation in football reach parity with that of males by 2027 by getting another 80,000 women and girls onto the pitch.

Pragnell said while organisers had just three years to organise the 32-team tournament, the fact that much of the infrastructure was already in place in the five New Zealand cities that will host matches would make it easier.

“We don’t have to build any stadiums and we do have prior experience hosting FIFA events,” he added.

Women in Sport Aotearoa (WISPA) Chief Executive Rachel Froggatt said the sports advocacy agency was “over the moon” that New Zealand would be hosting the football showpiece, along with the women’s rugby and cricket World Cups in 2021.

“We are on the verge of a really transformative period of time for women in sport in New Zealand,” Froggatt said.