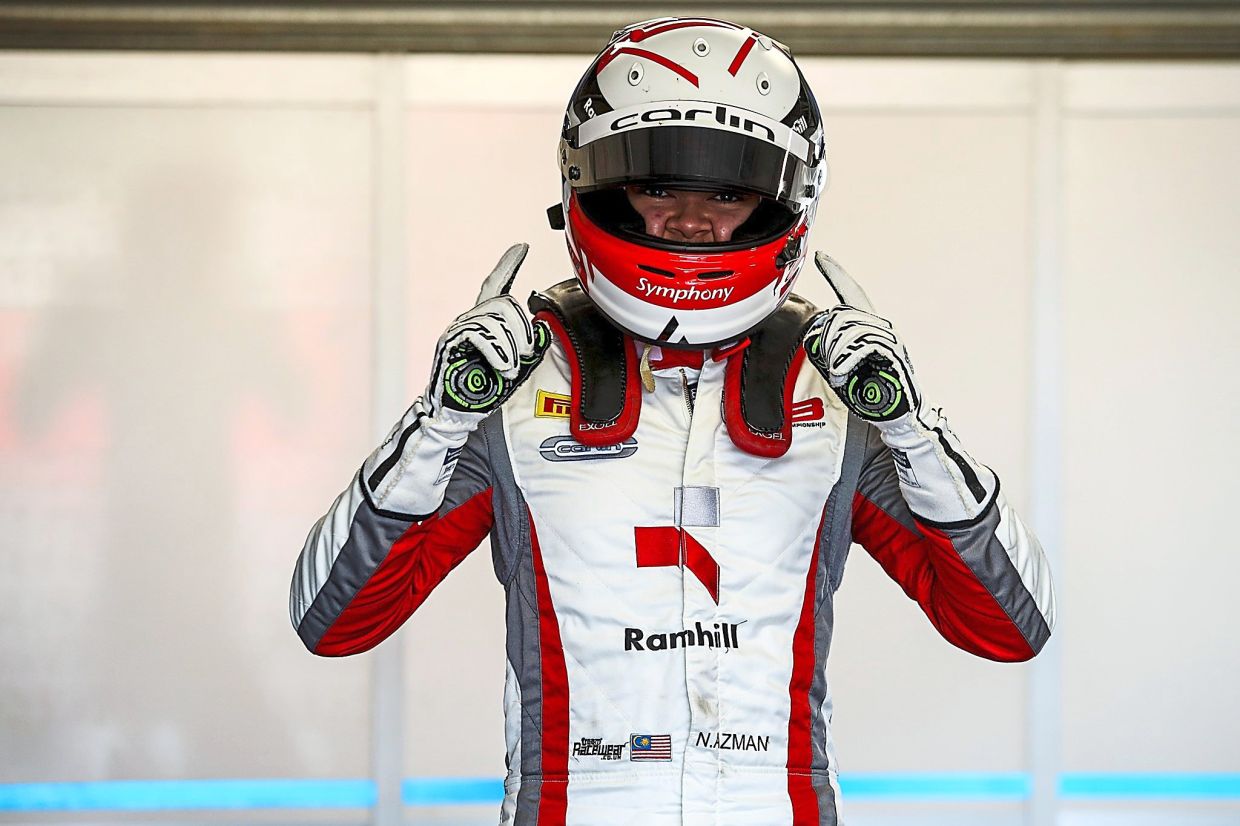 PETALING JAYA: It was well worth the wait for Malaysian Nazim Azman (pic) as he made the top of the podium for the second time this year in the BDRC British F3 Championship.

Continued poor weather conditions saw wheel-to-wheel racing action postponed to Sunday and it was Nazim who took the lead at the start before pulling away from the field in Race 2.

The 19-year-old, driving for Carlin Motorsports and backed by Ranhill Group, finished ahead of American driver Benjamin Pedersen while Ulysse De Pauw of Belgium came in third.

Nazim had built a margin from lap 10 onwards and never looked back to take his second win of the season.

“We finished seventh in Race 1 but a lot of racers didn’t classify, which helped me, ” said Nazim, who chalked his first victory at Brands Hatch Circuit in August.

“I started second for Race 2 (under reverse grid format) and had a great start to get in front to build up a pretty comfortable lead which I maintained all the way to the end.

“Thanks to the team and everyone because we didn’t have the best of qualifying result yet we came through to win.

“I was quite confident towards the end, so I started to push for better lap times. And when I found out I had a huge lead, I kind of relaxed and cruised through, ” said Nazim, who took part in the F4 SEA Championship with Meritus Racing before venturing to Europe.

Nazim, who is only the second Malaysian to win a British F3 race after Jazeman Jaafar, was granted special permission to do single-seater racing in Europe.

Silverstone will host the last three races of the season from Nov 7-8.