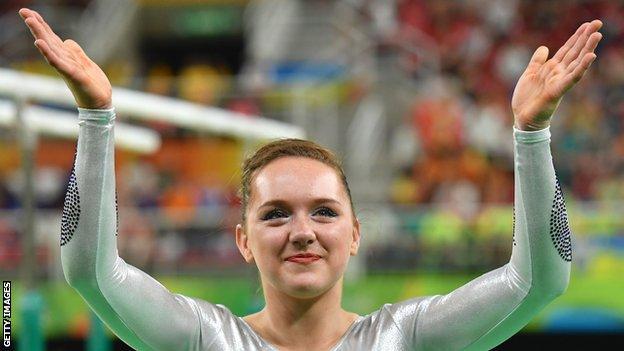 Olympic medallist Amy Tinkler says British Gymnastics are “prolonging my suffering”, accusing the governing body of failing to give an explanation as to why her formal complaint was dismissed last month.

Part of her complaint related to her “experiences” with national coach Amanda Reddin, who has temporarily stepped aside while an investigation into claims about her conduct takes place. She has denied any wrongdoing.

Tinkler says she has emailed British Gymnastics three times “asking for an explanation or summary outcome” without reply and discovered “via a third party” on 10 August her complaint had been closed.

British Gymnastics has apologised and says it has offered to meet Tinkler.

In an open letter to chief executive Jane Allen, Tinkler wrote: “Do you think this is acceptable? Why is it taking so long to share information with me?

“I don’t think it’s acceptable. I feel I’ve given British Gymnastics plenty of time to do the right thing. You, as CEO, must recognise that.

“I was promised a summary outcome. Now you say this isn’t possible due to ’employee privacy rights’. You have shared details of the outcome (and the respondent’s version of events) when concluding other cases.

“Why are you treating me differently? Are you aware your actions are prolonging my suffering?”

Tinkler called for Allen to be “honest, to be open, and to lead as a CEO should,” adding, “Please help all of us Gymnasts and stop hanging us out to dry. “

In a statement, British Gymnastics said: “We apologise to Amy for any issues with our communications around her complaint.

“She deserves answers and we have offered to meet her either in person or virtually so we can talk her through the answers to her questions.”

Tinkler was Great Britain’s youngest medallist at Rio 2016, when she won bronze aged 16, and also won one world medal, three European medals and 10 British titles during her career.

In July, British Gymnastics announced an independent review would take place and Allen has said the organisation had “fallen short” in protecting its members.