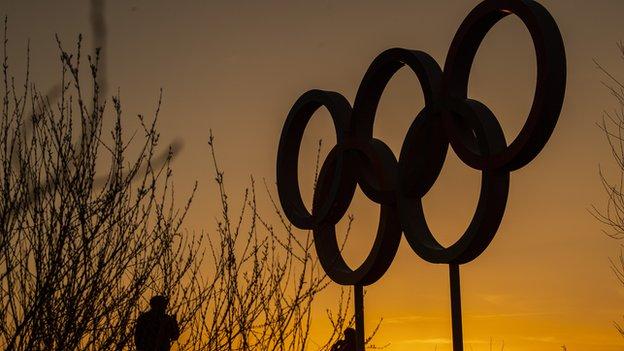 Team GB athletes may have to quarantine for six days on arrival in Tokyo before the Olympic Games.

They may not be allowed to leave their official Games hotel rooms during that time, causing uncertainty about fitness and athlete preparation.

The United Kingdom was last week added on to Japan’s red travel list because of rising cases of the Delta variant.

Tokyo 2020 have said no exceptions will be made for athletes, but Team GB say they hope to resolve the situation.

Under Japan’s strict rules, all UK arrivals, including members of the media, must immediately self-isolate for six days.

If travellers break these rules, they risk disqualification from the Games or even deportation under newly stringent guidelines published by the International Olympic Committee on Tuesday.

However, the ruling is due to be reviewed on July 1.

A spokesperson from the British Olympic Association (BOA) said: “We continue to have positive dialogue with the IOC and the Tokyo Organising Committee, following our letter to the President of Tokyo 2020.

“Our approach to additional testing measures and vaccinations for the delegation prior to departure and upon arrival demonstrate we are doing everything possible to minimise any risk to the people of Japan.”

BBC Sport understands that the BOA is optimistic that it will be able to convince the Japanese authorities that athletes and officials should be able to avoid the quarantine if certain conditions are met, including all involved having both vaccine doses and additional testing.

Last week, BOA chair Sir Hugh Robertson wrote to Tokyo organising committee president Seiko Hashimoto to outline how testing measures for the Team GB delegation go above and beyond the requirements of the Games ‘playbooks’.

“Border control measures are the responsibility of the Japanese government,” said the Tokyo organising committee. “At the moment, there is a strict six-day quarantine in place for people arriving from red-list countries.”

It also said that it will be “working closely” with the Japanese government to ensure a “safe and secure Games”.

Team GB have said that as many as 86% of their 300-plus athletes have so far received at least one dose of the coronavirus vaccine.

The UK government has said that all adults over 18 will be offered the vaccine by the end of the week.

There are a number of confirmed Team GB athletes under the approved age limit for the vaccine, including 16-year-old gymnasts Jessica and Jennifer Gadirova.

In January, tennis players and their coaching teams were made to quarantine for 14 days in hotels in Melbourne before the Australian Open.

Players resorted to hitting balls against the walls and windows of their rooms to stay sharp.