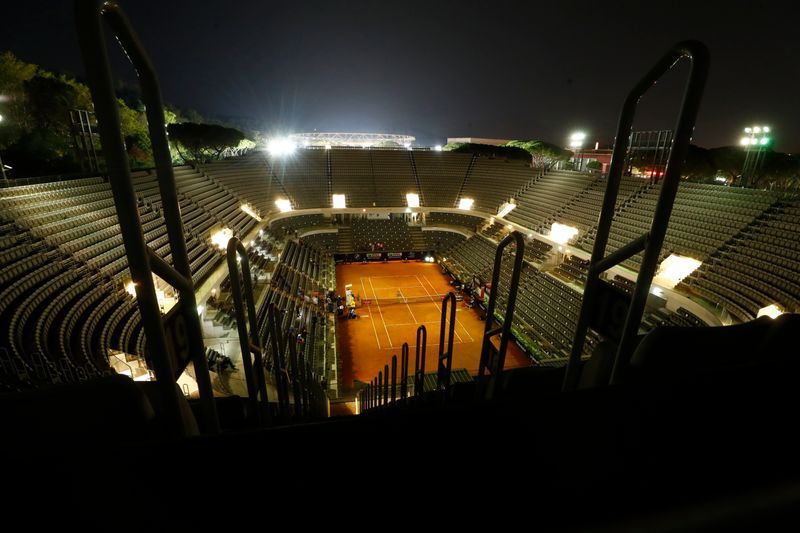 ROME (Reuters) – Up to 1,000 spectators will be allowed to watch each of the final two days of the Italian Open tennis tournament as Italy begins to open up stadiums to fans, sports minister Vincenzo Spadafora said on Friday.

Professional sports events in Italy have been played without fans since March due to the COVID-19 pandemic, although some supporters have been allowed into pre-season soccer friendlies.

“At last, starting from the semi-finals and finals of the (Italian Open), a thousand spectators will be able to attend all the sports competitions that will be held in the open air and which scrupulously respect the rules on spacing, masks and seat reservations”, Spadafora told reporters.

He added that it was “a first, but significant step towards returning, hopefully soon, to normality in sport.”

The semi-finals of the men’s and women’s tournaments will be on Sunday with the respective finals on Monday. Spadafora did not make any mention of the Serie A football championship which starts at the weekend.