Mexico’s Alvarez dominated underdog Yildirim from the opening bell and sent the Turk crashing to the canvas with a crisp left-right combination in the third round at Miami’s Hard Rock Stadium.

The outclassed Yildirim then failed to emerge from his corner for the fourth round as Alvarez once again demonstrated why he is regarded as the best pound-for-pound fighter in boxing. 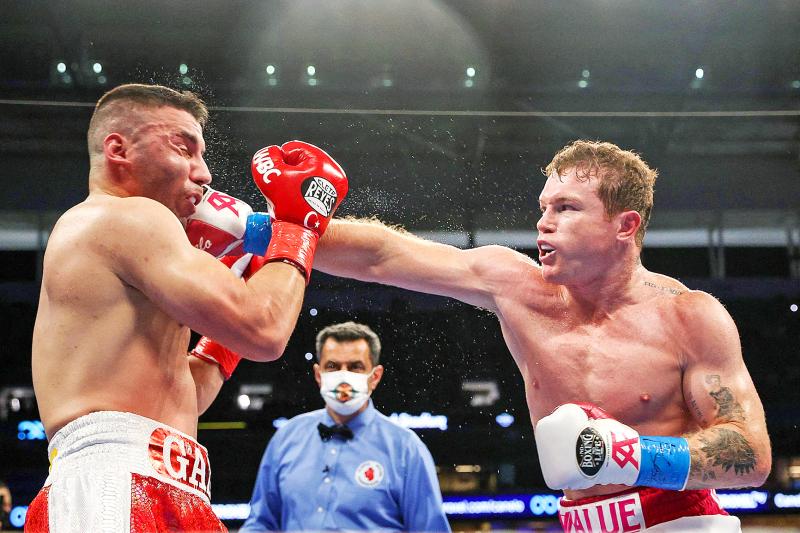 “I wanted to have a great fight here, and I did what I had to do,” Alvarez said. “I needed a knockout and that’s what I did. It doesn’t matter if they’re taller, if they’ve got more reach, or they’ve got a good trainer. I came to do my job; I came here to win.”

Alvarez, who improved to 55-1-2 with 37 knockouts, had got back into the ring on Saturday a little more than two months after beating Britain’s Callum Smith in December last year.

After the fight, promoter Eddie Hearn said the 30-year-old Mexican star would next seek to add the WBO belt to his collection with a May 8 fight against Britain’s Billy Joe Saunders.

The Saunders fight would be the next step in Alvarez’s quest to become the first undisputed super middleweight champion in boxing history.

Alvarez meanwhile brushed off suggestions that he wants to be remembered as the greatest boxer Mexico has ever produced.

“I respect everyone, but I want to make my own history,” Alvarez said.

Yildirim, fighting for the first time in two years, looked hesitant from the outset.

The end came after a third round where Alvarez once again went on the attack against a passive Yildirim. A straight left from Alvarez smashed through Yildirim’s guard and landed on his chin and the following right sent the Turk rocking backward to the canvas.

Although Yildirim hung on for the remainder of the round, the end was nigh. As Yildirim slumped on his stool, trainer Joel Diaz could be heard telling his fighter he would give him only one more round before throwing in the towel.

It never got that far, as Yildirim failed to come out for the fourth to hand Alvarez victory by technical knockout.