Taipei City Councilor Miao Po-ya (苗博雅) yesterday said that her campaign against the Taipeipass (台北通) app has garnered almost 10,000 signatures since Friday, but exposed her to insults and threats by telephone and through social media.

It seems to be a “coordinated attack,” as all the messages follow a similar pattern, she said, citing as an example one saying: “We love the Taipeipass. Do not block the smart city plan. Stop interfering with Taipei Mayor Ko Wen-je (柯文哲).”

Some people had left disparaging remarks and false information when signing up for the online petition, and there have been attempts to disrupt her communications on social media, said Miao, who is a member of the Social Democratic Party. 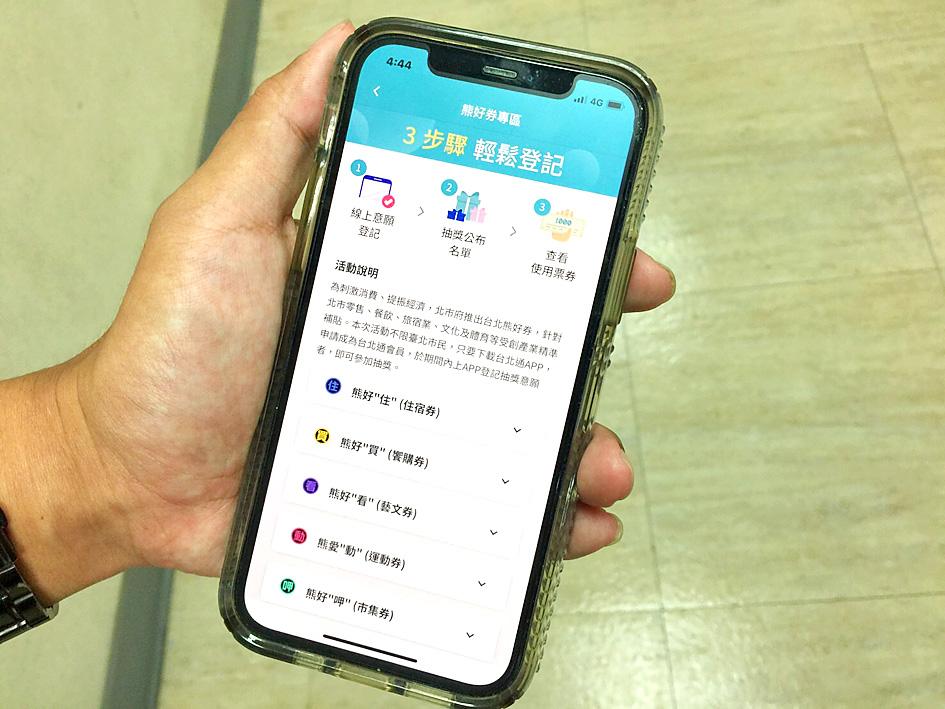 Ko has been promoting the use of the app to access municipal services and said that it should be linked to COVID-19 vaccine information.

Announcing the petition, the four councilors said: “Ko and his officials are heading toward a Chinese style of exercising central control … including tracking people’s movement, activities and transactions.”

Democratic institutions must respect the right to privacy, they said.

Taipei residents might want the capital to become a smart city, but they do not want “centralized control, tracking and mass surveillance,” they said.

The use of the Taipeipass should be voluntary, Miao said, accusing Ko of increasingly introducing mandatory schemes under the pretext of smart city efforts.

The Taipei City Government has been promoting the app as a “one-stop solution” for a large range of services, including as a platform to pay utility bills, taxes, parking tickets, reporting incidents to police and claiming benefits at stores.

The four city councilors said that Taipei residents are forced to use the app when accessing services including borrowing books at public libraries, obtaining student cards, paying school fees, participating in workshops organized by the city government, registering for childcare benefits and entering sports facilities.

Data security advocates have said that the app is prone to breaches that might affect national security, such as when services linked to the app are handled by Chinese firms.

Separately, Taipei city councilors have said that the legal basis on which the app operates and gathers data is unclear.