Tired of seeing the lush Amazon destroyed over many years, Brazilian street artist Mundano decided to let nature speak for itself: he painted a giant mural in Sao Paolo using ashes he collected from the scorched rainforest to raise awareness of climate change.

The giant 1,000-square meter fresco titled The Forest Firefighter — featuring a heroic figure who is helpless in the face of a raging fire — will be inaugurated on Tuesday.

“The idea came from impotence. We’ve been seeing for decades how the jungle has been burnt, and in the last few years that has reached record levels,” Mundano, who goes by one name and calls himself an ‘artivist,’ said. 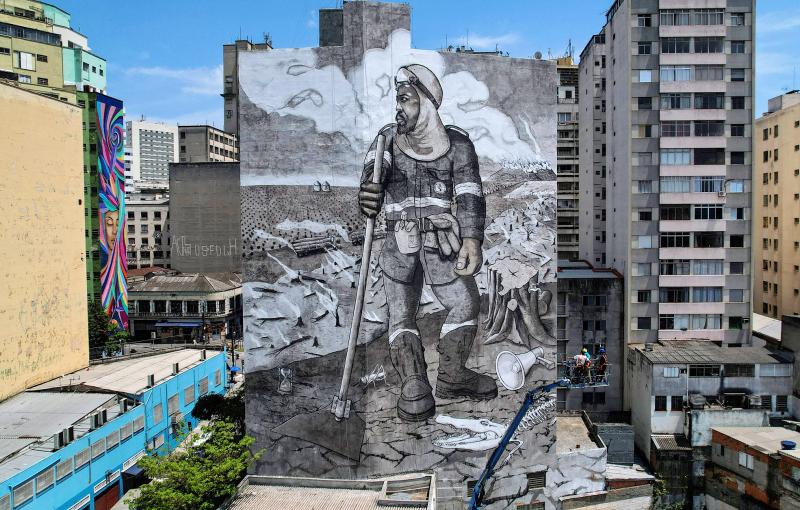 Mundano, 36, collected 200kg of ashes from different areas affected by fires to create the mural on a building close to Avenida Paulista, the main avenue running through Brazil’s largest city. The ashes came from the Amazon jungle, the Pantanal wetlands, the Atlantic Forest and the Cerrado savannah.

BRINGING ASHES TO THE PEOPLE

Mundano hopes his mural will raise awareness among Sao Paulo residents about the vast fires that ravage Brazil’s precious ecosphere every year. 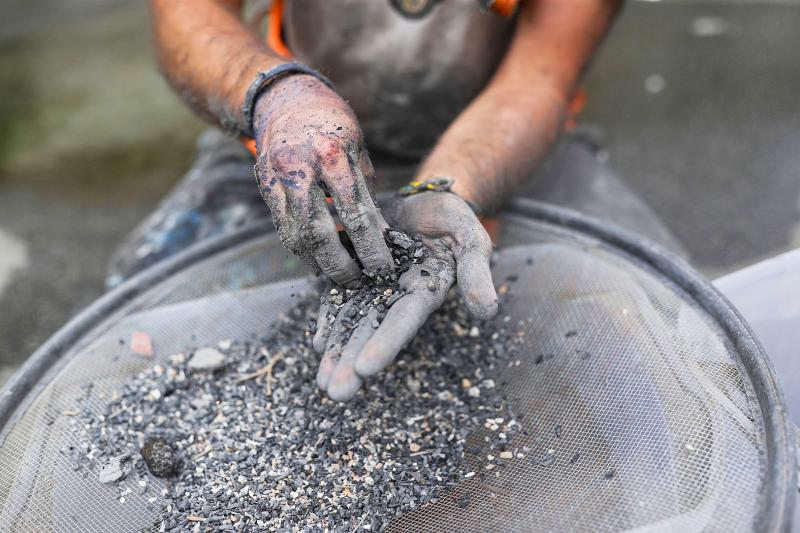 “No one sees the fires, they’re very far away in the Amazon. The idea is to bring the ashes here to the people to create greater empathy,” said Mundano.

In June and July, Mundano felt the heat of the fires firsthand when he went to collect the ashes.

But what also caught his attention was the distress of the firefighters trying to extinguish the flames that do so much damage to Brazil’s flora and fauna. 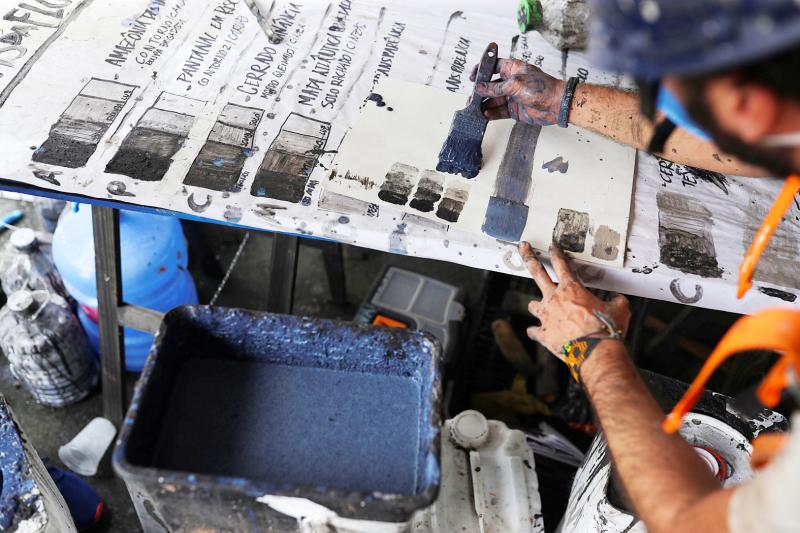 Symbolizing the fauna in the mural is a crocodile skeleton painted next to the heroic firefighter.

The entire fresco is made in various shades of black and gray depending on how much water Mundano mixed in with the ashes.

The black and white artwork contrasts sharply with the colorful graffiti that adorns many buildings in Sao Paulo. 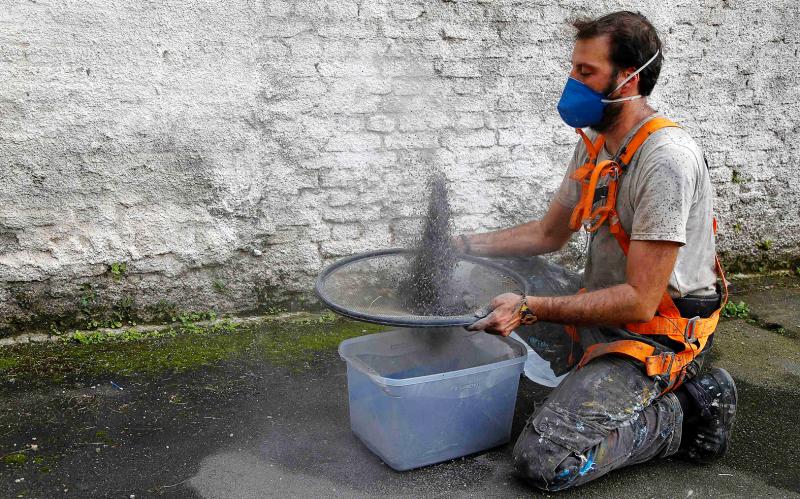 “We live in a city that is gray, or asphalt and gray. The pavement is gray, there’s pollution … and we’re becoming gray too.”

A graffiti artist during his teenage years, Mundano made a name for himself in 2012 by decorating the carts of the city’s recyclable materials collectors with bright colors and signs that read “My vehicle doesn’t pollute.”

His current mural is a statement denouncing Brazil’s successive governments that Mundano calls “negligent” and incapable of protecting the environment.

Things only got worse under far-right President Jair Bolsonaro.

The fires that follow deforestation to prepare the land for agriculture and livestock farming, have also reached alarming levels.

“The current government is promoting the dismantling of the environment and trampling on the basic rights of vulnerable populations” such as indigenous people, said Mundano.

His mural is based on a famous painting by Brazilian artist Candido Portinari titled The Coffee Farmer.

Like the 1934 painting, Mundano’s fresco shows a black man with his face turned to the side and vegetation in the background.

Mundano used a real person to model for his painting, a volunteer firefighter named Vinicius Curva de Vento, whom the artist saw battle the flames. But while Portinari’s farmer wields a spade to dig the ground, the forest firefighter uses his shovel to smother the flames.

And the luxurious vegetation in Portinari’s painting contrasts with the mural’s scorched landscape that includes trucks piled high with felled tree trunks.