‘STRONG ARGUMENTS’:
The energy minister said nuclear and natural gas are not sustainable sources of power, and promised legal action if the EU labels them ‘green’

As the EU moves to label energy from nuclear power and natural gas as “green” investments, Austria is gearing up to fight this, including with a legal complaint.

The European Commission is consulting with member states and European lawmakers until tomorrow on its plans.

A final text could be published by end of the month and would become EU law effective from next year if a majority of member states or the EU Parliament fail to oppose it. 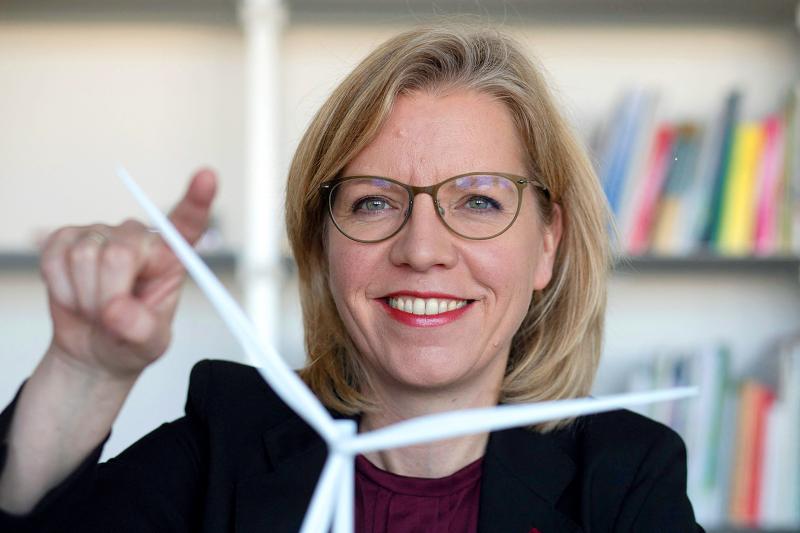 “Neither of these two forms of energy is sustainable and therefore has no place in the taxonomy regulation,” Austrian Minister for Climate Action, Environment and Energy Leonore Gewessler told reporters in an interview this week at her office in Vienna.

“If the commission continues to work with this proposal and implements it, then it is clear that we will take legal action,” Gewessler said.

Austria had “very, very strong arguments” why energy from nuclear power and natural gas should not be labeled as green and as such she has “great confidence” that a complaint at the EU Court of Justice could succeed, Gewessler said.

“The question of waste disposal [from plants that generate nuclear energy] has not been solved for decades,” she said.

“It’s as if we give our children a backpack and say: ‘You will solve it one day,’” she said.

Austria is also lobbying other members of the EU, including Germany, to oppose the commission’s proposal.

So far, Luxemburg has indicated that it would support a legal complaint, Gewessler said.