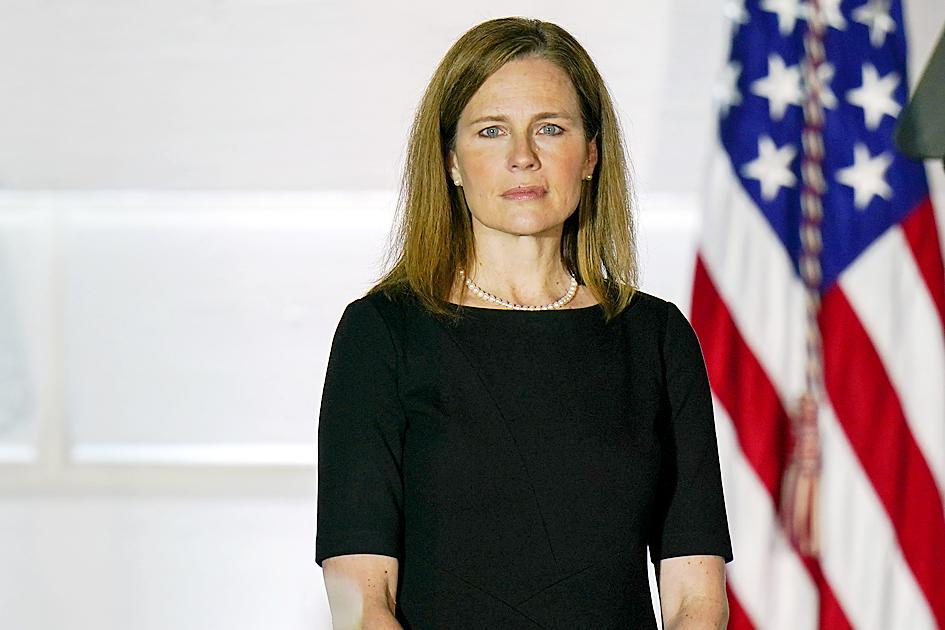 Amy Coney Barrett was on Monday confirmed to the US Supreme Court by a deeply divided US Senate, with Republicans overpowering Democrats to install US President Donald Trump’s nominee days before the election and secure a likely conservative court majority for years to come.

Trump’s choice to fill the vacancy of the late liberal icon Ruth Bader Ginsburg potentially opens a new era of rulings on abortion, the Affordable Care Act and even his own election.

Democrats were unable to stop the outcome, Trump’s third justice on the court, as Republicans race to reshape the judiciary.

Barrett, 48, was able to start work yesterday, her lifetime appointment as the 115th justice solidifying the court’s rightward tilt.

“This is a momentous day for America,” Trump said at a primetime swearing-in event on the South Lawn at the White House.

US Supreme Court Justice Clarence Thomas administered the constitutional oath to Barrett before a crowd of about 200.

Barrett told those gathered that she believes “it is the job of a judge to resist her policy preferences.”

She vowed that “I will do my job without any fear or favor.”

Monday’s vote was the closest high court confirmation ever to a US presidential election, and the first in modern times with no support from the minority party. The spiking COVID-19 crisis has hung over the proceedings.

US Vice President Mike Pence declined to preside at the Senate unless his tiebreaking vote was needed after Democrats asked him to stay away when his aides tested positive for COVID-19. The vote was 52-48, and Pence’s vote was not necessary.

“Voting to confirm this nominee should make every single senator proud,” US Senate Majority Leader Mitch McConnell said, fending off “outlandish” criticism in a lengthy speech.

During a rare weekend session he declared that Barrett’s opponents “won’t be able to do much about this for a long time to come.”

Underscoring the political divide during the pandemic, the Republican senators, most wearing masks, sat in their seats as is tradition for landmark votes, and applauded the outcome, with fist-bumps. Democratic senators emptied their side, heeding party leadership’s advice to not linger in the chamber.

Only one Republican — US Senator Susan Collins, who is in a tight re-election fight in Maine — voted against the nominee, not over any direct assessment of Barrett.

Rather, Collins said: “I do not think it is fair nor consistent to have a Senate confirmation vote prior to the election.”

Democrats were unified against Barrett. While two Democratic senators voted to confirm Barrett in 2017 after Trump nominated the Notre Dame Law School professor to the appellate court, none voted to confirm her to the high court.