US President Joe Biden on Friday pledged “unshakable” US support for the transatlantic alliance in what he portrayed as an epoch-defining struggle to safeguard democracy.

Biden used his virtual debut on the world stage, in videoconference remarks first to the G7 and then the Munich Security Conference, to assure US allies of his determination to bury the legacy left by his predecessor.

Former US president Donald Trump was not mentioned in the speech, but almost every sentence of Biden’s speech to the Munich conference was framed by how he would reverse the policies and approach of the past four years. 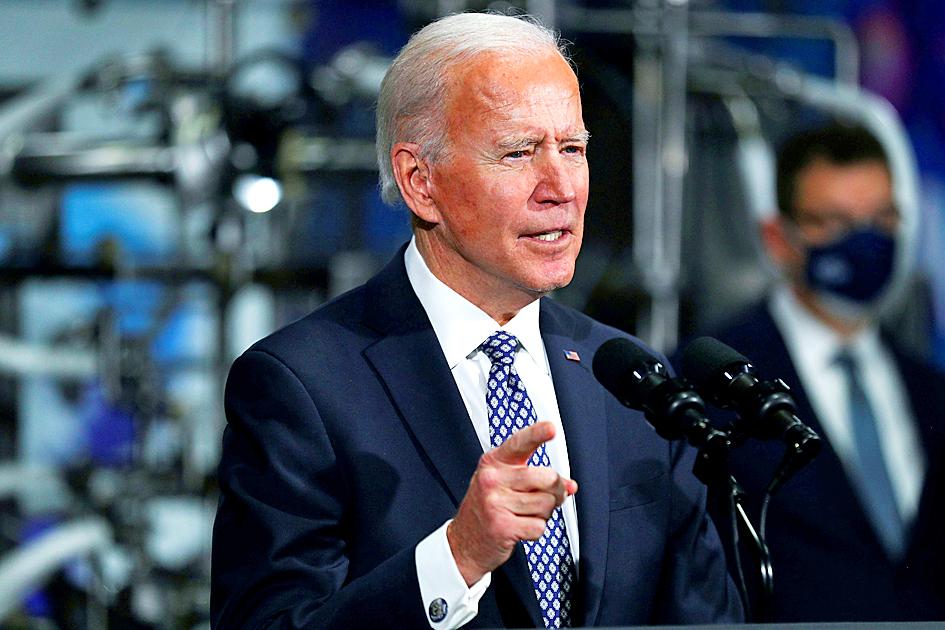 In the wake of an insurrection in Washington in which Trump’s supporters had attempted to overturn the result of the US election by force, Biden said neither he nor Europe’s leaders could take democracy for granted.

“In so many places, including Europe and the United States, democratic progress is under assault,” Biden said. “Historians are going to examine and write about this moment as an inflection point, and I believe with every ounce of my being that democracy will and must prevail.”

“That, in my view, is our galvanizing mission,” the president said, in a livestreamed speech to Munich, where he shared the virtual stage with German Chancellor Angela Merkel and French President Emmanuel Macron. “Democracy doesn’t happen by accident. We have to defend it, fight for it, strengthen it, renew it.”

Whereas former US president Barack Obama had made a trademark of Martin Luther King Jr’s optimistic quote insisting that “the arc of the moral universe is long, but it bends toward justice,” four years on, Biden said that the world’s democracies “have to prove that our model isn’t a relic of history.”

He said the US would have to work to earn back the trust of its allies if it was to resume a position of leadership, and listed all the steps he was taking to repair the many gashes left in the transatlantic partnership.

He said that the formal US return to the Paris Agreement took place on Friday, and that the previous day, the US had announced its readiness to re-enter multilateral nuclear talks with Iran, hosted by the EU. Both moves reversed Trump policies.

So, too, did the US return to the WHO, and Biden made clear that he was urgently funneling money into the collective fight against COVID-19.

He announced US$4 billion in new support for the global vaccine effort, COVAX — US$2 billion immediately and another US$2 billion over the next two years, once other donors had delivered their pledges.

In his own remarks, Macron argued that providing money was not enough.

The West, he said, had to deliver doses of vaccines to Africa, or else Africans would use Western money to buy Russian and Chinese vaccines, making Western influence “a concept, but not a reality.”