Jay Bruce made it to the New York Yankees, three-and-a-half years later than he first thought.

Bruce had just reached a Philadelphia hotel room after a train ride that followed a hitless afternoon in a New York Mets loss to the Texas Rangers at Citi Field on Aug. 9, 2017. He was with his family and hearing talk that he was about to be dealt to the Yankees, but then that swap fell through and he was sent to Cleveland for minor league pitcher Ryder Ryan.

“I wanted to go somewhere I had an opportunity to win a World Series,” he said. 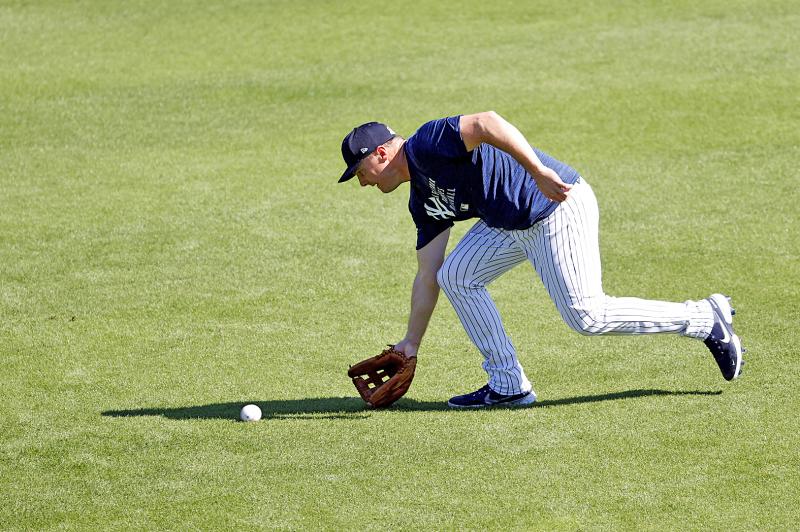 This month, Bruce agreed to a minor league contract that would pay a US$1.35 million salary while in the major leagues and US$150,000 while in the minors. If he is not added to the 40-man roster by March 25, he would have the right to opt out.

He is hoping to earn an outfield job at age 33 on a team that projects to start eight right-handed hitters most days along with switch-hitting center fielder Aaron Hicks.

However, one fewer roster spot remains open after 37-year-old outfielder Brett Gardner finalized a US$5.15 million, two-year contract this week to return for a 14th season in the Bronx.

“I’m not sure if it would have affected my decision at all,” Bruce said. “I’m excited to finally get to play with Brett. He’s someone that I came up with kind of playing against and we’ve been in the big leagues together since 2008.”

A three-time All-Star while with the Cincinnati Reds from 2008 to 2016, Bruce was traded to the New York Mets in 2016, then resigned with the Mets ahead of the 2018 season for a US$39 million, three-year contract.

He was traded to the Seattle Mariners in December 2018 as part of the trade that brought Robinson Cano and Edwin Diaz to the Mets, then was dealt to the Philadelphia Phillies the following June.

“I think it’s all health related,” he said. “I think that if I’m healthy, I’m myself. And I think that’s the biggest key. Last year I had a couple soft tissue injuries. The year before I had kind of a freak elbow deal. And if I’m healthy and I’m on the field, yeah, I think that my number, my track record shows that I am a viable option, that I can help any team out there.”

“I view my role as someone who has the ability to play both corners of the outfield, to play first base, DH when needed and provide the left-handed power that the Yankees have been looking for,” Bruce said.