The Soil and Water Conservation Bureau on Tuesday obtained the right to use a patented traditional fishing method from residents of Fata’an Village (馬太鞍) in Hualien County’s Guangfu Township (光復), marking the first time a government office has been licensed to use an Aboriginal technology.

The bureau is to fund the renovation of a fishing area in a section of Fudeng Creek (芙登溪) in Fata’an Wetland (馬太鞍濕地) using palakaw, which was patented in 2017. 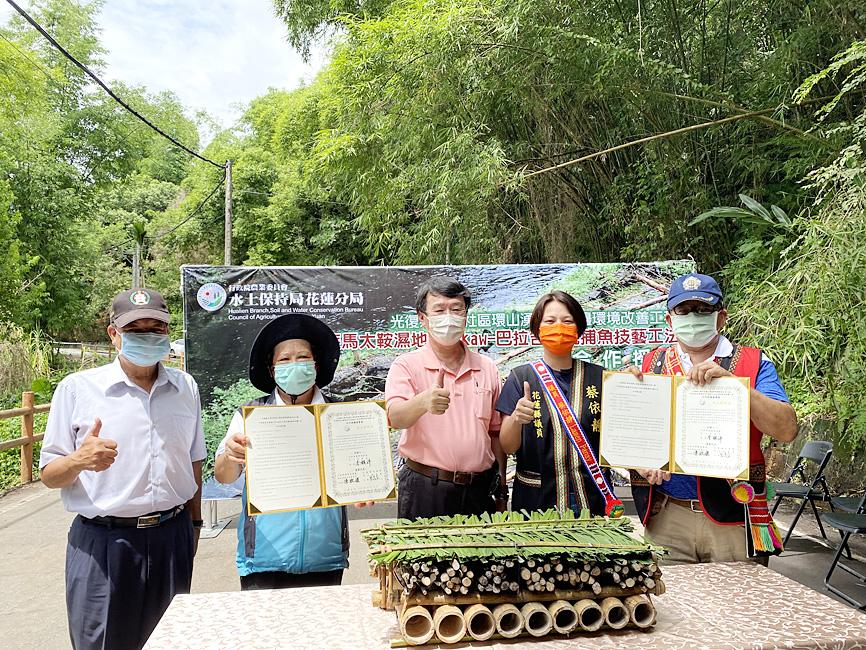 A lakaw is made of bamboo tubes, tree branches, betel nut tree leaves or other materials on hand, bound in layers to create a sort of “apartment” for fish and shrimp, he said.

The bamboo tubes comprise the lowest layer, giving bottom-feeders such as catfish and eels a place to live, he said.

The middle layer of branches is for small fish and shrimp to hide, while the top layer of leaves provides cover for larger fish, he added. 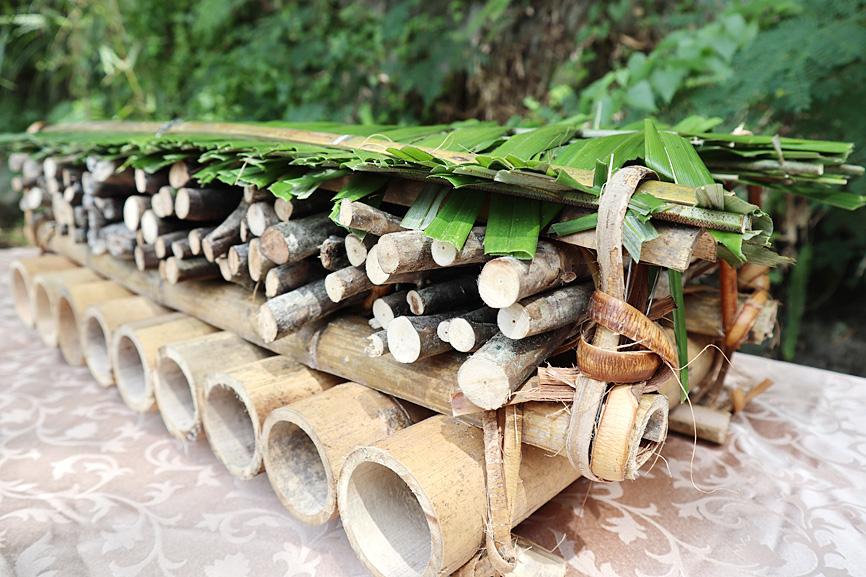 Before the harvest festival, weddings, funerals or other occasions, young villagers traditionally go to the wetlands to catch fish, he said.

All they need to do is block the ends of the lakaw and all kinds of creatures become easy to catch with nets and traps, he said.

Recognizing that Aboriginal innovations have long been stolen and used without permission for commercial profit, the government in 2015 passed the Protection Act for the Traditional Intellectual Creations of Indigenous Peoples (原住民族傳統智慧創作保護條例).

The following year, Fata’an Village residents applied to protect palakaw, which was granted a patent on Oct. 25, 2017.

The year after that, organizers of the Taichung World Flora Exposition licensed the technology for the event and invited villagers to demonstrate, Hualien County Councilor Lamen Panay said.

At a meeting of village elders three years ago, they expressed their sincere wish that young people would continue palakaw fishing in the wetland, she said.

The bureau has not only offered to fund restoration of the creek, but has also become the first public office to license the right to use an Aboriginal technology, she said, calling the event a “huge milestone.”

Hopefully, more tribes would pass on their culture in this way, ensuring that more Aboriginal voices are heard in public works projects, she added.