Police in Myanmar’s biggest city yesterday fired tear gas at defiant crowds who returned to the streets to protest last month’s coup, despite reports that security forces had killed at least 18 people a day earlier.

The protesters in Yangon were chased as they tried to gather at their usual meeting spot at the Hledan Center intersection. Demonstrators scattered and sought in vain to rinse the irritating gas from their eyes, but later regrouped.

The coup reversed years of slow progress toward democracy in Myanmar after five decades of military rule. It came on Feb. 1, the same day a newly elected parliament was supposed to take office. Ousted leader Aung San Suu Kyi’s party would have led that government, but instead she was detained along with then-Burmese president Win Myint and other senior officials. 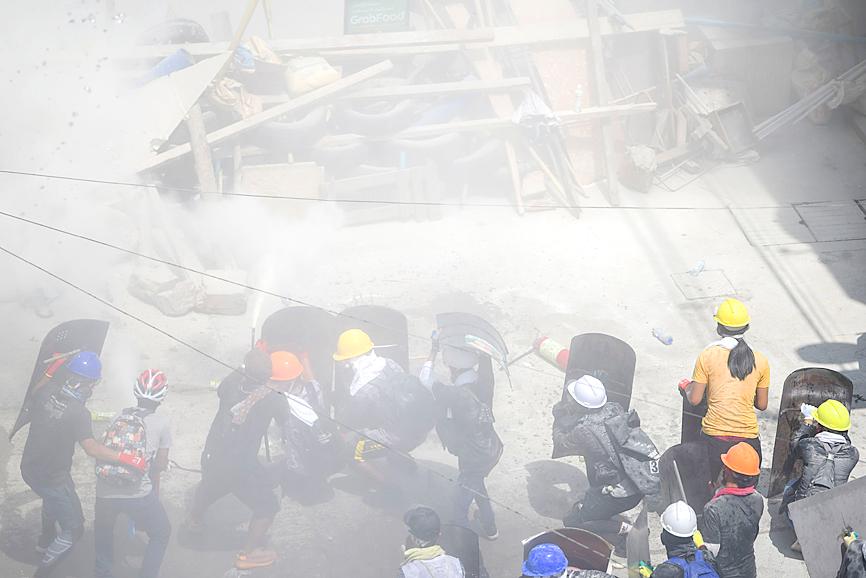 The army has leveled several charges against Aung San Suu Kyi, who yesterday made a court appearance via videoconference and was charged with two more offenses, her lawyer, Khin Maung Zaw, told reporters.

Accused of inciting unrest, she was charged under a law that dates from British colonial days and has long been criticized as a vaguely defined catch-all law that inhibits freedom of expression. That charge carries a maximum sentence of two years in prison. The other charge from carries a one-year sentence.

Following her detention on the day of the coup, the 75-year-old Aung San Suu Kyi was initially held at her residence in the capital, Naypyidaw, but members of her National League for Democracy party now say they do not know where she is. 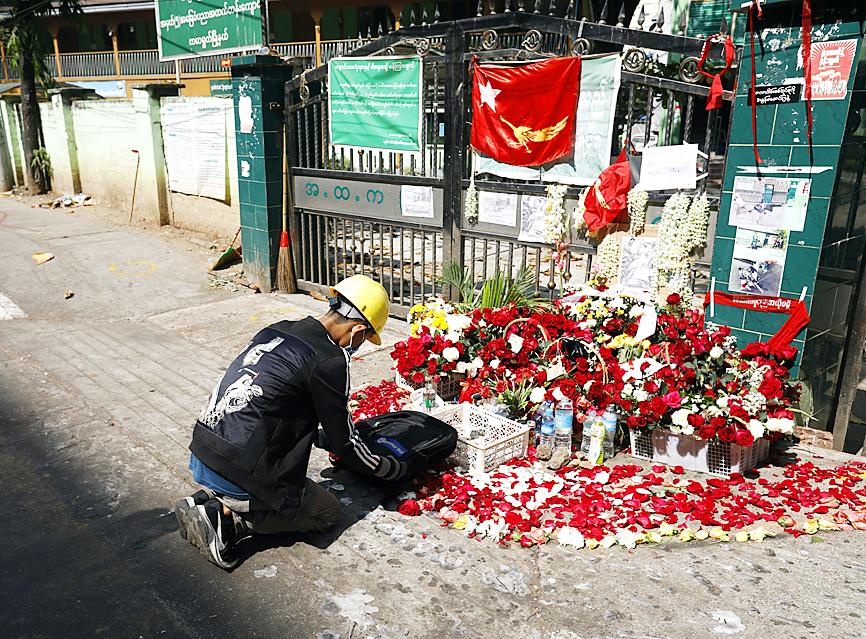 The UN said it had “credible information” that at least 18 people were killed and 30 were wounded across Myanmar on Sunday. Counts from other sources, such the Democratic Voice of Burma, an independent television and online news outlet, put the death toll in the 20s.

Any of the reports would make it the highest single-day death toll since the military takeover.

The junta has also made mass arrests, and the independent Assistance Association for Political Prisoners reported that as many as 1,000 people were detained on Sunday, although it has only confirmed 270 of those.

Several journalists have been among those detained, including one for The Associated Press.

In a statement published yesterday in the state-run Global New Light of Myanmar newspaper, the Burmese Ministry of Foreign Affairs said that the junta “is exercising utmost restraint to avoid the use of force in managing the violent protests systematically, in accordance with domestic and international laws in order to keep minimum casualties.”

However, UN Secretary-General Antonio Guterres strongly condemned the crackdown, calling the use of lethal force against peaceful protesters and arbitrary arrests “unacceptable,” and expressed serious concern at the increase in deaths and serious injuries, UN spokesperson Stephane Dujarric said.