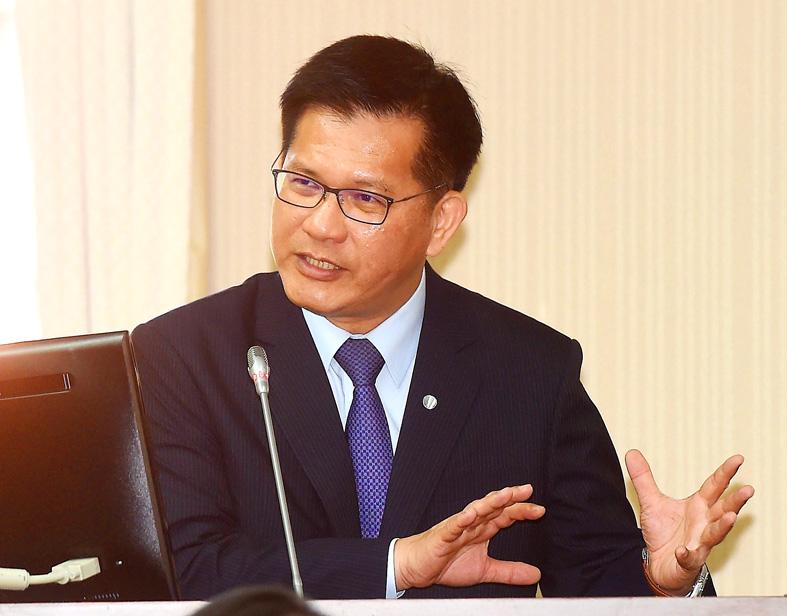 China Airlines (CAL, 中華航空) has reduced the font of its name on the exterior of its new cargo aircraft to allow more space to highlight images that represent Taiwan, Minister of Transportation and Communications Lin Chia-lung (林佳龍) said yesterday.

Lin was asked about the new exterior design of the airline’s six Boeing 777F aircraft after Jordan Arens uploaded to Jetphotos, an aviation photography Web site, a photo of a CAL airplane taken on Tuesday at Snohomish County Airport in Everett, Washington.

Instead of “China Airlines” in the middle of the exterior, the name was painted close to the tail in a smaller font than previously used.

“The airline is still testing the Boeing 777F cargo aircraft that it has purchased. The new aircraft would have more space on the exterior for us to highlight imagery representing Taiwan,” Lin said. “For now, we have reduced the font of the airline’s name. CAL will give an official explanation once the design and paintwork of the aircraft’s exterior are completed.”

The first of the six new aircraft is scheduled to arrive before the end of this year, the airline said on Wednesday.

Earlier this year, the government commissioned the airline to transport masks to other countries to help them contain the spread of COVID-19. 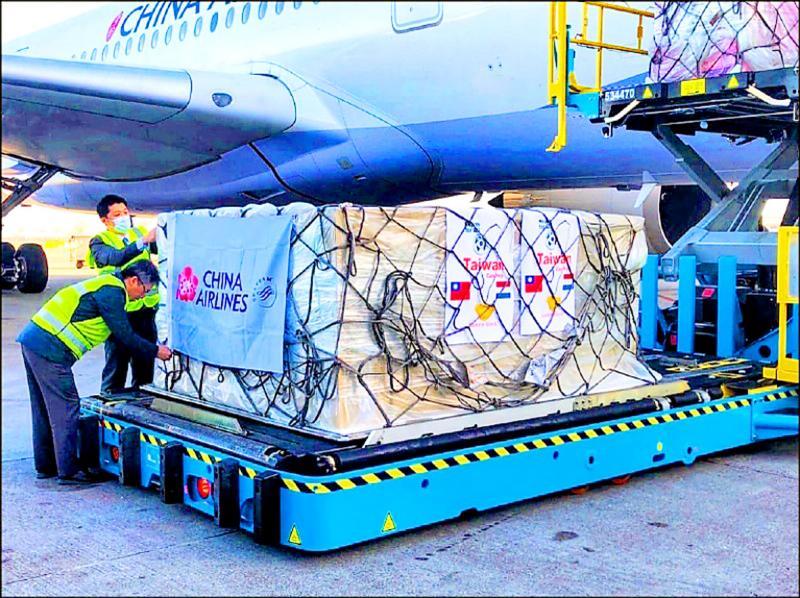 However, foreign media have mistakenly reported that it was a Chinese airline delivering the masks, prompting a debate over whether the airline should change its name in English so that such errors would not happen.

The legislature’s Transportation Committee in July passed a resolution requiring the ministry to stipulate medium and long-term plans to change the airline’s name in English as well as in Chinese.

The resolution also requires in the short term that it should consider redesigning the exterior of CAL aircraft by reducing the font of its name in English, and reinforcing “Taiwan” and imagery associated with the nation, provided that the new design would not involve renegotiating international aviation agreements.

In other news, Lin praised the Taipei City Government for offering additional subsidies to 100,000 tourists traveling to the city from next month through March 7.

Other cities and counties should follow suit, he said.

The ministry has rolled out a series of relief funds to the travel industry since the pandemic broke out at the beginning of this year, with some of the funds used to subsidize domestic tourists.

“We need local governments and travel service operators to contribute by subsidizing domestic tourists,” he said.

The Tourism Bureau on Wednesday announced the details of one of its plans to boost the domestic winter tourism market.

It would subsidize tourists aged 55 or older who travel to Taipei, New Taipei City, Taoyuan, Hsinchu City or Hsinchu County from Feb. 8 to Feb. 13, it said.

Average occupancy rates at hotels in the regions have declined by more than 30 percent amid the pandemic, it said.

People must travel by rail or bus to qualify for the subsidy, the bureau said.

Each person would receive a subsidy of NT$1,500 per night at a hotel, with the funds capped at NT$6,000 per person, it said.

Asked about the limited area and days for which the subsidies are valid for, Lin said that the plan is part of its latest relief package and mainly targets hotels with low occupancy rates, which are mostly in the north.

Hotels in central and southern Taiwan, as well as in Hualien, Taitung and outlying counties have fared relatively well, Lin said, adding that resources should be appropriated for creative travel programs, such as the one rolled out by the bureau on Wednesday.

“Tourists in the plan would be traveling in the opposite direction to most people, which would ease freeway traffic,” Lin said.

From next month to February, people on domestic tour groups would be eligible for winter travel subsidies as well, he said.

The Tourism Bureau expects a tourism rebound after spring, when the nation would begin administering COVID-19 vaccines, he said.