OSTRACIZED:
The center is to designate hospitals in four cities where pilots and flight attendants would be able to seek medical attention during quarantine

Pilots and flight attendants will soon be able to seek medical attention at designated facilities in Taipei, Taoyuan, Taichung and Kaohsiung during a five-day quarantine and when they observe self-health management, the Pilots Union Taoyuan said yesterday.

Union representatives on Monday met with Minister of Health and Welfare Chen Shih-chung (陳時中), who heads the Central Epidemic Command Center (CECC), after several pilots were denied medical services at hospitals and clinics as they were considered high-risk individuals for COVID-19.

The latest such case is a pilot who was sent to an emergency room after breaking his leg following a fall, the union said. 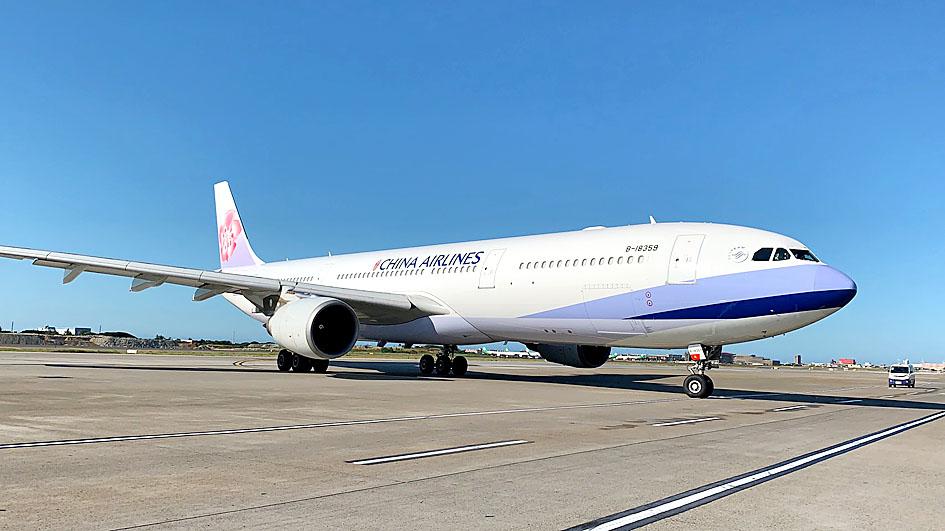 Rather than admitting the pilot into the hospital for a physical examination, hospital staff made him wait outside, where they put a cast on his leg and gave him painkillers, it said.

Chen told union representatives that it was hard for him to imagine the difficulties that aircrew face when accessing healthcare services, even though the CECC has repeatedly asked the public to treat aircrew fairly and reasonably.

To address the issue, the CECC has agreed to find designated facilities in the four cities that are equipped with negative-pressure isolation wards, where aircrew can directly seek medical attention when undergoing quarantine or practicing enhanced self-health management, the union said.

Chen told union representatives that he understood their worries and empathized with aircrew who face discrimination or whose children were denied entry into schools.

This is unfair to the majority of flight attendants and pilots who strictly follow disease prevention guidelines stipulated by the CECC, he added.

Public health officials at the CECC also pledged to call on the public not to attach labels to COVID-19 patients, the union said.

During the meeting, union representatives also asked the CECC to dispatch disease prevention specialists to travel with pilots to help identify potential sources of infection and cross-contamination during flights and at their accomodations.

The center said such a move is indeed necessary and promised to work out details with the union, it said.