Mushrooming outbreaks of the Delta variant of SARS-CoV-2 prompted China and Australia to impose stricter COVID-19 curbs yesterday, as the WHO urged the world to contain the mutation before it turns into something deadlier and draws out the COVID-19 pandemic.

China’s most serious surge of coronavirus infections in months spread to two more areas yesterday — Fujian Province and the megacity of Chongqing — in an outbreak that now spans 14 provinces.

More than 200 cases have been linked to a Delta cluster in Nanjing, where nine cleaners at an international airport tested positive. 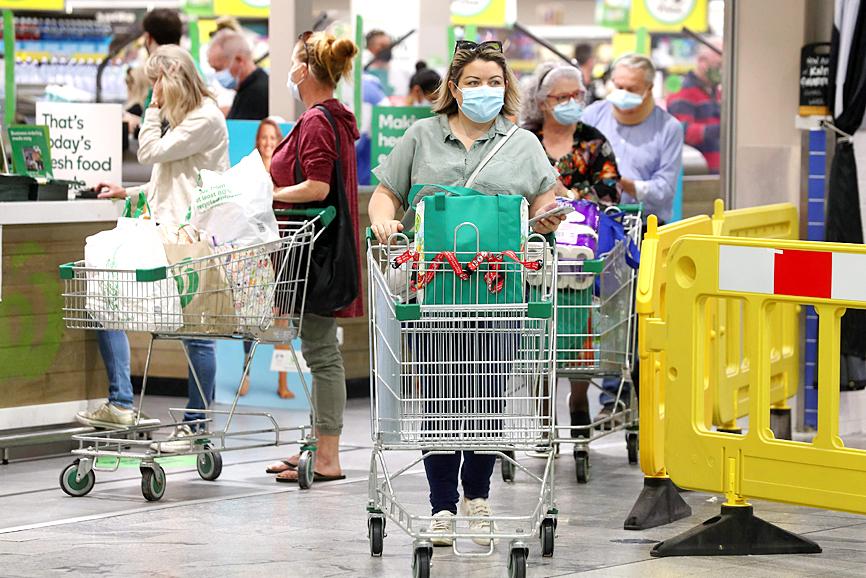 The nation where the disease first emerged has rushed to prevent the highly transmissible strain from taking root by putting more than 1 million people under lockdown and reinstituting mass testing campaigns.

Worldwide, coronavirus infections are once again on the upswing, with the WHO announcing an 80 percent average increase over the past four weeks in five of the health agency’s six regions, a jump largely fueled by the Delta variant.

First detected in India, the strain has now reached 132 countries and territories.

“Delta is a warning: It’s a warning that the virus is evolving, but it is also a call to action that we need to move now before more dangerous variants emerge,” WHO Health Emergencies Program executive director Michael Ryan told a news conference.

Both high- and low-income countries are struggling to gain the upper hand against Delta, with the vastly unequal sprint for vaccines leaving room for variants to wreak havoc and further evolve.

In Australia, where only about 14 percent of the population is jabbed, the third-largest city of Brisbane and other parts of Queensland state entered a snap lockdown yesterday as a cluster of the Delta variant produced six new cases.

“The only way to beat the Delta strain is to move quickly, to be fast and to be strong,” Queensland Deputy Premier Steven Miles said while informing millions that they would be under three days of strict stay-at-home orders.

Restrictions are also in place in many other parts of the Asia-Pacific region to combat Delta. In Malaysia, a nationwide lockdown spurred protest yesterday as people defied the curbs to take to the streets, piling pressure on Malaysian Prime Minister Muhyiddin Yassin to resign.

“This government is … crippling the economy and also destroying our country’s democracy,” Karmun Loh, taking part in the protest in downtown Kuala Lumpur, told reporters.

However, the Bangladeshi government was easing curbs, despite a Delta surge, prompting hundreds of thousands of garment workers to rush back to major cities after the government said export factories could reopen from today.

With the Delta variant spreading at speed, doubts are growing over the efficacy of vaccines against the strain.

The US Centers for Disease Control on Friday released an analysis that found fully immunized people with so-called breakthrough infections of the Delta variant can spread the disease as easily as unvaccinated people.