RELIANCE ON CHINA:
The amount of fruit exported to HK, Japan, South Korea and the US grew last year, and Taiwan now has approval to ship pineapples to Australia

The government would continue to diversify export markets for Taiwan’s agricultural products, the Council of Agriculture (COA) said yesterday, after China on Friday announced that it would suspend imports of pineapples from Taiwan.

Taiwan has exported 6,200 batches of pineapples to China since last year, but China only reported finding scale insects among the fruit 13 times, while 99.79 percent of the pineapples sent to China passed customs testing, council data showed.

“We have been helping farmers explore markets with high-export potential to avoid the risks caused by having a single export market,” the council said. “We have offered different incentives to boost exports to target markets, assisted agricultural associations in participating in international and domestic agricultural product exhibitions, and worked with supermarket chains in Singapore and other countries to set up Taiwanese produce sections.” 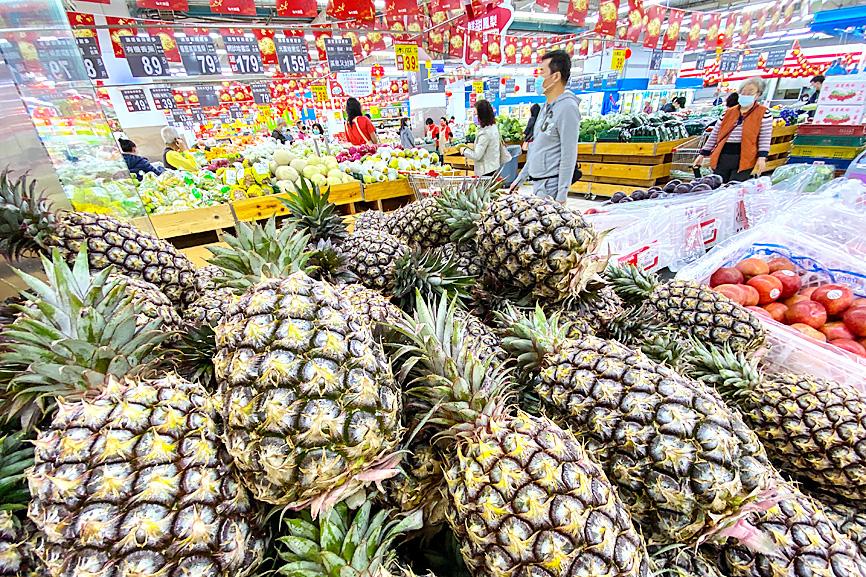 Some of Taiwan’s farmers have secured halal certification with the council’s assistance, allowing them to export their products to Muslim countries, it said, adding that these measures have not only led to a significant increase in agricultural exports, but have also helped diversify export markets.

Over the past three years, Taiwan exported an average of about 91,000 tonnes of fruit per year, 80 percent of which went to China, the council said, adding that the amount of fruit exported to Hong Kong, Japan, South Korea and the US grew by 68 percent, 37 percent, 75 percent and 210 percent respectively last year.

Pineapples exported to Japan reached a record 2,160 tonnes last year, the council said, adding that Taiwan has been given approval to export fresh decrowned pineapples to Australia after years of effort.

The council said it would ensure that Taiwanese fruit can be exported to other countries to stabilize domestic fruit prices.

FamilyMart, which is contracted to manage the businesses at the Chiang Wei-shui Memorial Freeway’s (Freeway No. 5) Shiding Service Area, gave out Golden Diamond pineapples to customers who spent more than NT$688 in the service area, the bureau said.

At the Formosa Freeway’s (Freeway No. 3) Guanmiao Service Area, which is close to a production site for Golden Diamond pineapples, people can purchase pineapples and have them sliced, it added.

Nan Ren Hu Entertainment, which manages the Guanmiao Service Area and five other freeway service areas, said it would work with the Chiayi County Government to launch a week of pineapple sales at all six service areas from Saturday next week.