In the nearly four years since its creation, the National Police Agency’s (NPA) Counterterrorism Center has only been used for 38 days for counterterrorism training exercises, the National Audit Office said in a budget report on Thursday last week, calling on the agency to increase usage of the costly facility.

The NT$550 million (US$19.69 million) center in Taoyuan’s Sinwu District (新屋) — intended for use in simulating terror-related scenarios to train police and national security forces — opened in March 2017 after years of setbacks.

Its facilities include training grounds for urban combat, climbing and rappelling, hostage rescue and antiterrorism combat, as well as a multipurpose building, dormitory and cafeteria. 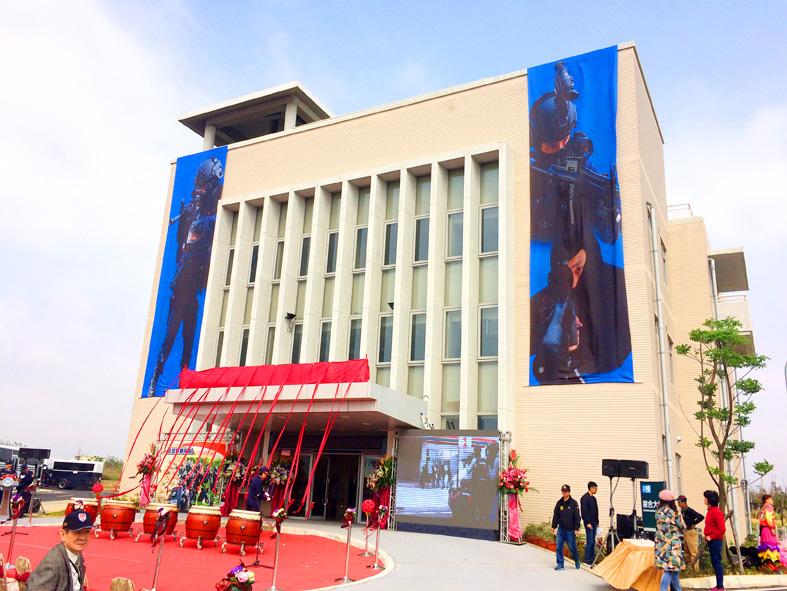 Although the Ministry of the Interior approved the project in 2003, the groundbreaking ceremony was not held for another eight years.

Scheduled for completion in 2014, revisions and difficulty in finding contractors delayed the start of construction another four years until 2015.

However, the center has been underutilized in its first 960 days of operation from March 21, 2017, to Nov. 30 last year, the office said in its report for this past fiscal year.

During this period the center was only used 38 days for counterterrorism drills, or 3.96 percent of the time, the report said.

Only four joint antiterrorism exercises were held during the period: one each in 2017 and 2018, and two in 2019 for a total of four days, it added.

The Military Police Special Services, Coast Guard Investigation Branch and other special forces held seven drills between them, one each in 2017, 2019 and last year, and four in 2018, it said.

These seven exercises lasted a total of 34 days, training 844 officers, it showed.

By facility, the dormitory and antiterrorism combat training ground were used five times each, the hostage rescue facility was used four times, and the climbing and urban combat facilities were used three times each, it said.

The center has mostly been used for general police training rather than specialized counterterrorism response, it said.

Although training police at the center increases its overall usage, it does not fulfill the original purpose of the facility, the office said, adding that it has already sent the NPA a formal request to hold more counterterrorism drills.

The NPA said it would continue conducting counterterrorism trainings at the center, including joint drills with security and police forces.

It also vowed to make better use of the center by inviting special forces and police departments from neighboring counties to conduct training drills, thereby providing additional opportunities for observation and exchange.