HELPING HAND:
Family members and caregivers can help older people by massaging their legs during the two days following vaccination, a doctor said

They should particularly avoid over-exerting the arm they were vaccinated in, Huang Yi-chun (黃奕竣) said.

Health workers yesterday began administering the 1.24 million shots of AstraZeneca vaccine received from Japan last week, and those aged 75 or older are included in the categories of eligible people. 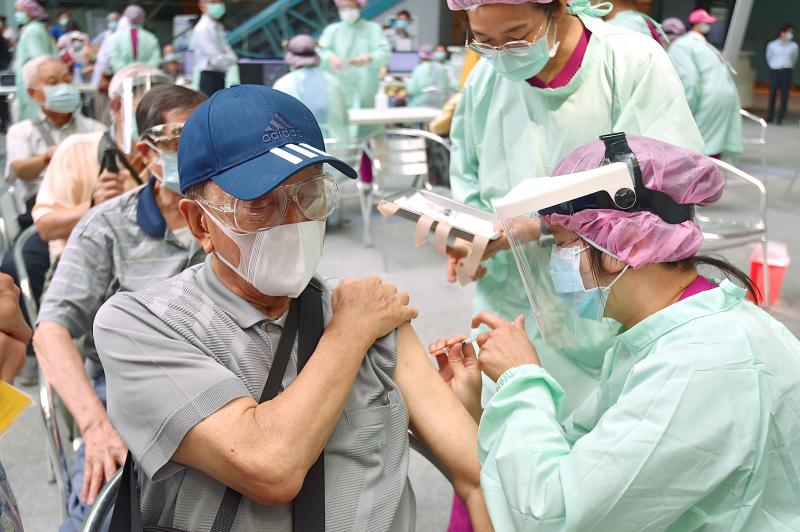 On the day of vaccination, as well as immediately after vaccination, it is advisable to drink plenty of water, Huang said.

It is also advisable for men to sit while urinating at night after being vaccinated to avoid injury from the potential side effect micturition syncope — fainting while urinating due to a severe drop in blood pressure, he said.

Vaccinated people should ensure they have adequate nutrition in their diet, particularly protein, which helps the immune system produce antibodies, Huang said, adding that those with a lack of appetite the day after vaccination could try eating boiled eggs or egg dessert. 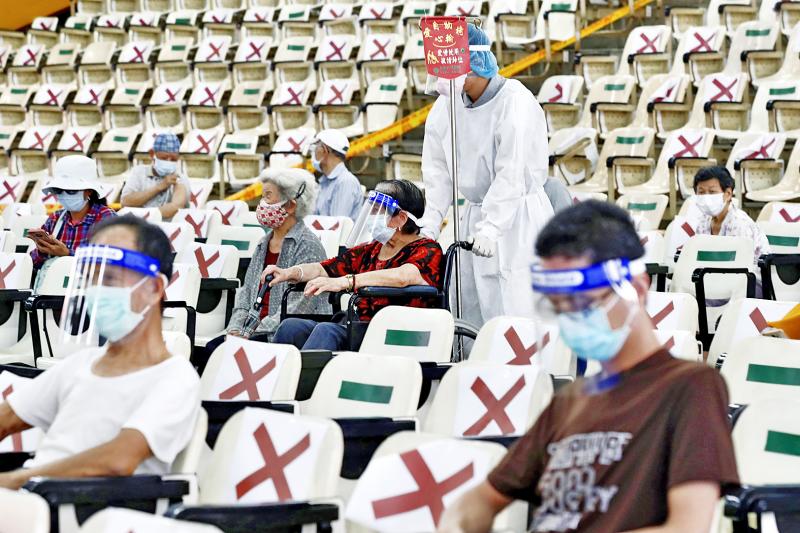 Those who take vitamin supplements should take vitamins C and E, and spend 15 minutes in the sun every day to boost vitamin D intake, all of which helps the immune system, he said.

Those who suffer from sarcopenia — progressive muscle loss — should in particular supplement intake of those vitamins, as well as foods with branched-chain amino acids and omega-3 fatty acids, he added.

It is important for older people to maintain pressure on the injection site for a longer time after vaccination, because blood coagulates more slowly in older people, Huang said.

“It is also a good idea to exercise the deltoid muscle [shoulder] before getting vaccinated, because side effects may be less pronounced the thicker the muscle is,” he said.

Some discomfort after vaccination is a normal response in a healthy person, he said.

“If you regularly suffer from inflammation of any body part, that’s really going to flare up after you get vaccinated, so that’s something older people should be aware of,” Huang said.

Family members and caregivers can help older people by massaging their legs during the two days following vaccination to help the blood flow, he said.