CLASSES HALTED:
Cram schools have had to return tuition fees due to mandatory closures and might need to lay off half of their staff because of a lack of revenue

The COVID-19 pandemic has taken a toll on the education sector, with some cram schools and tutoring centers saying they might soon be unable to pay their instructors due to the extension of a nationwide level 3 COVID-19 alert.

The heightened alert level means schools must remain closed, so cram schools and tutoring centers have had to return tuition fees, one cram school said.

June is normally the peak season for recruiting new students at cram schools and tutoring centers, but this year many such schools might need to lay off half of their staff due to a lack of revenue, some operators in the sector said, adding that schools have had to spend money on equipment to continue running some of their classes online. 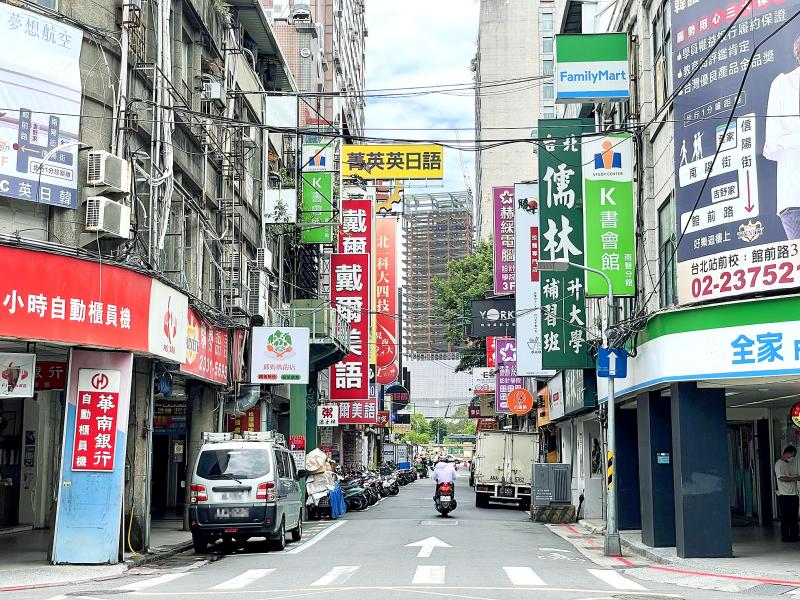 About 30 percent of the nation’s cram schools and tutoring centers would likely face closure if the level 3 alert is extended throughout the summer, they said.

The level 3 alert was imposed in Taipei and New Taipei City on May 15 and expanded nationwide four days later. It has been extended through June 28, while schools are to remain closed until July 2.

“The private education sector has been hit worse by this outbreak than it ever has been before, and we still need to pay rent,” one tutoring center said, estimating that it would incur a total loss of NT$2 million (US$72,382) for last month and this month.

“Things are a bit better for cram schools, because they can teach some classes online, but some families require tutors to assist their children in person, so about 20 to 30 percent of tuition fees have had to be returned,” it said.

Some families have also seen their income affected by the pandemic, so they cannot afford cram schools or tutors even if classes are available online, it said.

After classes reopen, cram schools and tutoring centers would likely see only about 60 to 70 percent of their students return in the short term, and full recovery would likely take at least six months, some cram school operators said.

Some tutors have also been earning unreported income from online classes, “and it is possible that we will see consumer disputes arising from that in the future,” the operators said.

Cram schools and tutoring centers might find it difficult to recruit students after the pupils experienced such an abrupt halt to their studies, they said.

Under the government’s relief program, cram schools and tutoring centers that earned half their March or April revenue in any month from last month to next month can apply for a one-time subsidy of NT$40,000 per employee.

However, due to the nature of the sector, many instructors teach at a number of schools on a part-time or class-by-class basis — rather than being full-time employees of one school — and are therefore ineligible for subsidies, one tutoring center said.

“It would be helpful if the government could issue ‘education vouchers’ to reduce the burden on families affected by the pandemic, and to encourage continued enrollment once the pandemic alert level is reduced,” it said.

Shih Chen-hsu (施貞夙), an official at the Taipei Department of Labor, said cram schools and tutoring centers in the city can apply to the city government for subsidized instructor salaries, in addition to the central government’s relief program.

Schools can apply to the city government for a guaranteed minimum salary of NT$24,000 per instructor for three months, she said, adding that applications can be made until June 30 next year.

Taipei Department of Education Deputy Commissioner Chen Su-hui (陳素慧) said the city has been encouraging property owners to reduce rent during the pandemic, adding that a number of property owners have reduced rents by 10 to 20 percent.

The Taipei Department of Education is also collecting feedback on relief measures and would pass its findings on to the Ministry of Education, she said.