‘PRECAUTIONARY MEASURE’:
Authorities asked anyone who bought a hamster after Dec. 22 to hand it over after hamsters at a shop tested positive for the Delta variant

Hong Kong’s government yesterday faced outrage over its decision to cull hundreds of small animals after hamsters in a store tested positive for COVID-19.

Its latest measures target hamsters and other small mammals — including chinchillas, rabbits and guinea pigs, which authorities on Tuesday said would be culled as a “precautionary measure.” 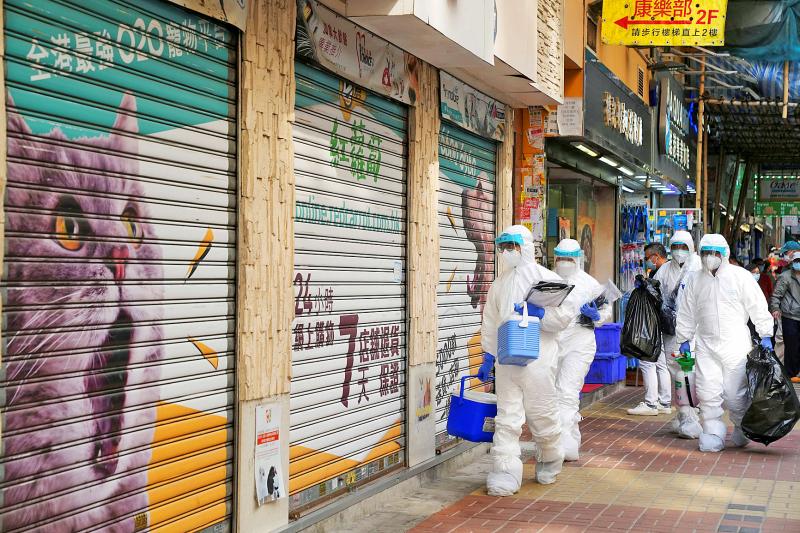 The drastic move came after hamsters sold at the Little Boss pet shop tested positive for the Delta variant of SARS-CoV-2 — now rare in Hong Kong.

Officials in personal protective gear carried red garbage bags marked with biohazard warnings out of the shop on Tuesday night.

Authorities “strongly encouraged” anyone who bought a hamster after Dec. 22 last year to give up their pet for culling. 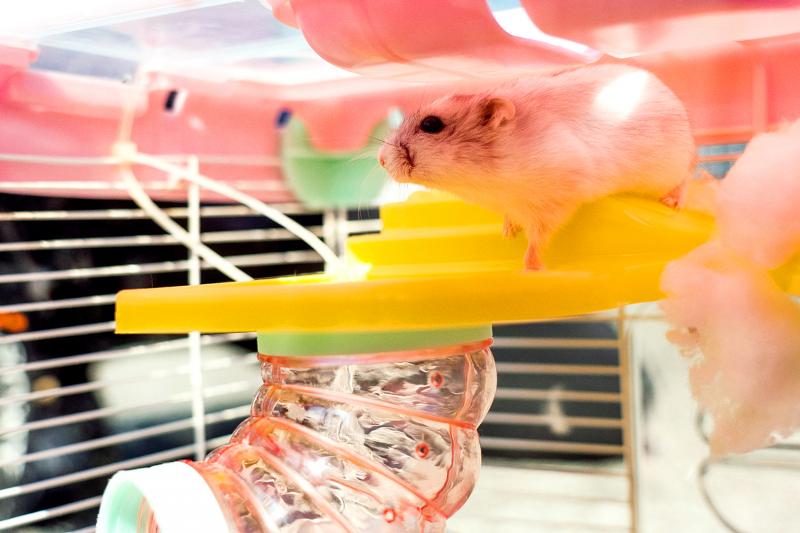 Animal lovers across Hong Kong reacted with alarm: The Society for the Prevention of Cruelty to Animals (SPCA) denounced the decision and a Change.org petition garnered more than 23,000 signatures in less than a day.

“The SPCA is shocked and concerned over the recent announcement about the handling of over 2,000 animals,” it said in a statement yesterday. “We urge pet owners not to panic or abandon their pets.”

One hamster lovers’ group said it received more than 20 inquiries about whether owners had to give up their furry friends.

Authorities on Tuesday said that the COVID-19-positive creatures were believed to be imported from the Netherlands.

“Internationally, there is no evidence yet to show pets can transmit the coronavirus to humans, but … we will take precautionary measures against any vector of transmission,” Hong Kong Secretary for Food and Health Sophia Chan (陳肇始) told a news conference.

About 1,000 animals sold at Little Boss and another 1,000 hamsters in dozens of pet shops across Hong Kong would be culled, authorities said.

The import of small mammals has also been banned.

One owner — who bought her pet on Jan. 1 — reacted in defiance.

“No one can take my hamster away unless they kill me,” she told the Standard newspaper yesterday.

She pushed back on the government’s mass cull, recalling a recent birthday party attended by officials that resulted in multiple COVID-19 infections and left Hong Kong’s leadership red-faced.

“Will they also kill all infected COVID-19 patients and their close contacts?” she said. “If all people who attended the birthday party are culled then I will hand my hamster to the government.”

A grim humor settled on Hong Kong-centric social media accounts, with people publishing illustrations of hamsters wearing surgical masks or facing off against the Grim Reaper.

However, the government’s decision has some supporters.

Microbiologist Yuen Kwok-yung (袁國勇), who is also a government adviser, praised the measure as “decisive” and “prudent.”

Some heeded the call to give up their rodents yesterday, with one man saying he agreed with the authorities’ rationale of limiting the spread of the virus, local broadcaster RTHK reported.

Asked about Hong Kong’s hamster cull, the WHO said some animal species can be infected with COVID-19, and animals can reinfect humans.

“That risk remains low, but it is something that we are constantly looking at,” said Maria Van Kerkhove, technical lead of COVID-19 response at the WHO.