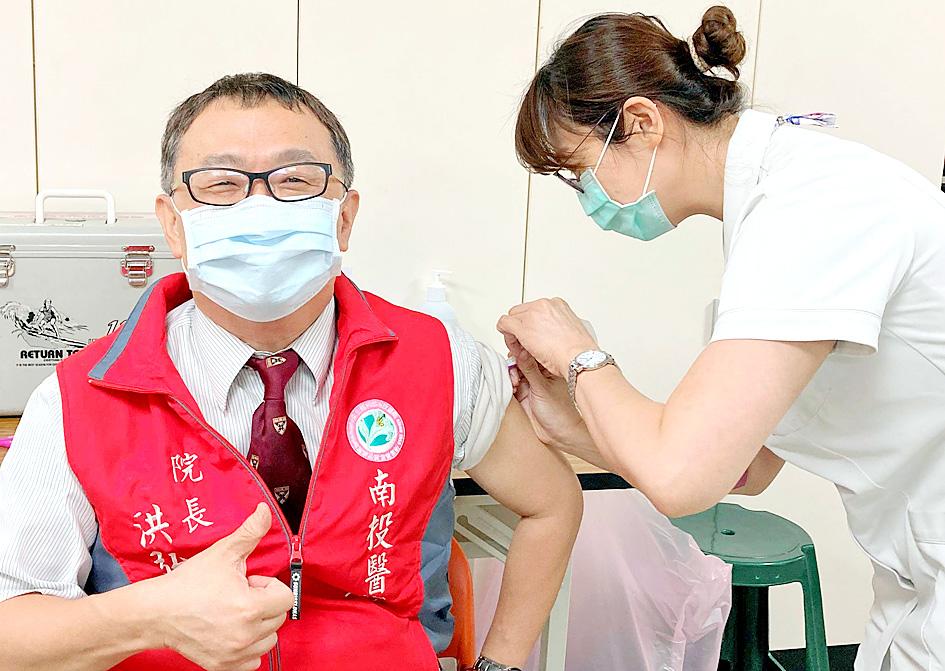 UNDERLYING CONDITIONS:
Adverse events caused by the flu vaccine have been sporadic, and were not caused by a single batch of immunizations, a CDC physician said

Four deaths have been reported to the vaccine adverse event reporting system this year, the Centers for Disease Control (CDC) said yesterday, but added that its advisory specialist panel considered the causes to be associated with underlying health conditions, so the government’s flu vaccination program would continue.

CDC Deputy Director-General Chuang Jen-hsiang (莊人祥) said that an Advisory Committee on Immunization Practices and Vaccine Injury Compensation Program meeting was held on Monday evening to discuss the death of dozens of people in South Korea following the beginning of a seasonal flu vaccination program there.

Chuang said 76 claims of flu vaccine adverse events had been reported to the adverse event reporting system as of Monday, including 25 serious cases, 13 of whom involved prolonged hospital stay, life-threatening conditions or death.

People who claimed to have mild vaccine adverse events reported symptoms including dizziness, a headache, skin rashes, swollen skin and a fever, but the majority of them have recovered, it said.

Among the 13 serious cases, four people have died after receiving a flu shot, CDC physician Tsou Tsung-pei (鄒宗珮) said, adding that they were aged from 62 to 77, and died within three to 10 days after getting vaccinated.

She said three of them had received a flu shot manufactured by French pharmaceutical company Sanofi, but not from the same batch, and one received a shot made by local vaccine maker Adimmune Corp (國光生物科技).

The people were asked in advance if they had experienced serious adverse reactions after receiving a flu shot in the past, and whether they had a fever or a moderate or severe illness that should delay the vaccination, she said.

Tsou said the four died of cardiovascular events, including cerebral hemorrhage and myocardial infarction, and that the advisory specialists considered the events to be more likely caused by the individuals’ underlying health conditions, rather than adverse reactions to the flu vaccination.

Chuang said the specialists at the meeting also suggested that the CDC continue with the flu vaccination program, while closely following up on reported vaccine adverse events.

South Korean authorities have said the deaths there were not linked to flu vaccination and the nation’s vaccination program would continue, he said.

While Singapore has temporarily halted the use of two types of flu vaccines as a precaution, other countries have continued with their flu vaccination programs.

Tsou said the specialists think the benefits of continuing with the flu vaccination program outweigh the risks, as the vaccine adverse event claims were sporadic, not clustered, and the people did not receive vaccines from the same batch or experience similar symptoms.