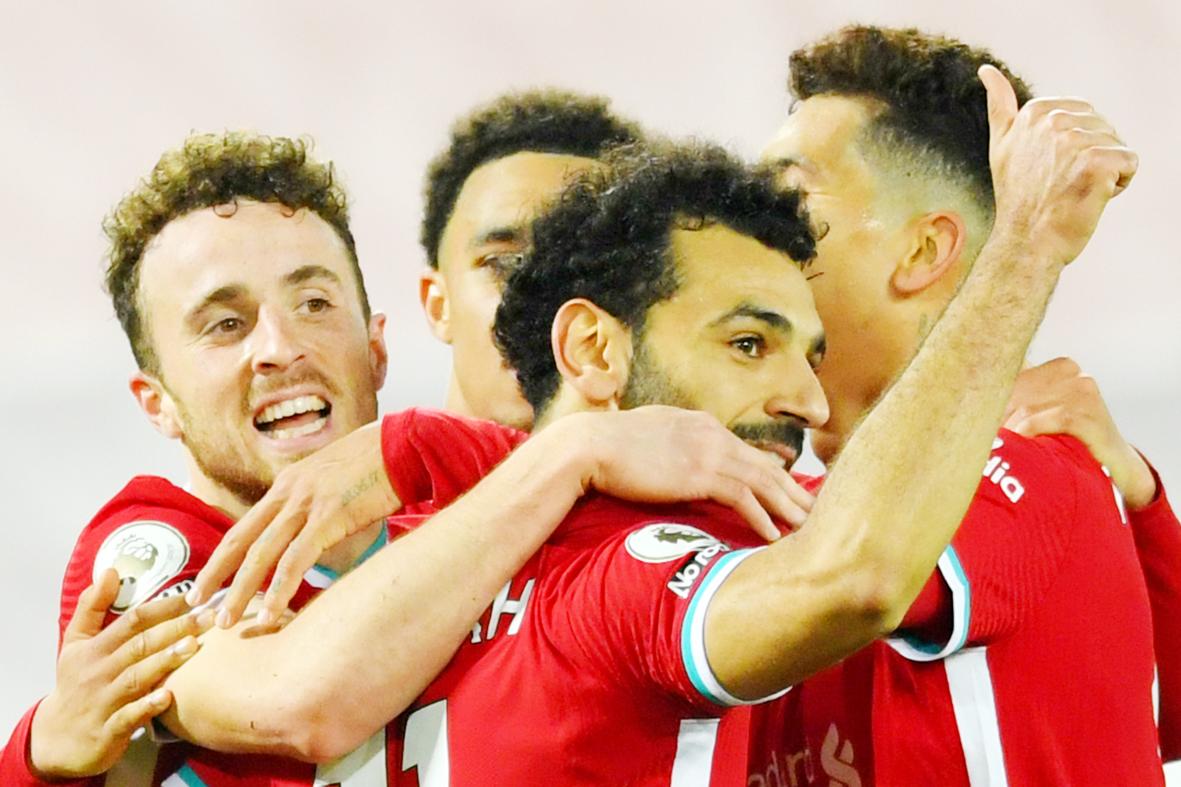 Liverpool manager Juergen Klopp praised his team’s ability to cope with “injustice” as the Premier League champions survived a scare on Saturday to beat Sheffield United 2-1.

Klopp’s side trailed to Sander Berge’s controversial first-half penalty at Anfield, with the Reds frustrated that the video assistant referee (VAR) gave the spot-kick, despite Fabinho’s foul appearing to take place outside the area.

However, Roberto Firmino equalized before the break and Portugal forward Diogo Jota completed the escape act with his second goal since signing from Wolverhampton Wanderers last month.

After losing Virgil van Dijk to a serious knee injury in last weekend’s Merseyside derby draw at Everton, the Reds have proved they can survive without their influential Dutch centreback.

“The penalty was not even a foul. During a season there are so many different periods, we have had an injustice and we have had to go again,” Klopp said. “I love these games. You have to work hard. You earn the easier games when it all goes your way on nights like this.”

“We struggled with [Oli] McBurnie in the first half, but we changed our positioning and won the second balls. We were dominating at 2-1 and had some really good football, but then they came back,” Klopp said.

“They never give up, I respect that so much. They go and go and go. [Sheffield United coach] Chris [Wilder] is doing a wonderful job,” he added.

Real Madrid on Saturday averted a crisis in the best way possible by beating Barcelona 3-1 in the first empty El Clasico, landing an early blow in La Liga’s title race.

Barca had the chance to inflict a third consecutive defeat on their rivals and increase the pressure on Real manager Zinedine Zidane. Instead, Madrid’s win earns them a six-point lead over the Catalans, having played one game more.

“They are only three points, but we have to enjoy them, especially after everything that has been said about the squad,” Zidane said.

Sergio Ramos’ penalty and a late Luka Modric goal finished Barcelona off after Federico Valverde and Ansu Fati had traded early strikes in a compelling game that defied those expecting further evidence of two heavyweights in decline.

“You always have bad spells in a season and hopefully this one only lasted a week,” Ramos said. “To win in the home of your oldest rivals is always satisfying.”

Robert Lewandowski on Saturday took his Bundesliga tally to a record 10 goals in the first five games of this season with a hat-trick as Bayern Munich thumped Eintracht Frankfurt 5-0, then issued a warning to the European champions’ future opponents.

Lewandowski has scored nine goals in his last three league games and wrapped up his treble within an hour at the Allianz Arena.

Inter coach Antonio Conte hailed Romelu Lukaku’s progress since joining the team last season as the Belgian scored his seventh goal this campaign in a 2-0 Serie A win over Genoa.

Second-half strikes from Belgium striker Lukaku and Danilo D’Ambrosio put Conte’s Inter third, ahead of Atalanta who fell 3-1 to Sampdoria.

“Romelu is now a different player, compared to a year ago, he’s improved in every respect,” Conte said.

“In the past, I said that he was a rough diamond, which is why he was always someone I wanted to work with,” he said. “He’s improving on a daily basis and adding quality to his game.”