‘TENSE ATMOSPHERE’:
Those present at the book launch recalled fears at the founding meeting, while celebrating photographer Chiu Wan-hsing’s tribute to the party

“We must never forget the DPP’s original spirit and the party’s founding principles. Taiwanese have much expectation for the DPP, and we must remember this responsibility,” President Tsai Ing-wen (蔡英文), who is the DPP’s chairperson, said in her keynote address. 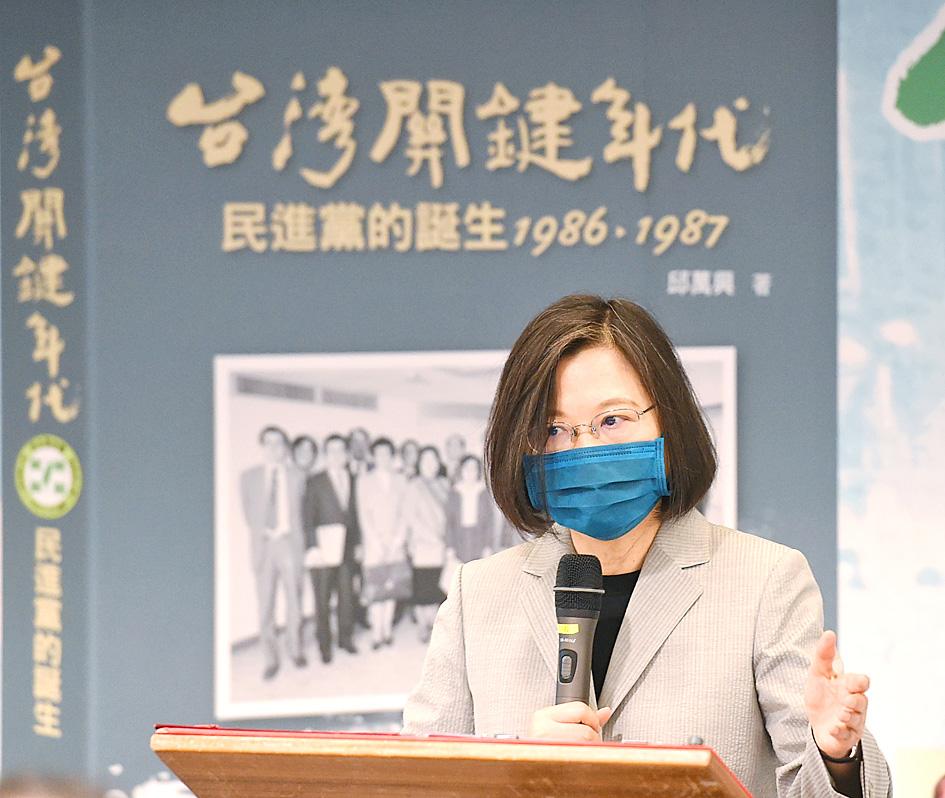 Chiu has for years been associated with the DPP, donating many photographs, early DPP publications and election pamphlets to the party for the establishment of a museum celebrating the the DPP’s history.

Those who were present at the DPP’s founding event recalled the tense atmosphere as many feared that then-president Chiang Ching-kuo (蔣經國), who was also the Chinese Nationalist Party (KMT) chairman at the time, might order security forces to crack down on the newly founded party.

There were rumors that opposition leaders would be arrested, they said.

You Ching said that he made calls to foreign news organizations upon arriving home from the event.

It was urgent to announce the party’s founding to the world, he said, adding that it was crucial that foreign media reported the event.

In the party’s early days, DPP members lobbied foreign governments to support Taiwan’s push for democracy and recognize the atrocities committed by the KMT during the waning Martial Law era, he said.

Chiang told Graham that the government would lift martial law and introduce reforms and policies to liberalize Taiwan, You Ching said.

In the interview, Chiang also said that any newly formed party would need to adhere to the Republic of China Constitution and contribute to countering the agenda of communist China, You Ching said.

The interview assured DPP members that “Chiang had come to accept the DPP’s existence,” he said.