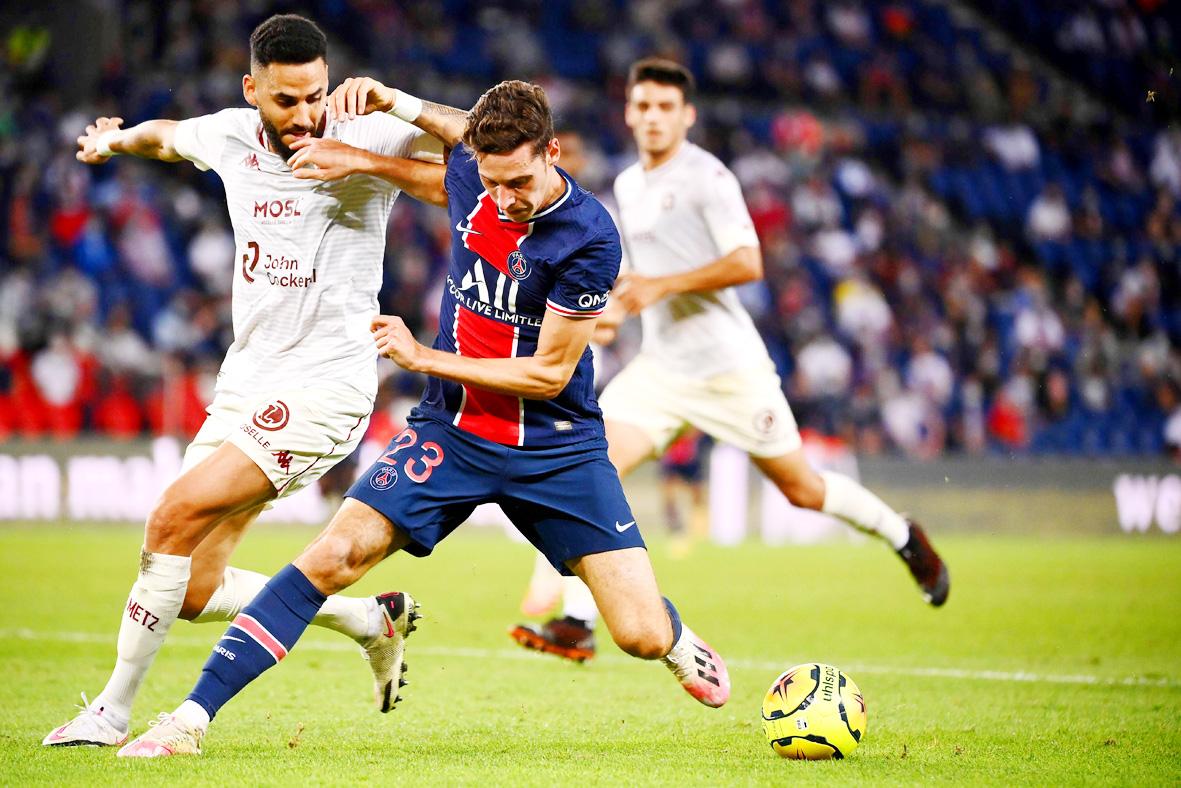 Julian Draxler on Wednesday scored in added time to give depleted Paris Saint-Germain (PSG) their first league win of the season, 1-0 at home against Metz.

PSG, shorn of many stars before kickoff, were playing with nine players when Draxler pounced on a rebound to nod home PSG’s first goal of the league season.

“I’m very proud. It’s incredible, honestly. I still have to think about it because I still can’t believe it,” PSG coach Thomas Tuchel said after the game.

PSG, who started the game seriously depleted, were reduced to 10 players after 65 minutes when central defender Abdou Diallou collected a second yellow card and his club’s fourth of the season.

In the dying seconds, defender Juan Bernat, a 63rd minute replacement, limped off with a knee injury, leaving PSG, who had used all of their replacements, with nine players.

“All the fans can be proud. We still deserved to win, at 9 against 11,” Tuchel said.

As the match was happening, the French league announced two-game bans for Neymar and Leandro Paredes, and a six-game ban for Layvin Kurzawa after they were given red cards during a home loss to Marseille on Sunday that ended in a brawl.

PSG had opened the season with two defeats for the first time since the 1984-1985 season, losing by one goal to RC Lens and then Olympique de Marseille.

On Wednesday, they again dominated possession, but lacked a cutting edge until Draxler pounced in the dying seconds and saved them from starting a season goalless in three goalless for the first time in their 50-year history.

“At 11 we missed all our chances. In the second half, we were tired. It wasn’t easy to create chances. At 10, we still had two great chances — we still miss, we don’t score,” Tuchel said. “This team has shown once again that they have extraordinary spirit.”

“We ruined everything. If we lost tonight it’s our fault, because we let in a goal at nine against 11,” he said. “No, that’s not allowed.”