More than 400 European parliamentarians have urged leaders to use the new US administration as an opportunity to stop what they term Israel’s “de facto annexation” of the occupied West Bank.

A letter, seen by Agence France-Presse, was signed by 400 European politicians, including members of national legislatures and senates, as well as members of the European Parliament. 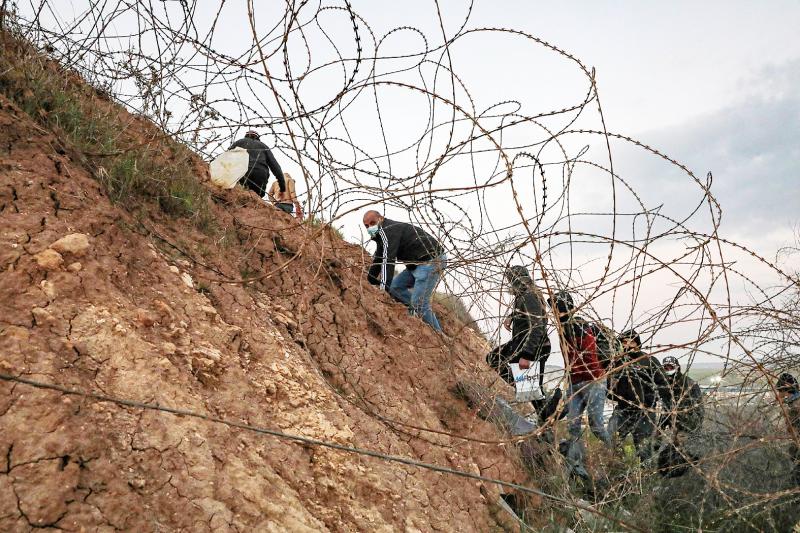 “The previous US administration left the conflict farther away from peace than ever,” it added.

Former US president Donald Trump broke with much of the international consensus concerning the Israeli-Palestinian conflict.

Trump recognized Jerusalem as Israel’s “undivided capital” and moved Washington’s embassy there, infuriating the Palestinians who claim the eastern part of the city as the capital of their future state.

Under Trump, the US Department of State also said it no longer viewed Jewish settlements in the occupied West Bank as illegal.

“However, developments on the ground clearly point to a reality of rapidly progressing de facto annexation, especially through accelerated settlement expansion and demolitions of Palestinian structures,” the letter said.

“Europe must work with the Biden administration, countries in the region and the parties on the ground to prevent unilateral action undermining the possibility of peace, advance the rights and security of all people under Israel’s effective control,” it added.

Israel’s occupation of the West Bank began following the Six-Day War of 1967, the conflict that also saw it seize control of east Jerusalem, an area it later annexed.

The EU insists any viable Israeli-Palestinian peace deal must be based on Israel’s pre-1967 borders, conditions rejected across much of the Israeli political spectrum.

Biden has indicated his administration would restore US opposition against settlement expansion in the West Bank, but he does not intend to order the US embassy be moved back to Tel Aviv.